The Symbolism of Figs in the Sense of Belief and Health

The symbolism of figs could start with Adam and Eve because, according to legend, the fig tree’s magnificent leaves hid their nakedness. Also, Romulus and Remus were born in their warmth. Under the canopy of this tree, the Buddha experienced enlightenment and is also mentioned in the Bible. Sweet fruit symbolically signifies life, prosperity, and fertility. As such, like purple nectar, it was Cleopatra’s favorite delicacy and the elixir of youth.

The Symbolism of Figs Occurs in Many Cultures and Religions 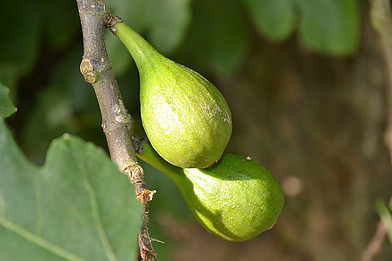 The succulent medicinal plant, which hides a delicacy reminiscent of honey under its delicate green bark, has found its place in many cultures and religions. It originates from ancient Mesopotamia, where according to the found pharaonic writings, it can be concluded that figs were grown in Egypt in the period of 4000 BC.

From here, traders brought it to the shores of the Mediterranean as a dry exotic fruit through southwest Asia and Turkey. The planted seedlings adapted very quickly to the coastal climate, and during the following centuries, they slowly conquered other areas where climate suited them.

No Matter What, Figs Became Famous Because of Greeks

The young fig is one of the plants of the Garden of Eden. Although the wolf nursed the founders of Rome under its canopy, and Siddhartha Gautama experienced enlightenment under her tree, which laid the foundation of Buddhism, in the mythological sense, the Greeks made the most significant contribution to the popularization of figs.

Although Gaia (Earth), the founder of every life after Chaos, saved and raised Zeus, and later helped him defeat the Titans with other gods and become the master of the world, in the last battle of gods and giants, she opposed him and thus provoked his anger. To save her son Syceus, after whom the ancient city was later named, she turned it into a fig tree. In this manner were created the first tree of this juicy fruit.

When this beautiful tree gave its first fruit, according to the second myth, Demeter, the goddess of harvest and fertility and the protector of youth and green land, presented this juicy fruit to people as a plant that renews and empowers young people. At the same time, figs maintain health and erase wrinkles from the forehead to older people. Due to that, the fig tree began to enjoy particular respect among the Greeks. Participants in the Olympic Games wore wreaths of fig leaves around their necks, and the winners presented them with fruit.

The Symbolism of Figs Nowadays

Today, the fig leaf is a symbol of lust and passion, and it is believed that you can use their fruit to make love potions that help women enchant their lovers. The fig tree was initially a sign of luxury and wealth. When it became available to everyone, it became a favorite and essential food in our diet that is grown in warm regions around the world. The plant, whose Latin name is Ficus carica, is a relatively low tree with a very branched canopy made up of large leaves irregularly cut. A fruit with many seeds is formed from its flowers, closed with a pear-shaped wrapper. You can consume fruit fresh, dried, or in the form of tea.

Because figs are rich in magnesium and calcium, they are an excellent combination of minerals that are very important for bones, immunity, and protection against stress. In addition, these ingredients nourish the brain by improving memory; it really is the elixir of life and youth. There is 17.5 mg of magnesium in 100 grams of fresh figs, while three times more in the same amount of dried figs. The delicious flesh of this fruit contains tryptophan, an essential amino acid that helps good sleep and provides good circulation.

In addition, figs are rich in potassium, iron, and vitamins: C, B1, B2, B6, A, E, and PP. In addition, it contains low levels of fat and such a high fiber content that the human body provides them better than any fruit and vegetable. Pectin, a dietary fiber that binds cholesterol in the intestinal tract, is found in the broken cell walls, which affects its reduction in the blood.

Thanks to numerous healing factors, the fig is not only a delicious fruit, but it is also recommended for states of tension, anxiety, and depression. It also restores strength to convalescents, facilitates digestion. In combination with almonds, walnuts, and dried dates, it also helps with sexual impotence. Although dried figs have significantly more calories, as they can be eaten less than fresh, there is no danger of obesity.

Due to its healing effects, it is an obligatory part of the table on Christmas Eve. We all know that this day is the last and strictest day of Christmas fasting. And besides, great happiness because it precedes the day of the birth of Christ, the happiest Christian holiday.

Want to know more about this topic? Then I recommend the following book.