The Idolatry of Images

The question of the idolatry of images and saints is indeed an old question, and from time to time, a dilemma has arisen especially strongly as to whether it is idolatry, that is, the worship of things in a way that goes only to God, the only Creator of all. In the Old Testament Bible, in particular, we find an extremely strongly emphasized prohibition on the depiction of Yahweh. This is perfectly understandable if we are aware that the Israelites lived during the culture of polytheism, and they came out of it themselves. But when God began to reveal himself to them as the only, they slowly abandoned the notions of gods from polytheism. It did not go smoothly with the Israelites, either. We know first of all the period when they believed in Yahweh but allowed the existence of other gods as well. But they found that their God was stronger than all the gods of the neighboring nations. This slowly led them to strict, radical monotheism. From these circumstances, it is quite understandable that the law taught them not to imitate God, lest they should be carried back into polytheism. But that didn’t mean things didn’t help them in their relationship with the one God. Let us remember only the sign that Moses had placed when the poisonous serpents appeared. Whoever looked at him with confidence in Yahweh did not die. Finally, they also had the ark of the covenant, the meeting tent, and later the temple as sacred things that helped them express and experience faith in the one and only God. These were holy things to them — though they were not mistaken for Yahweh.

In the Beginning, It Was Not a Matter of the Idolatry of Images Themselves 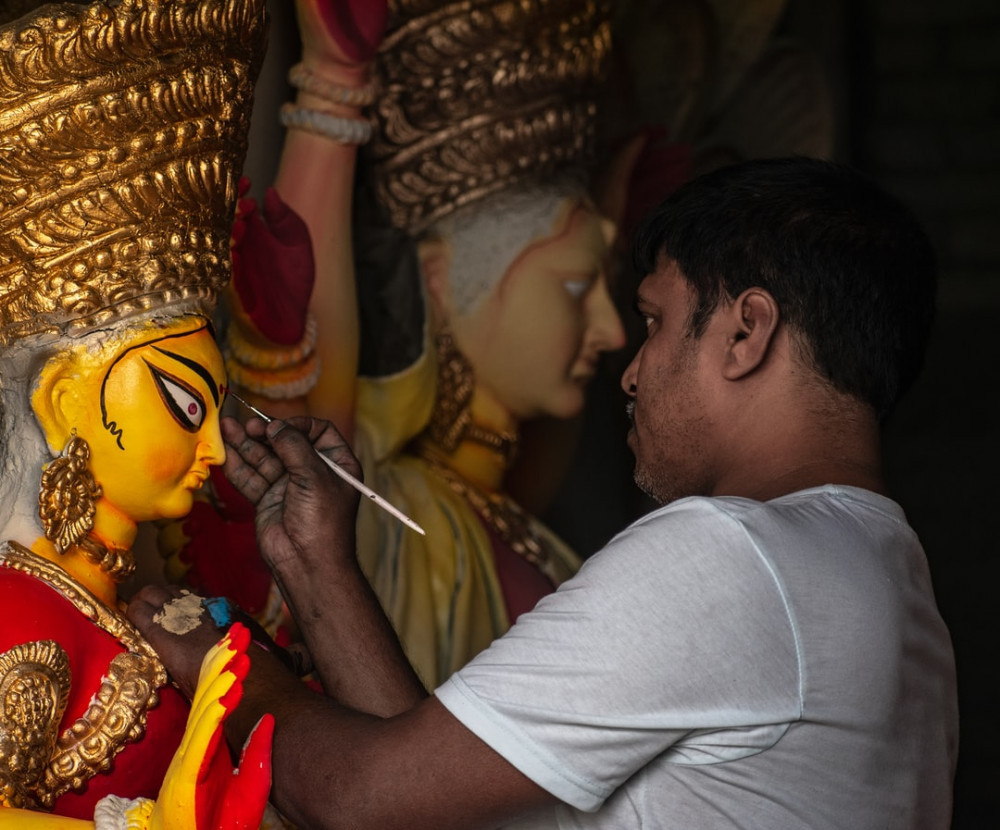 In this direction, we can also see the development of sacred images and the worship of saints in Christianity. In the New Testament, God incarnated and lived among men in human form, although He always made it clear that His body was not God, but a truly human body. But at the same time, he also showed that this body is closely connected with him as God, that God works in him, and that whoever sees him sees the Father. Due to the incarnation of the Son of God, the second person of God, the practice of symbolizing Christ began very early in Christianity: as a good shepherd, symbolically as a fish in times of persecution. Very soon, icons began to appear. Tradition even says about the fact that St. Luke, the evangelist, was the first who supposed to draw images. However, it was quite clear in Christianity that these were only depictions only aids in entering into a relationship with the ‘living’ God. That worship did not go to things, but God, personally. It was not a matter of the idolatry of images themselves.

It is true, however, that there have also been abuses and misuse of images. Therefore occasionally appeared an opposition to the use of images. There was also such a period in the 8th century when a powerful movement called ‘iconoclasm’ not only opposed the idolatry of images but even destroyed images. It is true, as the questioner writes, that in 754, the idolatry of images was forbidden. But this was done at a council convened by Emperor Constantine V. and was never recognized in the universal Church, but even declared invalid. On the contrary, the 2nd Nicene Ecumenical Council was validly convened and conducted in 787, which condemned the actions of the iconoclasts and confirmed the justification for the worship of icons or sacred images, both of Christ and of Mary and the saints. The Council Fathers based their decision on the fact that God incarnated himself and thus ‘presented’ himself in a completely visible and earthly way, who is otherwise a spirit and is without a body.

In doing so, they proceeded from the religious truth that in Jesus, God and human nature were inseparably united, although they remained unmixed (the universal ecclesiastical council at Chalcedon in 451). Regarding the aforementioned Ephesian Ecumenical Council, we must again note that, on the contrary, they confirmed the general practice of worshiping Mary as the Mother of God, which some objected, saying that Mary as a created being could only give birth to Jesus as a man, which is, of course, a Christological error.

Worship of Images Does Not Contradict the First Commandment of God

By doing so, it was again made clear that Christian worship of images does not contradict the first commandment of God, which forbids the idolatry of things. It was at the aforementioned Nicene Choir that they declared that “the honor shown to the image rises to the original pattern” and “whoever honors the image, honors in it the person who is painted.” I can also point out the Church’s constant conviction that we distinguish between two types of worship: images go to “respectful worship” (Gr. Dulija, lat. Veneratio), and only to God “highest worship” (Gr. Latrija, lat. Adoratio).”