Idolatry in the Bible – the Case of the People of Israel

Idolatry in the Bible. You cannot read several chapters of the Old Testament without encountering idols, because idolatry is perhaps the most common subject in the entire Bible – and especially in the history of the people of Israel. A persistent question haunts these pages: Why did the Israelites continually abandon the God who delivered them from Egypt to worship rather carved tree trunks and bronze statues? What was this crazy attraction? Why did Baal and the other idols so much attract the Israelites?

The answers to these questions w 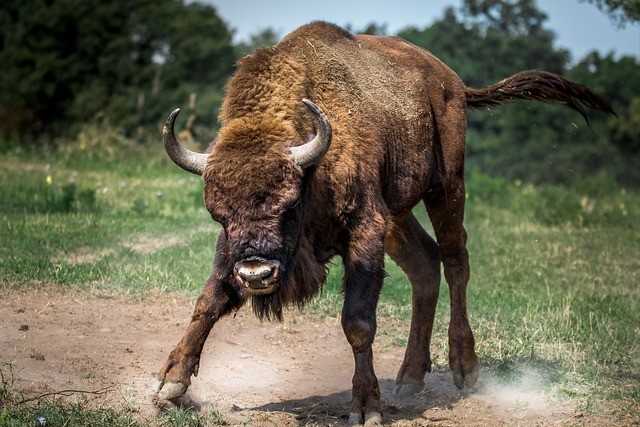 The theme of idolatry in the Bible cannot be discussed without mentioning the idol, Baal. Not because it is the only one, but one of the idols to which the people of Israel were much attached. Indeed, as peasants who naively admire the city, the Israelites emerged from the desert after forty years of wandering to enter technologically developed cities. They had been nomads and shepherds without land. When they settled down to practice a new activity, agriculture, they turned to a Canaanite god, Baal, who could give them a good harvest. In other words, they were looking for a shortcut through magic.

Idolatry in the Bible Cannot Go Past the God Baal

But Who is the god BAAL? Baal was at their time, ” the god of seed, harvest and abundance of agriculture … ”. In a nutshell, Baal represented the Canaanite god of agriculture, which they said allowed them to have good crops and thrived their agricultural activities.

Thus, the Israelites went from god to god adopting the god of any group that seemed to be very successful with his agriculture or his army. Likewise, when a powerful army threatened their borders, they subtly shoved out some of their favorite war idols to protect themselves in case their religion did not bring them military victory. Thus, idols had become for them a phantom power source, an alternative in which to invest their faith and hope.

Idolatry in the Bible, but especially the most widespread in the Jewish nation, among the Israelites, was that of statues made of wood, silver, stones, etc. And idolatry had consequences for the Israelites. Idolatry penetrated Israel and Judah, to the point where God was forced to divide the two kingdoms to extirpate it. The book of 2 Kings makes it clear that idolatry is the major sin that led to the decadence of these two nations. History tells us that punishment finally got the better of them. After the invasions of Assyria and Babylon, the Israelites never again devoted themselves to idolatry.

Note that it is idolatry, this strange practice that caused the decline of the kingdom of the Israelites.

I know that just like me, you are curious to know: How was idolatry in the Bible of the Jewish people characterized? In this case, I urge you to continue reading.

Idolatry of the People of Israel: A Mixture of Religions

” They have forsaken me, they have profaned this place, they have offered incense to other gods, that know neither they, nor their fathers, nor the kings of Judah, and they have filled this place of innocent blood; They built high places in Baal, to burn their children with fire in burnt offerings to Baal: which I had neither ordained nor prescribed, which had not come to my mind. ” Jeremiah 19: 4-5.

At the time of the prophets, especially that of the prophet Jeremiah, almost everyone practiced idolatry. The Israelites had a hard time understanding that some statues affected their relationship with the one and only true God. They worshiped the God of Abraham but added the gods of the neighboring countries. They had idols even in the temple of Jerusalem. ” For the children of Judah have done evil in my sight, says the Lord; they have placed their abominations in the house on which my name is called, to defile it. ” (Jeremiah 7: 30)

Moreover, they could even go to worship God after offering incense to Baal. As the Holy Scriptures tell us in these terms: ” What! To steal, to kill, to commit adultery, to swear falsely, to offer incense to Baal, to go after other gods that you do not know! … Then you come to stand before me, in this house on which my name is invoked, and you say: We are delivered! … And it is in order to commit all these abominations. ” (Jeremiah 7: 9-10).

They Ignored the Warnings of the Prophets

In addition, they had built places of worship on the summits of several hills – the high places – and under the tallest trees in order to worship properly, without having to go to Jerusalem. They ignored the warnings of the prophets who told them that God hated this adulterated worship.

Judah’s neighbors believed in many gods, each to his own sphere of influence. The Jews had begun to ask themselves: Why did their God say he was so different? Why did he want to destroy the other gods? If idols were only imposture, simple sculptures (Jeremiah 10: 4), why did God have to worry?

In fact, the people of Israel associated the other gods (the false gods) with that of the one and true God. They thought that worshiping a statue or other god other than the living and creative God was something less serious and acceptable. This was not the case. God does not share His glory with other gods (false gods).

Now understand this aspect of idolatry in the Bible regarding the people of Israel? It was a mixture of religions, beliefs, cults, and religious practices: So it was also idolatry. Now, let’s see the real dangers that the idols represented.

The Real Dangers That Idols Represented

However, idols were far from mere statuettes. They represented vile and angry gods who could hurt you unless you give them something in exchange for peace.

The biggest sacrifice was to kill your own son. The Jews had adopted this practice. ” They built high places in Baal, to burn their children in the fire in burnt offerings at Baal: which I had neither ordained nor commanded, which had not come to my mind. ” (Jeremiah 19: 5).

According to those religions in which idols were worshiped, success came from the fertile power of nature and the gods. You could receive such power by having sex with prostitutes (men or women) of the temple. For example, legends of Baal celebrated his drunkenness and debauchery. His followers adored him by sleeping in the temple with prostitutes or sacrificing a baby. Jews also adopted this practice. ” He brought down the houses of the whore who was in the house of the LORD, and where the women wove tents for Astarte. ” (2 Kings 23: 7).

These practices disgusted the God of Israel. By associating them with his worship, the people of God gradually lost knowledge of the true personality of God. To worship Baal meant to completely reject the privileged relationship God had with the Israelites – a crime very similar to adultery that the prophets often condemned. The worship of Baal could not coexist with that of God.

Conclusion on Idolatry in the Bible

The people of Israel apparently turned to idolatry either out of ignorance, out of curiosity, or out of love for ease, or out of greed (envy) or lack of trust in God. This is how we indulge in idolatry.

The fact that we practice idolatry (by idols, statues) shows that we do not know the true God, so in this case, it is not the real God we worship through the practice of idolatry.