The History of Lucid Dreaming Goes Deep Into the Past

The history of lucid dreaming goes deep into the past, in fact, in the fifth century, although it is only now becoming a topic of much debate. The earliest recorded lucid dreams date from the fifth century; the record comes from the written letter of St. Augustine in 415 AD. Another well-known history of lucid dreams came from Tibetan Buddhists in their Tibetan Book of the Dead in the eighth century. Buddhists have spoken of a form of yoga that is designed to maintain full waking consciousness in a dream state. These ancient dream yogis clearly understood dreams that were supposed to be more advanced than the knowledge we have today.

In the nineteenth century, after many obscure dream practices occurred, such as searching for another reality in a dream state or trying to conjure up ghosts from the past by dreaming, people began to look beyond these practices and accept dreams as if they were happening in everyday life. This has encouraged many people to explore the scientific reasons for lucid dreams. 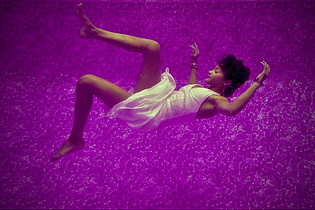 The Marquis d’Hervey de Saint-Denys was the most famous scientist to appear. In 1867 he published the book Dreams and How to Guide Them, in which he documented more than twenty years of his own research into dreams. In this book, the Marquis described the subsequent development of his ability to control his dreams. He first increased his memory of the dream, and then he realized he was dreaming. He was a pioneer in the field of dreams because he was the first to prove that everyone can learn to dream consciously.

Then came the man to whom we owe the term “lucid dream.” Frederick Van Eeden, Dutch psychiatrist, and dream researcher. Although he was interested in all aspects of dreams, he found that he was most interested in lucid dreams. His first work was created as fiction so that he could freely express his ideas without the public being interested in such sensitive things; this work was called The Dream Bride. Then, in 1913, he boldly presented to the Society for Psychological Research an article on lucid dreaming. He reported on 352 of his lucid dreams collected between 1898 and 1912, this article entitled The Study of Dreams.

The Most Famous Is Stephen Laberge

Several others continued to explore lucid dreams, but no one became as famous as Stephen LaBerge, who still explores lucid dreams today. In September 1977, LaBerge applied to Stanford University and wanted to study lucid dreaming as part of his doctorate program in psychophysiology. That was approved, and he started his work on lucid dreams. He soon gained access to a sleep laboratory at Stanford, where he began his research into lucid dreams with the help of Dr. Lynn Nagel, a researcher who shared the same interest in lucidity as LaBerge. The research was unsuccessful at first, but as he continued, he found answers to some long unanswered questions, such as “How long does a lucid dream last?” and “When do lucid dreams occur?” We also owe him all the latest research on lucid dreams because his answers to such questions have aroused the interest of modern research.

He described all these attractions in “Exploring the World of Lucid Dreaming.” Click here if you wish to know more about this excellent book.