The Evolution of Life on Earth Is Indisputable

The evolution of life on earth that is taking place today in the living world on earth is just as orderly and unavoidable as all other physical processes. The facts are clear:

The Evolution of Life on Earth Is Indisputable 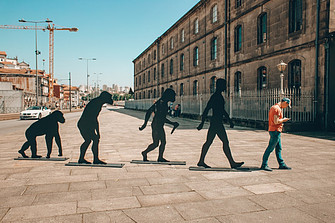 This (let’s repeat once again) inevitable change of living species is what is called evolution. This is a process that takes place in the living world that surrounds us, slowly but surely changing its shape.

The ongoing processes of evolution have a direct and continuous effect on the world we live in and affect many aspects of our lives. For example, agriculture depends on our ability to control plant diseases and insects that attack the plants we use for food (wheat, corn, rice, etc.). But insects are evolving resistance to insecticides very quickly – one species of corn borer has even evolved its ability to feed on insecticides (multiple duplication and serial mutations). Hence, today’s farmers in many countries manipulate evolution by changing selective pressures.

For example, in India, smaller fields of unprotected plants are intentionally planted in addition to pesticide-protected fields. This allows non-resistant insects to survive from generation to generation, reducing the strength of the selective pressure and thus the speed at which resistance will develop.

In Medicine, Evolution Is Critical

The development of new drugs and approaches depends on a proper understanding of evolutionary history. The identification of new targets for the development of future drugs today is based on evolutionary genetic analysis. But today’s evolutionary processes are even more critical. Our most important category of drugs, antibiotics, are endangered – bacteria are evolving resistance to antibiotics at the same rate as we produce them. Malaria has evolved resistance to quinine, and artemisinin-resistant species (today’s first line of defense) have emerged.

Even with diseases like cancer, we have to take evolution into account. Cancer cells are rapidly evolving into new abilities, including resistance to chemotherapy. Many therapies are very successful and destroy almost all cancer cells in the body… except a few that evolve resistance, then multiply and kill the patient. In this particular case, preventing the evolution of resistance is one of the biggest obstacles to successful cancer treatment.

Thus, the fact of evolution – the fact that the life that surrounds us is constantly changing and adapting through processes of variation and natural selection – is unavoidable.

Now that we have explained this, we can turn to what most people mean when they say “evolution:” how these processes have produced today’s diversity of life.

History of the Evolution of Life on Earth

To a certain extent, we can make an analogy between evolution and geological processes. Today, we observe tectonic movements raising new mountains while old mountains are slowly being eaten away by erosion. We see how deposits and geological layers are formed and what traces life leaves in them. But we can also start digging through the ground and see what happened in the past: the processes that are taking place today have also happened in the past, and they have left huge and indelible traces.

We see the same with the processes of evolution. Today, we observe the origin and mutations of existing genes and the gradual change of species. Traces from the past, recorded in the genomes of today’s species, in fossils preserved under the soil we walk on, in large geological deposits, and thousands of other places, all show us what happened, how, and when.

In the next four chapters, we will present a small selection from this evidence. We should not forget that each line of evidence consists of hundreds, thousands, or even millions of independent facts that all lead to the same conclusion.

Each of these facts individually may be the subject of discussion. Certain data, the source, or the methodology by which a particular specimen was found may be in doubt. But all this evidence, taken together, in a heap, is the reason why evolution is now considered a theory that has been confirmed beyond a reasonable doubt.

Let’s start with the oldest group of evidence, the nested hierarchy…