The Bible vs Evolution Question in Christianity

When we are thinking about the Bible vs Evolution question, we have to put the next question first: “Are these two concepts even compatible?” How many Christians are willing to accept the claim that God created the world in such a way that life flows through the process of evolution? Today’s scientific section almost consensually supports evolution. Those who do not read the Bible often, I guess, accepted that assertion quite quickly. The embarrassment became relevant again a few years ago when the Pope, at the Pontifical Academy of Sciences plenary session on October 23, 1996, admitted the validity of Darwin’s theory of evolution in an otherwise ambiguous style. A good reason for the nod of those who regard him as an infallible authority and God’s messenger on earth.

The Bible vs Evolution Question in Christianity 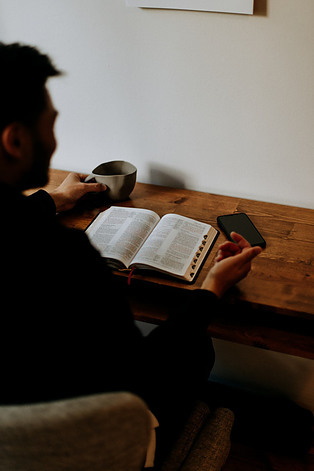 If we agree on the fact that the Bible is a true “story” written by God, especially in Genesis, then we may ask ourselves whether we can find enough evidence in it to show evolution is unacceptable. Even more simply, is a biblical Christian allowed to believe in evolution? Since the idea of ​​the kingdom of God has always seemed more sound than the construct of the “kingdom of the apes,” it is not surprising that the Catholic Church has never formally condemned the theory of evolution. However, it has often shied away from it. However, in the last century, the scientific paradigm has increasingly favored the existence of the “monkey kingdom” and the theory of evolution. The most obvious statement about it can be read in the encyclical Humani Generis, published by Pope Pius XII. in 1950. It even mentions the possibility that evolution as such may not be controversial, but that in the hands of materialists and atheists, it has become a weapon with which the hand of God tries to withdraw from the act of creation and thus ideologically reject Christianity. About a century and a half after Darwin’s “Origin of Species,” Pope John Paul II, also referring to Humana Generis, cautiously indicated the possibility that the direct creation of God may not have created man (or at least the human body), but rather the man is the result of the process of evolution. The words from his speech to the Pontifical Academy of Sciences were that “new knowledge leads to the recognition of the theory of evolution as something more than a hypothesis.” For example, the second passage of the evolution commentary begins with mentioning two “truths.” One is the derivation of the knowledge of modern science, and the other is the revelation of the truth as predicted in the Bible. Thus, he claims that Darwin’s theory of evolution has its validity and that man evolved from an ape (even if he does not mention the author by name or even man’s “predecessor”). This means that the biblical story from Genesis does not appear to be taken literally. So which of the two is true?

“It is truly surprising how this theory has been increasingly advanced and simultaneously accepted by researchers in a series of discoveries in completely different fields of science.” Statement of John Paul II. gives the impression that the coexistence of religious views and the doctrine of evolution is possible. Instead of two logically opposed truths, I would like to have one. At the same time, we do not know a single word about how he imagines the reconciliation between the explanation of the emergence of humanity through a slow evolutionary process from earlier forms of life and the biblical fable about the world’s creation in six consecutive days. He simply put the two together.

If something can easily be blamed for the silent correction of dogmatic positions and the Pope’s approach to “science,” it is undoubtedly their “lightness” and unprincipledness. These are not surprising: with them, the Church tries to maintain its status, smooth its appearance inappropriate for the times, and maintain the loyalty of the masses of people who still follow it, even if for this, it has to resort even to renouncing the biblical tradition and approaching “profane” scientific truths (not for now also philosophical) that confirm human experience and scientific experiment. When we deal with Pope John Paul II’s ambiguous words, read his rare, loosely connected thoughts, and try to look for meaning where perhaps there is none at all, we could also ask ourselves the question about the meaning of such (our) doing.

Science Is the Best Critic of Religion

We will obviously not see decisive, elaborate, and inscrutable words that would comprehensively present the position in science (an honorable exception in recent times, the encyclical Fides et ratio, a theological condemnation of philosophy, was possible perhaps only because of the “abstract” status that philosophy has ). Christian dogmatism has affected too many human lives in the past with its views, so today, when it does the very same thing, it should be ignored with indifference. And thirdly, it also shows where there is a conflict between reason and dogma, faith and science, which the Pope is trying to blur. Compared to the encyclical Fides et ratio, we can be surprised at this position. If here he defends faith against reason (or rather: reason can only be at the service of faith), the competitive rules of religion are much looser compared to science. The imperative that religion and science should co-exist can only work as a pious wish, which may demand so many corrections from religion that it will finally annihilate itself. Biblical fundamentalists and “orthodox” Christians know this very well and therefore quietly warn against the Pope’s carelessness. Fortunately, science is taking its course. And he is, as always, the best critic of religion.