The Benefits of Exercise During Pregnancy

Indeed, brain development, like any development, is a mixture of nature and the environment. Genes are those that prescribe the general architecture and sequence of brain maturation, but the environment acts at all times by modifying these inheritance decisions – all the physical, social and educational influences that the baby has been exposed to since the moment of its conception -. The influence of a positive environment can have lasting effects on the baby.

The fetus is exposed to a variety of stimuli while in the womb and as it is recognized, it will learn to respond to each of them. This frequent exposure stimulates the central nervous system and increases the baby’s intelligence during pregnancy.

Babies of pregnant women who practice exercise during pregnancy come into the world with some cognitive advantage over those whose mother has remained with a sedentary attitude. Moderate exercise speeds up the development of the newborn’s brain. 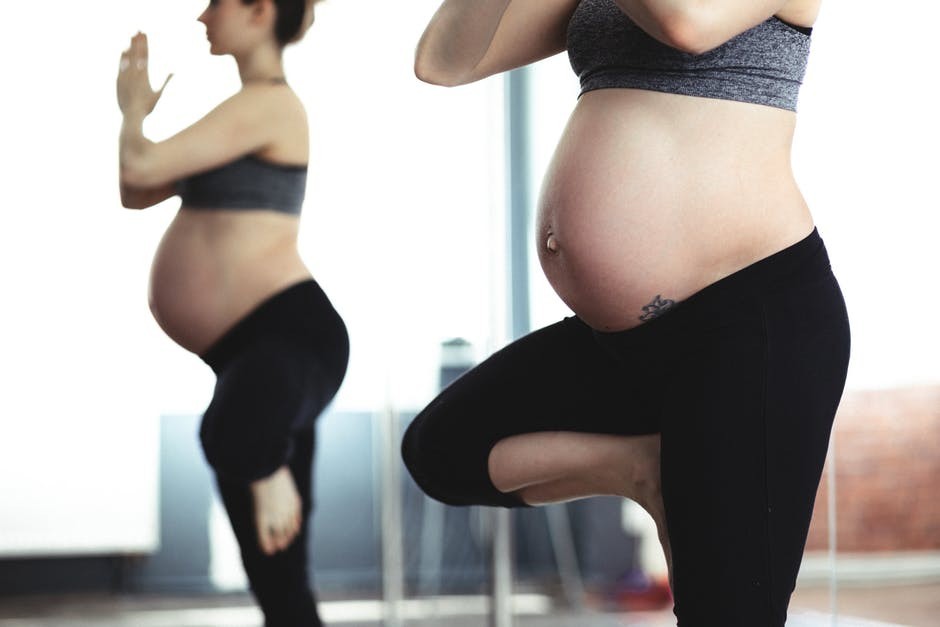 According to a study conducted by the Research Center of the CHU Ste Justine in Montreal, presented at the 2013 Neuroscience Congress in San Diego, doing physical exercise three times a week during pregnancy, for 20 minutes each time, would improve significantly brain development of the baby.

At the origin of this work, one observation: that physical activity during pregnancy has many benefits for the mother and baby, such as a reduction in the risk of obesity in the baby, as well as a decrease in the likelihood of experiencing complications during pregnancy.

Researchers recruited pregnant women in the early second trimester of pregnancy; Two groups were then formed: the first group of women had to adopt a sport of moderate intensity, 3 times 20 minutes per week, for example by swimming, cycling, or walking. The second group of women was to be sedentary and not to engage in any sporting activity. Each time, the goal was for volunteer mothers to be slightly out of breath at the end of the exercise. In other words, the intensity of the effort to be produced was moderate.

The researchers performed an electroencephalogram for newborns eight and twelve days after birth, in order to evaluate their ability to discriminate sounds, a situation that makes it possible to measure their auditory memory.

Accelerated Development of the Brain of Infants

Result. The electroencephalogram showed that the measured wave was lower in the children of the group of women who practiced a sporting activity. This makes it clear that the brain is more mature because it is able to perform the same task with less effort, a situation testifying to faster development of the brain.

According to the authors of the study, sports activity during pregnancy would accelerate the development of the brain of infants. But to validate this hypothesis, tests conducted on capacities other than that of the auditory memory alone will have to be carried out, as for example on the motor and language performances of the children.

As a result, having moderate sports activity during pregnancy would improve the cognitive performance of newborns.

2 – Regular Exercise During Pregnancy and Protection of the Baby

A study, conducted at the University of Granada, Politécnica de Madrid and Europea de Madrid, whose results were published in the British Journal of Sports Medicine in July 2013, suggests that by reducing the risk of having one more baby of 4 kilograms, exercise during pregnancy also reduces the need for caesarean section, with its complications, for the mother and the child.

This is a moderate-intensity exercise done 3 times a week during the second and third trimesters of pregnancy to halve the risk of high birth weight of the newborn, which shows this research conducted with 510 sedentary pregnant women, that is to say, who did not do more than 20 minutes of exercise and less than 3 times a week.

The participants, divided into 2 groups, had to either complete a 55-minute aerobic exercise training program – an effective type of exercise to reduce fat and control their weight -, muscle strength exercises and flexibility, 3 times a week, from 10-12 to 38-39 weeks of pregnancy, or benefit from standard follow-up care.

Physical exercise does not reduce the onset of gestational diabetes but decreases the incidence of 2 major risks associated with it, high birth weight or macrosomia (58% risk reduction) and cesarean delivery (reduced rate of 34%). New data to encourage the practice – monitored – of physical exercise during pregnancy to combat the negative effects of gestational diabetes, if not diabetes itself.

Physical exercise is beneficial to the cardiovascular health of the mother as well as the child because it makes it possible to decrease the fetal heart rate, an effect that persists approximately one month after birth.

In short, regular physical exercise during pregnancy protects the baby.

A study from the University of Kansas City, presented at the Annual Experimental Biology Congress in Washington in April 2011, shows that regular physical activity during pregnancy is as good for the baby’s heart as it is for the mother’s heart. reduces the fetal heart rate, an effect that persists about one month after birth. And a low heart rate of the baby is a sign of good health.

The study goes so far as to suggest that exercise during pregnancy could be the mother’s first step toward optimizing her child’s cardiovascular health after birth.

Exercise During Pregnancy Improves the Child’s Heart Health After Birth.

Studies have reported a few years ago that exercise strengthens fetal heart control, an effect taken into consideration by many pregnant women who have enrolled in yoga classes. Other women have found new ways to incorporate low-impact physical activity into their daily lives. But this study goes further and concludes that exercise during pregnancy also improves the child’s heart health after birth.

This pilot study of 61 pregnant women found that pregnant women who exercised at least 30 minutes of physical exercise three times a week had fetuses with a lower heart rate – a sign of heart health – in recent weeks pregnancy and that better cardiovascular control was maintained one month after the birth of the child.

It remains to be verified, say the authors, whether these cardiac benefits for the child persist beyond the first month of life and ultimately lead to a reduced risk of cardiovascular disease later in the child’s life.

4 – The Benefits of Physical Exercise During Pregnancy

Maternity is probably one of the most intense experiences of a woman’s life. The process of pregnancy involves very important changes in the physiology of the woman’s body. During pregnancy, the body undergoes anatomical and physiological changes, such as weight gain, balance disorders, changes in the cardiovascular system (high blood pressure and increased heart rate), and the respiratory system.

Physical activity in a pregnant woman helps to maintain good muscle shape and avoid excessive weight gain. On the other hand, it helps prevent the risks of gestational diabetes and high blood pressure. The sport is practiced in a moderate way and after the opinion of their doctor makes it possible to prepare the pregnant women for childbirth. The effort that this situation represents makes it possible to be better tolerated. After delivery, pelvic rehabilitation is favored.

Inactive women are not advised to start an exercise program during the first trimester of pregnancy, especially if they suffer from classic discomfort such as nausea, dizziness, fatigue, etc.

The second trimester is the ideal time to start or resume a fitness program, especially for women who were previously sedentary. The periodization of the training load should be oriented so that the volume is first increased gradually and gradually.

The benefits of physical activity are also found during the development of the baby by a decrease in fat and resting heart rate as well as by improving stress tolerance, placental viability, and neurological development.

The variability of the fetal heart rate in the uterus is one of the main ways to assess one’s well-being. A strong and vigorous heart is a sign that the child is developing properly. And if the mother is exercising during pregnancy, chances are higher that the cardiovascular system of the child is healthy and resistant.

Reasonable physical exertion and being performed in a healthy environment are not harmful to the fetus. In fact, the physical effort is as good for the pregnant woman as for any other human being.

5 – The Benefits of Exercise During Pregnancy for the Mother

Significant weight gain results in postural changes such as lumbar hyperlordosis, dorsal kyphosis, and anteversion of the pelvis.

Regular exercise during pregnancy also improves sleep during pregnancy. Pregnancy is a time when sleep may be altered by hormonal and emotional reasons. Pregnant women exercising moderately indicate that they sleep better than those who are sedentary. The quality and quantity of sleep are very important to feel good and energetic during the day as well as for the body to regenerate properly during the night.

Even pregnant, the regular practice of a sport makes it possible to control its weight. In addition, moving your body during pregnancy helps to find the line more easily after delivery. This is due to an increase in basal metabolism. Sports activity increases muscle mass and burns more calories, even at rest. Ingested food is burned faster in an athlete than in a non-athlete.

Regular practice alleviates the risk of developing gestational diabetes through the maintenance or even improvement of muscle mass. This decrease can reach 60% during the first twenty weeks.

The risk of pre-eclampsia and cesarean delivery is also reduced by the physiological effects of physical exercise. Added to this is a reduction in water accumulation in the lower limbs causing the onset of edema.

Psychological changes can occur due to changes in norepinephrine, dopamine, and serotonin, all hormones that can affect mood and anxiety. During the effort, endorphins – hormones of pleasure – invade the brain and the feeling of well-being appears. This state of grace restores self-confidence, helps you feel good in your new body and it lasts until after childbirth, avoiding the famous “baby blues”. In addition, the child also benefits from these endorphins which, at the end of the session, turn into “tranquilizers” and lead to a state of relaxation.

The positive effects of sport on pregnant women are well established. Some studies have highlighted the positive impact of sport on brain development, weight and heart of the future baby. Studies also show that physical activity before and during the gestation period can predispose to an easier pregnancy.

Given the evidence that shows the benefits of physical exercise for both mother and baby, boosting exercise during pregnancy is a positive step in the fight against the growing epidemic of sedentary lifestyle and obesity.