Side Effects of Energy Drinks on Adolescent

I – Toxicity and Harmfulness of Energy Drinks 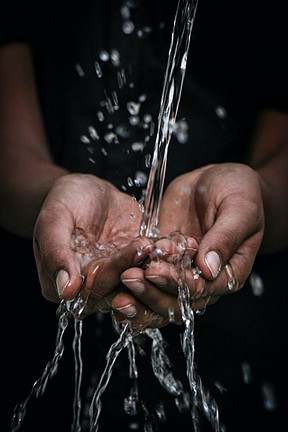 Even if manufacturers or traders of energy drinks deny that they are harmful or toxic from a point of view; especially for children, adolescents, and young people: the health risks and dangers associated with the consumption of these drinks are exposed by research and investigations.

1 – Energy Drinks Are Toxic to Children

An American study conducted at the Children’s Hospital in Detroit, Michigan, presented at the American Heart Association conference in September 2014, warns of the sometimes serious effects of caffeine among the very young.

According to a pediatrician’s survey, Dr. Steven Lipshultz, more than 40% of poison center calls are to children under the age of six. This represents approximately 3100 cases in the United States over a three-year period, between 2010 and 2013.

A quarter of these children had moderate to severe cardiac and neurological symptoms. Excess caffeine has a well-established exciting effect on the body. This substance accelerates the functioning of the heart, which can lead to tachycardia, rhythm disorders, or even cardiac arrest in the most extreme cases. In the brain, the overexcitation of neurons can lead to convulsions.

Some cans of Red Bull may contain up to 400mg of caffeine, while a cup of coffee contains 130mg, and a coke, often forgotten the source of intake, 140mg. Caffeine is prohibited in children under 6 years. In children aged 7 to 9, the maximum acceptable is reached from half a cup of coffee.

For Dr. Lipshultz, the extent of the phenomenon of caffeine intoxication in children would be much greater than what his data reflect. Not all cases result in a call to poison control centers, with many people going directly to their doctor or emergency room.

In France, where the sale of energy drinks is only allowed since 2008, acute intoxications to caffeine in young children would be less frequent than in the United States, said Dr. Jerome Langrand, poison center of Paris. In children under 5, consumption is mainly accidental.

2 – Side Effects of Energy Drinks on Teenagers

According to a study conducted by researchers at the University of Minnesota and Duke University, the regular consumption of energy drinks for athletes and energy (caffeine or taurine), among adolescents, would be associated with a stronger consumption of sugary drinks, smoking, and greater use of screens.

*** A Side Effect of Energy Drinks in Connection with Video Games

According to a study by Nicole Larson, published by the Journal of Nutrition Education and Behavior, among boys, weekly consumption of energy drinks is related to an increase in the time spent watching television, about an hour more per week compared to those who do not consume this type of products. Boys who have consumed an energy drink at least once a week spend about four hours playing video games.

According to the recommendations of the American Academy of Pediatrics, energy drinks are to be banned because of the risks associated with excessive stimulation of the nervous system.

*** Side Effects of Energy Drinks in Connection with Sleep Disorders

In a study conducted in 16 European countries in 2013, the National Health Security Agency (ANSES) found that 3% of children took Red Bull or equivalent 4 to 5 times a week. In teenagers, we went to 8%.

Over-consumption of caffeine leads to withdrawal syndrome, which disrupts the child’s sleep, creating somnolence in the day, which again pushes him to look for the effect of caffeine to stay awake. It’s a vicious circle. In addition, caffeine is a psycho-stimulant that promotes future addictions – alcohol, tobacco, drugs – in children and adolescents whose neocortex is not mature.

3 – Energy Drinks Would Encourage the Consumption of Alcohol

Researchers at the Australian National University in a study published in Alcoholism: Clinical and Experimental Research in July 2014, studied the effects of alcoholic drinks/energy drinks at a party in their laboratory to gauge the effects of cocktails containing energy drinks.

The research was based on previous studies showing that young adults attracted to these types of cocktails tended to drink more than their peers, and would be more open to new experiences.

The team recruited 75 participants aged 18 to 30 for an experiment described as “a party in a laboratory”. During this evening, cocktails containing 60 ml of vodka and Red Bull (Silver Edition) or 60 ml of vodka accompanied by sparkling water, both seasoned with 200 ml of a fruity drink, were served to the participants.

A written test (before and 20 minutes after the experiment), a questionnaire and a breathalyzer punctuated the drinking. They found that when people combine alcohol with energy drinks, they are more likely to continue drinking than when they drink only alcohol. This could mean that someone who mixes alcohol and energy drinks might want to continue drinking more than their friends.

The combination of alcohol and energy drinks can cause significant intoxication. Since the effects of drunkenness would be masked by the consumption of energy drinks, it would lead to greater alcohol consumption.

People who mix alcohol and energy drink do not feel the effects of drunkenness as it really is. Their self-regulation mechanisms associated with drunkenness are ineffective, which increases risk behavior.

It would be a mixture of caffeine and alcohol that would have several effects. This would inhibit the sedative effect of alcohol because caffeine reduces the sensation of intoxication.

On the other hand, the fact that the sensation of intoxication is reduced alters the judgment with respect to risky behaviors.

Finally, the reduction of the sensation of intoxication induces an increased consumption of alcohol.

According to researchers at the University of Maryland and Johns Hopkins University, students who regularly consume drinks of this type would be more likely to fall into alcoholism. Heavy users are 2.4 times more likely to develop alcohol dependence than those who do not.

4 – Side Effects of Energy Drinks on Children and Teenagers

First, there are immediate effects such as agitation, excitement, tremors, even epileptic seizures, and tachycardia. Energy drinks can also have disastrous consequences on sleep. The caffeine contained in these energy drinks can dangerously upset the quality of sleep and the time to fall asleep. The child is tired during the day and this state of drowsiness will push him to take caffeine.

Risk-enhanced driving. A 2008 study published in the journal Journal of Adolescent Health among 795 New York students showed that those who consumed a lot of energy drinks, six times or more a month, were on average three times more likely than low-users and non-consumers to be smokers, to have abused drugs, but also to have fought violently during the year preceding the study. On the other hand, they were twice as likely to smoke marijuana and have problematic alcohol use.

These drinks are highly concentrated and rich in caffeine, which increases the urinary loss of liquid and minerals.

On the other hand, energy drinks are very acidic and are not recommended before, during, and after sports efforts because they can hinder recovery and promote musculotendinous injuries.

Athletes should refrain from consuming these types of drinks because of the caffeine and sugar found there. If you believe the virtues touted, energy drinks would stimulate the body, and improve performance and endurance. These allegations are false. On the contrary, the athlete, rather than feeling in control of his performance, finds himself in a state of great excitement and excitement.

In addition, high in carbohydrates, energy drinks can cause stomach upset. During physical exertion, they can also cause significant dehydration.

Caffeine increases the loss of minerals and water, which promotes cramps. It can also, in some cases, induce muscle pain.

II – The Health Side Effects of Energy Drinks

The risks associated with the consumption of these drinks may be related to the toxicity of some of their components or the conditions under which these drinks are consumed.

Caffeine, whether synthetic or natural, is the main ingredient in energy drinks with health risks.

1 – Energy Drinks Can Cause Diabetes

These drinks contribute to a high-calorie intake. It is “empty calories”, ie a significant intake of calories but with few nutrients.

Sugary drinks contribute significantly to high sugar intake and increased caloric intake over a day, with all the associated risks: obesity, diabetes, and metabolic syndrome.

The main problem with consuming energy drinks is sleep. Caffeine has a half-life of five to six hours, that is, half of the substance is still in the body six hours after ingestion.

Although sensitivity to caffeine varies greatly depending on the genetic makeup of each individual and other factors such as smoking or taking a contraceptive can influence the metabolism, the fact remains that the body of adolescents is much less tolerant to caffeine than that of adults. So consuming regular energy drinks, especially after 4 pm, can lead to sleep difficulties.

However, sleep is crucial in the brain development of young adults. At puberty, the areas of the prefrontal cortex, which control impulsivity in particular, are changing, with the optimization or elimination of certain neuronal pathways. These changes are affected by lack of sleep. Poor sleep can also lead to school absenteeism, and daytime difficulty and may even affect mood.

The resentment of the energy lash comes from caffeine, but it also causes dehydration. To re-hydrate, drink two cups of water for every cup of energy drink consumed. Energy drinks are very acidic.

4 – Risk for the Development of Tooth Decay

Like other sugary drinks, energy drinks pose a risk for the development of tooth decay and dental erosion when consumed frequently. Studies indicate that the erosive potential of these beverages may be greater than that of other soft drinks because these drinks are very acidic.

Pregnant or lactating women should not consume energy drinks. Caffeine can cause intrauterine growth retardation in the fetus and subsequently disturb the development of the infant, sensitive to this substance, via breast milk.

Great caution is also advised for people with heart problems. In them, caffeine has an exciting effect in high doses by acting on the cardiovascular system, which can cause an arrhythmia of the heart.

The excitement, the pleasure evoked by the consumers of these drinks, encourages us to repeat this behavior in the next search for well-being, the next nightclub outing. Repetition of such behavior exposes the risk of addiction.

A can of this drink contains the equivalent of two tight coffees. The major difference between coffee and energy drinks is that you feel saturation to the taste of coffee and that you are aware of the amount of caffeine that is consumed.

On the other hand, with energy drinks, one has the impression of drinking an innocuous soda, since it is a sweet drink, easy to drink. As a result, we are not aware that we consume a lot of caffeine. It is easier to drink energy drinks than coffee.

A fortiori, people who already consume coffee can also consume energy drinks. There may also be a cumulative effect that involves the consumption of the equivalent of seven to eight coffees in the day while no energy drink would have consumed half less.

Dependency issues. In the same way as drugs, alcohol, and cigarettes, the caffeine contained in drinks of this type is addictive. Stopping these drinks has side effects such as headaches, irritability, nervousness, anxiety, and drowsiness.