Albert Ellis, born September 27, 1913, in Pittsburgh and died July 24, 2007, in New York, is an American psychologist. He remained in the memory of humanity through discoveries and theories. It is indeed to him that we owe the rational emotive behavior therapy techniques.

In January 1953, he moved away from psychoanalysis and defined himself as a “rational therapist”. Ellis then advocates a new form of therapy, active and directive. In 1955, he called his new approach “rational therapy” (“Rational Therapy”).

Rational Emotive Behavior Therapy (REBT) was developed by Albert Ellis following the principles of cognitive psychology. The inefficacy of behavioral therapy (stimulus-response-based) to treat certain psychologic disorders with strong cognitive ancestry has led to work toward achieving and improving outcomes. Behavioral emotional rational therapy techniques are an example of these pioneering techniques that have shown great efficacy in disorders such as anxiety and depression. 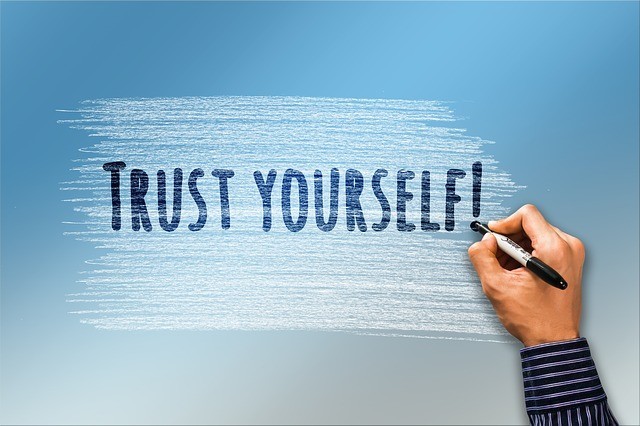 Rational Emotive Behavior Therapy (REBT) is a behavioral therapy invented by Albert Ellis in the mid-1950s.

Rational therapy is about helping patients (we’re talking about clients) to change their behaviors and emotions that are experienced as unsatisfactory. To do this, the therapist seeks to make the client aware of the beliefs and attitudes that are the source of these behaviors. He can then modify them and thus act indirectly on the behaviors or emotions that make him suffer. The therapeutic process is based on learning that aims to allow the client to help himself.

This therapy is based on the ABC model of cognitive psychology initially proposed by Albert Ellis.

*** The ABC model of cognitive psychology

This model proposes that the triggering events (A), by themselves, do not cause any emotional, behavioral or cognitive consequences (C); These depend on the perception or interpretation (B) of the event. In summary, A (events) causes B (interpretations) and the latter causes C (consequences/behaviors).

To be more explicit, the ABC model represents one of the foundations of rational therapy. For A. Ellis the goal of all men is to live happily. But the vagaries of life make this goal very often difficult to reach and they end up developing symptoms (stress, depression, anxiety, etc.). But the way we respond when we fail to achieve that goal depends on our beliefs. A. Ellis developed what he called the ABC model to account for this phenomenon.

B. You have a belief about the situation.

C. This belief is the cause of a particular emotional reaction.

Let’s take an example to make this clearer:

A. Your boss accuses you of stealing his wallet.

B. You think: “He does not have the right to accuse me, it’s really uncomfortable! ”

If you had a different belief system, your “emotional response” would have been different:

A. Your boss accuses you of stealing his wallet.

Certainly, in my example, you do not feel happier in the second case, but the idea is to show that your emotions depend on your beliefs and your way of interpreting the facts. Thus, it is not A (the fact that your boss accuses you) but B (your beliefs and thoughts) that causes the emotional response C (to be angry or anxious).

The ultimate goal of rational emotive behavior therapy techniques is to eliminate or modify C. On the other hand, the C could be modified by modifying both the events (A) and their interpretations (B). On the other hand, it is obvious that events are often unalterable. Thus, in this type of therapy, working with the patient is trying to change some of the interpretations he makes that lead him to perform the behaviors we intend to change.

– Requests or requirements: for example, “If my spouse loved me, he would have given me a gift”.

– Catastrophism: for example, “As tomorrow I will be wrong during my interview, it will be the end of my professional career, I am dying”.

– Low tolerance for frustration: for example, “I’m afraid to go to this party because I’m sure everyone will reject me, it’s very hard and I can not bear it”.

– Depreciation: for example, “My food is burned, I am useless, I do everything wrong”.

These types of thoughts are considered irrational because they are false, illogical, extreme, or too demanding. Ellis argues that they stem from the absolutist beliefs of “homework” or “wills” that abound in our internal dialogue.

The aforementioned ways of thinking have emotional, negative behavioral consequences. What keeps them up, though? According to rational emotive behavior therapy, there are three types of insight or ideas that help to prolong troubles or discomfort over time:

– Insight # 1: Disruption is determined by irrational interpretations that derive from negative events. However, if the person believes that the emotional disorder is due to the event rather than its interpretation, it will try to change the situation without success: the real problem lies in its irrational beliefs.

– Insight # 2: If people continue to reaffirm their rigid and extreme beliefs, they will resist change, making the disorder continue.

– Insight # 3: A thought centered on the past will cause stagnation in events and irrational beliefs. It is only by working on the present and the future that the person will be able to change the beliefs and by the same its ill-being.

To talk about what rational emotive behavior therapy techniques should be, we’ll talk about two approaches. The first will be the therapeutic style, which will talk about his strategies or methods; the second will be inherent in the relationship between the therapist and the patient, the way the therapist interacts with the therapist.

The attitude of the therapist will have the following characteristics:

– Active and directive: It is important for the therapist to adopt an active attitude and offer alternatives to the patient’s irrational beliefs.

– Verbally active: it is essential that the dialogue be fluid and active for both parties as the functioning of the therapy is based on discussion and debate.

– Didactic: The therapist must behave like a good teacher by teaching his apprentice to generate a change in him.

– Do not encourage catharsis: although it may at first mitigate the malaise, the intentional expression of emotions derived from the beliefs can reinforce these same beliefs.

– Being flexible: each patient is a different world, with a distinct and characteristic way of thinking. If the therapist is not flexible and does not know how to adapt, he will not be able to generate changes in his patients.

On the other hand, the relationship with the patient will be based on the following principles:

– Unconditional acceptance: there should be no value judgment, neither positive nor negative towards the client/patient. The therapist must show that clients are accepted as any other person as human beings, fallible, useless, or useful because one or more behaviors do not define a person.

– To be authentic: the therapist must be open and accessible. He can even talk about his private life when it seems appropriate, to illustrate the fact that we are all struggling and that we can all go wrong. Personal experience does not serve as much to propose solutions to normalize certain emotions.

– Have a sense of humor: this is one of the key aspects of rational emotive behavior therapy techniques because this therapy is based on restlessness and tranquility. The therapist can use humor to highlight certain aspects of irrational beliefs. Of course, without depreciation or disrespect: the therapist must take into account that the sensitivity of each patient is different.

– Informal Therapeutic Style: Rational emotive behavior therapy techniques work best in a relaxed environment and away from the formal aspects of therapy. The patient should see the therapy as a friendly and fun conversation in which he can talk about his concerns and beliefs in a relaxed way.

Rational Emotive Behavior Therapy is an interesting and largely satisfying therapy for patients. It helps her to change her life philosophy, to adopt a more protective style of dealing with problems that generate anxiety or depression. It is also largely supported by the results of scientific research. This therapy places Albert Ellis among the most important figures in clinical psychology.

– Rational emotive behavior therapy is one of the main forms of cognitive-behavioral psychotherapy. Indeed, cognitive-behavioral psychotherapies are brief therapies. They are not centered on the patient’s past or childhood. They help to empower the creation and maintenance of emotional and behavioral disorders as a result of one’s own belief system. They are based on learning a new behavior based on more rational beliefs.

– From the first day, the gents leave understanding what happens to them – and seeing clearly how will you solve his problem.

– His goal is to solve emotional and behavioral problems through a more directive, more philosophical, and empirical approach.

– It addresses the reason and the rationality so that the person manages to become aware of his emotions, as well as his destructive and limiting thoughts. To those who are often on a more subconscious or automatic level and that the person does not usually identify on their own.

– Later, the psychotherapist facilitates strategies for the patient to use more constructive thoughts.