It should be noted that philosophical therapy or philosophical coaching is above all a Socratic practice. Most of these skills are also philosophical skills and worked on in philosophy but in this device, most of the work is done orally within the framework of a dialogue of very Socratic inspiration and with live exercises. We also use the great authors to comment on attitudes or study assumptions or beliefs that some philosophers have theorized, which allows you to give a more solid and substantiated foundation to these beliefs. This also makes it possible to question them in order to possibly modify them. In this article, we will see, the definition, the target, the origins, the method, the goal, and the objectives of the philosophical therapy …

I – What Is Philosophical Coaching? 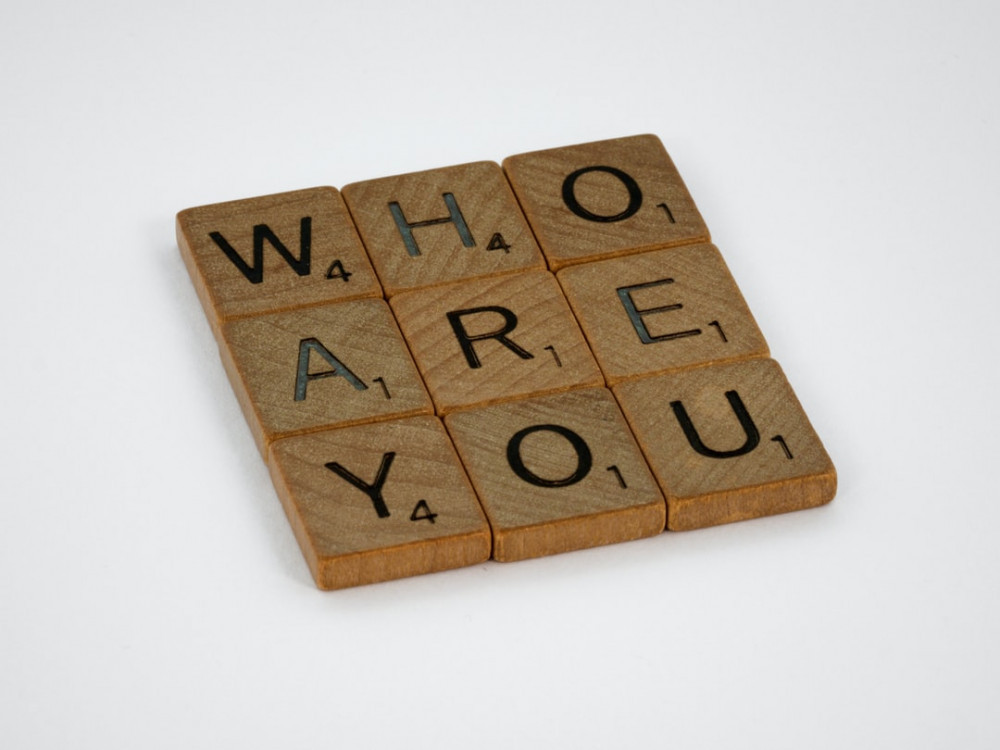 It is cognitive and behavioral coaching that makes you work, in a relatively short time, on the skills and attitudes of philosophical practice. In this we must rather take the term coaching in its original sense, that of sports training with a “coach” to train you without complacency. These attitudes are mainly:

– distancing yourself from your emotions

– deepening and discernment (which themselves include analysis, synthesis, argumentation, explanation, interpretation and judgment, identification of presuppositions)

II – Who Is Philosophical Coaching For?

– People who want to develop their critical thinking skills to be more efficient, more incisive, deeper, to have more ideas and more reasoned ideas.

– To people who have the impression that they no longer think except by automatism, that it goes so quickly that they think without thinking, that is to say, that they decide but no longer think about the rationality of their decisions, their implicit assumptions.

– People who have the impression that they are becoming rigid, that their thoughts are starting to atrophy, to become encysted.

– People who feel like prisoners of the speed of the world and the grip of new technologies, ready-to-think, and who want to regain control of their thinking.

It is to develop all of these skills in order to think better, to be more lucid, more objective, to have more distance with oneself and one’s emotions, with the world around us.

But it is also to regain self-confidence by mastering these skills.

This coaching also allows you to develop your intellectual flexibility, your openness and daring your responsibility.

In addition, the following effects are observed regularly and acquired over the long term:

– for skills: better conceptualize, argue, question, see problems, make objections, be clearer and more concise, more synthetic, have a more global vision of things, and at the same time precise and analytical

– for attitudes: take more distance, be more objective, more confident, more confrontational and daring, more courageous and responsible, more insightful and tenacious, more open to difference and interested in others, less narcissistic and self-centered, more combative and incisive, with a sharper and more impactful spirit.

Philosophy was not in its beginnings that somewhat old-fashioned university subject that it later became.

Socrates, the man who gave philosophy its name but also its letters of nobility, indeed practiced his art simply by walking in the streets of Athens.

During these walks, he spoke with everyone, young and old, commoners, slaves, and aristocrats, learned and ignorant (holders of false “knowledge” being however his prime target).

On this occasion what Socrates called a “dialogue” took place, but which was rather, as he also defined it, “childbirth”.

And from this childbirth, truths were born that the interlocutor of Socrates, to his surprise, carried with him while ignoring him.

Philosophy has therefore been, since its inception, 24 centuries ago, the wisdom of life and above all a daily practice of humans.

Were these philosophers, however, “therapists” as we understand them today?

Although they did not provide medical care, they were nonetheless “therapists” in the etymological sense of the Greek word therapeutès, which meant “servant”, or “who takes care of someone”.

And it seems to me that this definition of the therapist as being the one who “takes care” of his client, actually fits very well for the use that is made of it in philosophy.

In the space generated by this “caring”, a space that client and coach/therapist jointly develop, philosophical therapy and coaching work wonders …

V – The method of Philosophical Therapy

Philosophical therapy or philosophical coaching is based on work done in conscience with the client.

And this conscious work consists of clarifying the terms of the questions that the client asks himself in relation to the work he does with the coach.

Consciousness and enlightenment are therefore the two keywords here.

Does this explanation seem too abstract to you?

Here Is a Concrete Example:

A client, let’s call her Marie, came to see her for a situation she can no longer handle. She feels crushed, locked up, in her professional activity but, for some time, she has felt this oppression in her family life as well.

She has the feeling of a total lack of freedom in her life.

Suddenly, to compensate for this lack, she goes out more and more with her friends in the evening, returning later and later, which, obviously, has consequences on her life as a couple, but also in her work.

However, Marie has the feeling while making these outings, to find a little of the “freedom of her youth”, she said to the philosophical therapist.

But in the end, she ends up finding it hard to put up with this new way of life as well.

Then begins an exchange with the therapist, where the problem is first mentioned (“to problematize”, as the philosophers say) which leads Marie to consult today.

Both Agree on a First Question:

“To be free, does it mean being able to do everything without any limits? “.

Then other questions arise, from the client’s side but also from the coach’s side:

Marie answers then reflect, then asks a question again, while practicing “problematizing” her situation even more finely.

Until, at the end of the session, a first result is noted: freedom does not depend on external circumstances but on ourselves.

It is quite possible to be a captive at three in the morning in a nightclub, and in return one can be free, completely free, locked within the four walls of an office.

The rest of the sessions will build on this foundation, gradually adding one stone to the next, until such time as Mary has developed her own “concept” of freedom, and is able to apply it in her life.

VI – The formula of the American philosopher Lou Marinoff

An American philosopher named Lou Marinoff worked hard to ensure that “Philosophy Consulting”, the name given in the United States to philosophical therapy, acquired its letters of nobility.

And I think he did it pretty well.

I do not use this rule in this way, but I still think that it sums up well the process which must be at the base of any session of philosophical coaching or philotherapy, philosophical consultation, philosophical practice, or whatever name you choose. will want to give it.

As we have seen in the previous example, it is first of all necessary to problematize the questions – often simple words by the way or scattered sensations – that the client brings up during his first session.

This is what Lou Marinoff calls identifying the problem.

The second, essential stage is when the coachee evokes his emotions, those which are said from the outset, as well as those which emerge during the discussion.

Then comes the third stage, which is placed on this basis already more ordered than at the beginning, but which has not for all that lost its emotional dimension: to define what it is possible to do by evoking, without sorting at this stage a number of achievable projects.

Then, the client and the therapist together consider the entire picture thus obtained, without focusing on a particular detail.

On this basis, they now assess the precise goals to be achieved and the means to achieve them.

The icing on the cake, but nevertheless the most important phase according to my own approach, in any case, they are suitable in a final stage to promote decision-making, a dimension which is often deficient in the client who comes to consult.

VII – The Status of the Philosopher in Philosophical Coaching

To end this presentation of the method used in philosophical coaching, it is important to note that the philosopher is not a “specialist” in this or that subject: on the contrary, he is a “generalist of the soul”. So he does not give any “advice” in any area whatsoever. He simply leads (but this “simply” is already a lot) the one he takes care of, to improve.

For example, the philosopher does not have to be a cook himself to help a cook be more successful with his recipes.

And he does not give “advice” in the kitchen either: he would be quite incapable of doing so (and I even more than the others!) …

It is the cook who “knows” how to cook, he is the real “knowing” in this meeting, the philosophical therapist, him, being an “accompanying”.

But what this accompanying person is capable of is nevertheless essential: it consists in bringing this cook, or this client in general, to reach his best level.

A philosophical coach therefore necessarily believes in the perfectibility of the human (as many philosophers, such as Jean-Jacques Rousseau, already believed in their time).

And, even more than the perfectibility of humans in general, the philosophical coach believes in that of that human in particular, the one who has just ringed the bell and who in a few moments will become his “client” …

VIII – The Goal of Philosophical Therapy

There is only one goal in coaching, whether philosophical or not, and that is change.

And, again, not change in general, but a change in particular, ours, the one that moves us from one stage to another.

Knowing that sometimes it is impossible for us to reach this new stage in our lives, for reasons that the coaching sessions are intended to update.

It should be borne in mind, in fact, that clients who make an appointment with a coach do not do so because they had nothing better to do that day, but because they want to change.

That’s why they get help. And that’s why they rack their brains too, relentlessly pinpointing their emotions and tidying up their ideas.

These clients are dissatisfied with their life and want to both understand them and change them.

And so it’s the job of the coach in general, and the philosophy coach in particular, to take care of them.

Hence the final question of meaning. A successful life is a life that has meaning.

Philosophy is precisely the area in which the notion of meaning, and the search for meaning, are most important.

And, in fact, being able to make sense of what is happening to us is essential to hope to lead a fulfilling life.

Being sick, losing your job, and much more losing a loved one, are some of what are sometimes called “the trials of life.”

The mission of philosophical coaching or philosophical therapy is to help the coachee to find in himself what to bring meaning to these trials which are happening to him.

But they will also help him “to cross the bridge” which still separates him from a better life, a bridge which nevertheless seemed impassable to him a few moments ago when he put his finger on the bell in the philosopher’s office…