Coaching and Philosophy – What Have in Common

Since the rise of Coaching in recent years, so many questions have arisen, especially in connection with philosophy. What is the view of the Philosophy on Coaching? Can we reconcile Coaching and Philosophy? How are Philosophy and Coaching different? Etc. Over time, we have come to find that there is a rapprochement and that they have one thing in common: the man. Only that sometimes the approaches diverge, often these converge. In this post, we will try to see the link between Coaching and Philosophy.

Coaching and Philosophy – What Have in Common 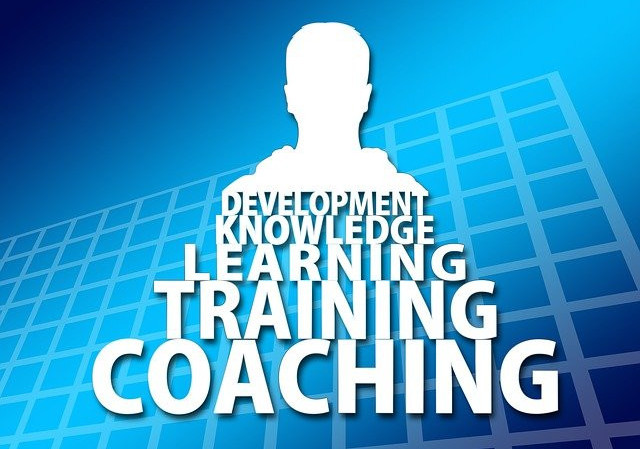 In the light of the facts, the philosopher reveals the new man. The coach awakens the champion who is in him. In the parallel between coaching and philosophy, we can see that at the center of all reflections there is the man. Man with all his weaknesses, his contradictions, his anxieties, his fear of change, his fear of the other. But also, a man with all his strengths, his values, his intelligence, his potential, his desire to do better and to be better. It is in this man, in this champion that the coach will find unsuspected reserves of performance allowing him to reach his goals.

Coaching and Philosophy According to Socrates

If we had to find a single point in common between philosophy and coaching, it would undoubtedly be the central point of these two disciplines; ” the man “. The man is the essential basis of the work of the philosopher and the coach. “Know thyself,” said Socrates. Already, the reflection concerned self-knowledge; of this man filled with desires, opinions, and prejudices.

Coaching and Philosophy According to Plato

Plato advised us to get out of our cave, so as not to be trapped in our illusions and appearances, in order to better grasp reality. Thanks to the dialectic, he wanted to guide these prisoners towards the exit, to show them the way towards reality. Wasn’t that a real helping relationship, totally imbued with a desire to make the other grow? Coaching already!

The true and sincere language was there to sort through appearances, contradictions, misunderstandings, reluctance, and make others grasp the real, with all its opportunities for growth towards a better life. More coaching!

Coaching and Philosophy According to Aristotle

Aristotle brings pragmatism to philosophy and does not see change as an imperfection of the world but a raison d’être, an opportunity for evolution and access to objectives. Always Coaching!

Coaching and Philosophy According to Epicurus

Epicurus advises us to philosophize, not to make great speculations on the world around us, but simply to understand it and live there better. He tells us that in the midst of materialistic necessities there is a great place for freedom, that this freedom is ours and we must seize it. Understanding one’s environment and making responsible choices there in all conscience is the path to wisdom for philosophy. It is also a path taken by coaching.

Accepting the dysfunctions and disorders that surround us, by controlling our representations, is access to human freedom for the philosopher. For the coach too.

Montaigne insists on the place of man and the urgent need to put him back at the center of all discourse. Descartes with his famous “I think, therefore I am” gives man the will and the confidence to appropriate the world, on the condition that he does so methodically and with reason…

Leibniz tells us that energy is as important as being and that within each of us there is an inner strength to harness. It’s good coaching before its time!

He also tells us that to be free is not to do whatever goes through our mind, but to conform to what we are and that this involves making sacrifices and mourning, to achieve true freedom, which he calls “autonomy”.

This time there is no longer any doubt. Philosophy and coaching go in the same direction.

Spinoza insists on illusions, which are only confusions between our desires and reality, or even a form of belief that we take for knowledge. Spinoza calls her the finalist illusion. The coach talks about a frame of reference and invites regular cleaning of the glasses through which we look at the world and at others.

Pascal tells us about the heart of man and his reasons that reason does not know. If the coach listens to his client with his ears, he also listens with his heart in the total alliance.

Hume tells us that the sun will rise well tomorrow and that in our daily actions we need our beliefs in order to act. However, these beliefs must be our own, what carry our values and give meaning to our life. This is the guideline of any individual coaching intervention.

Rousseau thinks that man is not an animal like the others, since he has the capacity to evolve, to develop capacities, knowledge, tools because he is “Perfectible”. The coach, too, puts all his confidence in the potential of his client and his desire to be a champion.

Rousseau and “the lights” speak to us of our freedom through respect for others through the notion of reciprocity; an important notion of team coaching.

Kant’s rigor and morality, as well as his relationship to space and time, are similar to coaching interventions. These interventions invite the coachee to be in the here and now. They are carried out with professionalism and respect for fundamental human values.

Hegel also considers that we must not forget the real, True master of dialectics, he works on the analysis of dialogues and exchanges, thus giving life to “metacommunication”, the indispensable tool of coaching. By wanting to think of the whole as a unit, he becomes the philosopher of the system which strives to understand the whole through all its manifestations. The systemic analysis will also help the coach in his approach to organizations.

The life of man in society with all the constraints imposed on him pushes Auguste Comte to give birth to sociology and to study the phenomena of social cohesion in order to live better together; whole systems coaching program.

Schopenhauer criticizes, long before our consumer society, endless desire, in the perpetual quest for ephemeral satisfactions. It gives the notion of “will” an essential force used in supporting change in coaching.

Likewise, Kierkegaard tells us that to exist is to become, to change, to transform. For him, life is just a succession of possibilities open to us, and these choices must be guided by the meaning we want to give to our existence.

Bergson will shed light on the notions of duration, movement, and intuition, declaring that life is creative evolution. Not to wait for the next day, but to create a future, that is the mission of coaching.

Heidegger declares that it is not starting from the present that we must think of time as a continuation of now, but starting from the future. Our horizons should not be limited by too short a vision. We must assume this freedom that we have to look further and higher, even if it comes at the cost of anguish and frustration. Through his support and his benevolence, the coach allows us to look further and consider new paths while offering soothing protection.

” Become what you are “; taken up by Nietzsche, is a formidable slogan of the desire to build a future on strong personal values, and to align these values with our behavior and our choices. Put the essential at the heart of the important; motto given by the coach to his champion.

Analytical philosophy, with the study of the structure of language, will question us about the meaning of what we say. By questioning, reformulating, and reframing, the coach invites his client to discover the meaning behind the words. We must start from language and remove ambiguities in order to go beyond language, towards meaning.

With psychoanalysis, Freud says that man is foreign to himself and that we must strive to be less and less foreign to ourselves in order to achieve autonomy. He says that psychoanalysis is used to love and to work. To love, that is to say, to fulfill oneself in relationships with others on an individual basis. To work; that is, to achieve from a collective and social point of view. Although the field of psychoanalysis is more of the past and that of coaching in the future, their approaches to “the other” and to work are very similar.

Regarding these choices offered, Sartre reminds us that we live in an environment that we have not chosen, but which allows us to exist. Faced with these multiple possibilities, we always have the choice, even that of resisting or of doing nothing. This freedom is by nature anxious because it transgresses our usual and recognized behaviors behind which we hide. It is easier and more reassuring to be accompanied to move forward; this is the heart of the coaching helping relationship.

Sartre also tells us that hell is other people (behind closed doors) and that encountering others is a source of potential conflict. The meeting with a coach is of a totally different nature. The relationship between the coach and his client is a relationship of “power for” and not of “power over”. The alliance between coach and coachee is a very particular relational state allowing an exchange without a mask and in all confidence towards new possibilities.

If the image we have of philosophy is a flood of sometimes very theoretical discourse, the fact remains that the stakes are often very concrete. In the field of coaching, the coach will not reveal the theories and techniques to his client, even if sometimes an educational approach can be introduced, but he will investigate concrete solutions with him. Heidegger also wants to refocus philosophy on listening to the other and the experience of the other, as it can be done face to face. Its ethics are therefore based on the relationship with others.

In coaching, problem-solving is one of the most common requests. Wittgenstein teaches us that sometimes the solution in life can be a new way of living that breaks down barriers. This technique, which consists of identifying as well as possible where the problems lie, often pushes the coach to offer another perspective on the difficulties and to integrate them into a broader reflection, on the way of living, and the meaning given to the solutions envisaged.

One of the essential parameters in a coaching intervention is the willingness to change the coachee. Bachelard thinks that the obstacles preventing us from moving forward are not external, but internal to us. He says that we are prejudiced and that we must “kill the old man in us”.

The philosophical notion of “paradigm” is the way in which everyone sees the world around them. It totally echoes the notion of a frame of reference used in coaching. The paradigm shift can be very beneficial for the coachee. The new paradigm is no truer or more false than the old one, it simply helps to get around or make the problems go away. Living and thinking in new ways often allow problems to stop being problems and sometimes turn them into solutions. For that, we must act, want to change, be in renewal, in rebirth. For sterile nostalgia, we must substitute confidence in a future chosen and constructed with meaning. Coaching will not heal the past to live a better present, but it will heal the present to live a better future.

Good to Know About Coaching and Philosophy

Although there is a strong link between Philosophy and Coaching, it is necessary to know that Philosophy itself has also established itself as Coaching: it is philosophical coaching or also called philosophical therapy.