To grow well, maintain a good state of health, and develop a healthy adolescent, we need to be aware that for this purpose, there are some minimal nutritional requirements of adolescents.

Nutrition is essential for survival, physical growth, mental development, individual performance, productivity, health, and well-being throughout life: from the early stages of fetal development to birth, during the first years, childhood, adolescence, and adulthood.

Adolescence is a pivotal period of life. This is true, also in the nutritional field. Due to growth and accelerated development, the nutritional requirements of adolescents are enormous. And as this period corresponds to changes in habits and lifestyle, the temptation of sugary drinks, vending machines, and fast food or conversely to skip meals to keep the line, leads to an unbalanced diet, with hypercaloric products, too sweet, too fat, and unbalanced.

*** Nutritional Requirements of Adolescents in a Period of Change 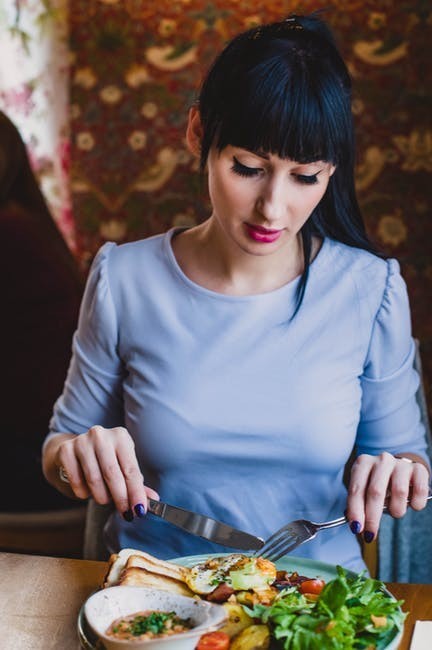 Adolescence is a period of significant physical, psychological and social change. The child becomes little by little an adult. He sees his height, weight, morphology, and body composition change. 50% of weight in adulthood is also gained during adolescence. At the first signs of puberty, growth is generally accelerated by the effect of sex hormones, which sometimes have different influences on the nutrient requirements of girls and boys. The genetic background and diet of young people also strongly influence their growth. For girls, the growth spurt is usually between 10 and 15 years old, with a peak at 12 years old. In boys, this period occurs later and lasts longer: it can range from 12 to 19 years, with a peak around the age of 14.

To grow well, maintain a good state of health and develop, the adolescent needs a greater amount of energy. That’s why a teenager’s parents sometimes feel like feeding two people rather than one. As energy requirements increase, it is not surprising that protein, carbohydrate, fat, vitamin, and mineral requirements are also increasing.

Dietary behaviors, like all adolescent behaviors, are influenced by the effect of fashion, group, and self-image. Teens often eat out with friends and it’s not always easy to balance their meals. The ideal calorie intake varies from one young person to another and is balanced over several days. There are no standards: it depends on the individuals and the pace of their growth.

Adolescence is, with the fetal period and the first year of life, the period of greatest growth. In 5 years the double weight and during some years the child grows from 8 to 12 cm per year. Nutritional intakes increase considerably to reach or even exceed recommended intakes for adults, and the risks of food imbalance are very important. The physical upheavals are also psycho-emotional and social because beyond the satisfaction of strictly nutritional needs. Dietary behaviors take on a particular meaning in adolescents seeking identity and belonging to a group.

As in other areas, the adolescent’s eating behaviors are strongly influenced by the group, by fashion, or by a certain body image, especially among girls.

In this period of growth, the nutritional requirements of adolescents are large and varied. In addition, they must learn to eat balanced.

Adolescence is the period that requires more energy (calories) than any other, except for pregnancy and breastfeeding. The teenager must eat enough to trigger and maintain her menstrual period. To do this, the teenager’s body must have a reserve of at least 17% body fat. Body fat plays an important role in the production of female sex hormones (estrogens). The body composition of teenage girls naturally changes and builds up fat in the hips, buttocks, arms, and chest. With the onset of menstruation, iron requirements increase dramatically in girls. The iron loss in the menstrual blood must be taken back into the foods eaten.

Energy needs are even greater because their muscle mass is growing. This increase in muscle mass requires a larger blood volume and a higher number of red blood cells, thus a higher consumption of protein and iron. As with girls, the zinc and calcium needs of adolescents increase during this period.

I – The Energy Contributions

In young people of the same age, the needs vary enormously according to the speed of growth and it is impossible to establish norms for a given individual at a given age. Energy intake calculated on average is increasing to exceed those of the adult.

Lipids are often quantitatively excessive, but especially qualitatively unbalanced. Intakes of unsaturated fatty acids are often insufficient, although they are a priority. A lipidic intake covering about 1/3 of daily energy expenditure is recommended, in the form of diversified fats. We must focus on oily fish, oleaginous fruits, rather than seasoning oils on raw vegetables. Conversely, saturated fatty acids are often excessive, by the consumption of hidden fats in the fat and sweet nibbles, which will have to deviate habits.

Proteins are essential for cell growth and renewal. Because he grows up quickly in weight and height, he needs extra protein. They make up 10 to 20% of the energy intake, including a quarter of protein of animal origin, such as meat, eggs, and fish.

Calcium metabolism is closely related to that of phosphorus and vitamin D, which are naturally produced by the skin under the influence of solar radiation.

Recommended intakes of calcium are very high, from 1200 to 1500 mg/day during growth spurts because adolescence is a key period for bone capital. Until the age of 20, it is the moment of the greatest period of bone growth. At this time, the higher the calcium intake, the more bone mass increases. Optimal calcium intake at this age is an important preventative measure of osteoporosis. It is found especially in dairy products.

Iron requirements are usually covered by a balanced and varied diet unless the supply of meat products is lacking.

Iron intake should be increased because of tissue growth and red blood cell multiplication. They are between 12 and 18 mg per day for boys and between 13 and 18 mg for girls, in addition to the loss of iron during menstruation. It is found in meat, fish, and poultry.

There is no specific need for sodium in children. It is more about changing the taste habits to avoid addiction to salty taste, which leads to excessive consumption of table salt in adulthood.

However, it will be necessary to be attentive to the excessive losses of sodium in connection with profuse sweating, under certain conditions of practice in a hot environment. The addition of a pinch of salt (ie 1g / liter) in the drinking water of effort is then recommended.

The specific vitamin intake of adolescents is poorly known, but there are deficiencies in vitamins of group B, but also A and E in girls in particular. Taking oral contraceptives increases the need for vitamins B6, B2, and folic acid.

2. Dietetics and Nutrition of the Sport Child

The diet must cover the specific needs of the sports activity, especially if it is intense, by adapting the energy inputs, and proposing qualitatively a balanced distribution of nutrients.

The sporting time associated with school constraints considerably reduces the time spent on restoration. The duration of meals is often reduced to the maximum, or sometimes nonexistent, reducing to a sandwich or a snack during transport.

Collective restorations of training camps, trips, or simply colleges and high schools, are only rarely adapted to the nutrition of young athletes.

The lack of knowledge of children about food does not allow them to discern the most objective recommendations, which makes them even more fragile.

Deficits in energy intake will have repercussions on the development of the child, (especially as the training is intensive) resulting in weight loss, growth retardation, pubertal delay, amenorrhea, and other hormonal disorders. They are also a source of fatigue that is a warning sign for the child athlete.

Conversely, excess energy intake leads to overweight, even when there is sporting activity, hence weight gain, with possible repercussions on the skeleton and the static. This weight gain is sometimes desired in sports in opposition to an opponent.

The energy intake will have to adapt to the sports activity practiced, according to the type of discipline, and the intensity of the practice. It is a question of finding a balance between the Nutritional requirements of adolescents and greediness.

3. Foods Left Behind by Teenagers

Vegetables and fruits, as well as dairy products, are the two food groups most often left behind by teenagers. More than half of adolescents do not consume the minimum portion of fruit and vegetables and dairy products per day. Thus, a significant proportion of adolescents have an inadequate intake of calcium and other micronutrients, such as folic acid and vitamin C.

Crisps, snack foods, pastries, sugary drinks: here are some examples of “other foods”, frequently eaten by teenagers as snacks. Often high in fat, salt, and sugar, these foods contribute to nearly half of all calories in 14 to 18-year-olds. In addition, whether in front of the television, computer, or tablet, many teenagers tend to consume food in front of a screen, which can skew their signals of hunger and satiety and reduce the quality of their diet.

Teens also tend to frequent fast food. Given the level of autonomy that increases in adolescence, parents may have difficulty controlling the diet of their youth. In any case, to deprive him of visiting these fast-food chains would only increase the attraction for the nutritious foods that are offered there. It is better to focus on the food supply at home by preparing homemade snacks and various nutritious lunches to help young people develop healthy eating habits. Family meals also promote a more balanced diet.

Food habits and tastes change considerably between childhood and adolescence. A child who eats little can develop a big appetite in adolescence. It is necessary to introduce a varied and balanced diet, as for adults, but taking into account the more important needs of this period, such as lipids, carbohydrates, vitamins, and minerals.

Bad habits can quickly settle and lead to overweight. We put aside sweets and nibbles outside meals, drink water, and avoid sugary drinks; we do not always eat the same things. We do not skip meals (eg breakfast or afternoon tea) and we make sure not to eat too much outside.

Good eating habits will have a beneficial effect not only on weight, but also growth in general, health, and on the skin of teenagers, very often prone to pimples. A little sport, without excess, also helps to maintain the shape, the concentration and regulate the appetite.

– Skip one of the 4 meals because it is scientifically proven that the less you do meals a day, the more weight gain is possible.

– Nibble between these meals because the diet is totally unbalanced. In the end, it brings much more energy than the body in demand, which leads to weight gain.

– Add mayonnaise, ketchup, and other sauces.

– Resale a dish before having tasted it.