Our love of nature is deeply rooted in evolution. Most tourists prefer to stay in rooms overlooking the vegetation or the sea; patients who see nature from the window recover faster than others; if we are under stress, we long for a walk in the park or forest to relax and recover.

The American writer of health books, Richard Louv, introduced the concept of disorder due to lack of contact with nature (nature-deficit disorder) in the book ” Last Child in the Woods: Saving our Children from Nature-Deficit Disorder.” This disorder is manifested by impaired physical and mental well-being. “It is not an official medical term, but a description of the consequences of moving away from nature. The consequences include a weakening of the senses and an increased incidence of the disease, ”says the author. 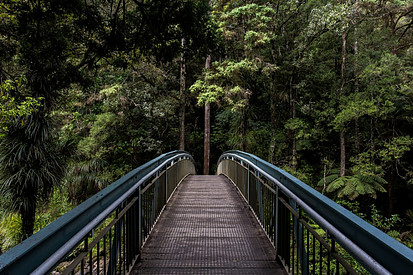 Today’s generation of children in developed countries is the first to live apart from nature. And this is one of the key factors of depression and attention deficit disorder with hyperactivity and obesity. “I prefer to play at home because that’s where all the devices I need to play are,” Lowe quoted a fourth-grade elementary school student.

Since our closeness to nature revives us from within, we shouldn’t replace nature with socialization by computers and tablets, warns Louv. Studies show that interaction with the natural environment plays an important role in children’s development, especially in building problem-solving skills, developing critical thinking, and encouraging creativity.

No View of the Starry Sky

Children growing up in larger cities have never seen the stars because they are prevented from artificial lighting. This is what wrote Peter Kahn, a professor at the University of Washington, in the journal Science. “As we build larger cities, we are unaware of how much we are undermining our connection with nature.” According to Kahn, it is desirable to have a flower in the office, but it is more important to sit on the grass during the lunch break and walk on the ground. These sensory experiences prevent disease development due to reduced contact with nature.

In the author’s opinion, cities could tackle this problem by introducing more nature into the city center. One of the measures would be the obligation to install windows that can be opened so that fresh air and natural light can enter the buildings. It is possible to plant gardens on the tops of buildings and create spaces full of plants around the buildings that people would touch and smell.

Paul Sandifer, a former chief scientific adviser to the U.S. Oceanic and Atmospheric Administration, has analyzed a large body of research on the impact of reduced contact with the natural environment on health. One of the findings was those city dwellers are more susceptible to airway allergies and asthma.

Sandifer’s team found that the absence of certain bacteria in cities is responsible for greater susceptibility to allergies and asthma. Bacteria that increase resistance to these diseases are found only in nature.

It sounds ironic, but frequent stays in a field full of flowers and pollen could be key to reducing the risk of respiratory allergies and asthma.

The Benefits of Socializing With Nature

Richard Louv urges parents not to instill in their children the fear of leaving the house with excessive warnings, but to take them camping, walk, hiking, and encourage them to spend more free time outdoors. “Come out and explore! This is a cure for a disorder of lack of nature. ”