Is This Boy’s Testimony Proof for Life After Death?

Judge for yourself if it is this boy’s testimony proof for life after death. Namely, a three-year-old boy born with a scar on his head claimed that he had been killed in a past life. When he took the village elders to the place where he once lived, everyone was stunned by what followed.

Many wonder if a past life is just a myth or a reality. If you are skeptical about this issue, a three-year-old boy from the Golan Heights near the Syrian-Israeli border may change your mind. This boy claimed to have been killed with an ax in a past life. What is fascinating is that after the boy visited the village, where he lived in his past life, a skeleton, a weapon, and a killer was found.

Is This a Proof for Life After Death? 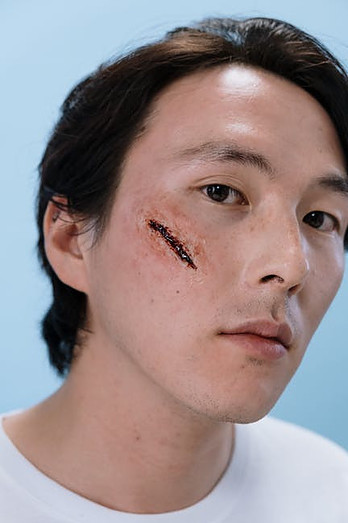 In his book “Children Who Lived Before: Reincarnation Today,” German therapist Trutz Hardo explains the story of this boy, as well as the story of other children who remember their past lives with incredible precision. The story of the boy from the Golan Heights was recorded by Dr. Eli Lash, who provided essential medical care in the Gaza Strip as part of an Israeli government mission during the 1960s. Before he died, he told Hardo about this incredible phenomenon.

The boy is part of the Druze religious community, which belongs to one form of Islam and lives in Syria, Lebanon, Israel, and Jordan. Reincarnation was accepted as a fact in their culture, but his story really surprised the community members.

Is the Scar a Proof for Life After Death?

He was born with a long scar on his head. Druze believe, as do some other cultures, that the scar is associated with death in a previous life. When the boy was old enough to speak, he told his family that an ax blow to the head had killed him.

It is customary for elders to take a child, when they are three years old, to the place where they lived in a previous life if the child remembers it. The boy knew which village he used to live in. When they went there, he also remembered the names he had in a previous life.

A villager said the man, whom the boy says was his reincarnation, had disappeared four years earlier. The missing man’s family and friends thought that he had wandered into enemy territory, considering that it had happened before.

When he confronted the killer, his face turned pale, but he still did not confess to the murder. The three-year-old boy then told the elders that he could take them to the exact place where the body was buried. At exactly that place, the skeleton of a man with a wound on his head was found, which coincides with the child’s scar from birth. An ax was also found.

When confronted with the evidence, the killer still confessed to the crime.

Finally, I repeat the question from the title. Is this boy’s testimony proof for life after death? What do you think? In my opinion, this is no proof at all. I rather believe that this is the work of fallen angels, who try to deceive man into turning away from Jesus in this way. As Christians, we believe that there is only one life and that the solution is in Christ. Atheists will, of course, take a different view. For them, everything is a fairy tale—both reincarnation as well as Jesus’ salvation. But, is this really just a fairy tale? What do you, dear readers, think? What is the truth? Thank you very much for your opinion.