Childhood Obesity and Its Consequences

Childhood obesity is one of the biggest challenges for public health in the 21st century. This is a global problem affecting many low- and middle-income countries, particularly in urban areas.

Faced with this phenomenon, investigations have taken place, others are continuing. In this article, we will present some results of the investigation on childhood obesity. 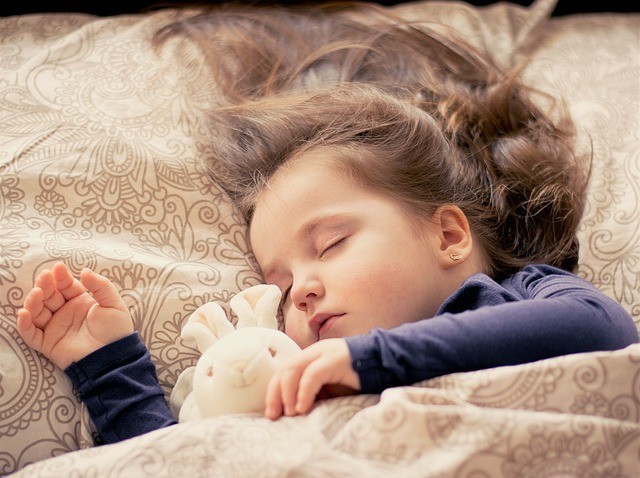 1 – Lack of Sleep and Childhood Obesity

A study by researchers at Harvard Medical School’s Massachusetts General Hospital, published in May 2014 in the journal Pediatrics, found that children who sleep less than the recommended number of hours in early childhood see their adiposity These findings provide convincing evidence of the link between insufficient sleep and childhood obesity, regardless of the period of infancy, but also show, on more than 1,000 children, one in three children, do not sleep enough.

The authors recall that adequate and quality sleep in children is based on regular bedtimes, lack of excitement, and all types of screens in the room. They also remind the importance of good sleep for the vigilance at school, the mood, and the quality of life.

Indeed, the lack of sleep is now a proven risk factor for obesity and metabolic disorders.

*** In the Baby the Nutritional Balance Goes Through Sleep

A study conducted by researchers at University College London, published in March 2014 in the International Journal of Obesity, concludes that less sleep implies an increased need for energy.

From the age of about one year, the duration of sleep is already associated with nutritional intake. As a result, very young children who sleep less eat more, resulting in an increased risk of obesity later in life. The findings thus estimate at 10%, the rate of increase in caloric intake related to sleep deprivation in the small child. A contribution that, even if, it offsets in the short term an additional expenditure of energy, already predisposes to bad nutritional habits.

Lack of sleep contributes to weight gain in infancy, most likely by disrupting the regulation of appetite hormones.

*** The Sleep of the Parents Also Conditions That of the Children

A study from the University of Illinois, published in April 2014 in the journal Frontiers in Psychology, concludes that both parents and children need enough sleep to reduce the risk of childhood obesity.

The author, Barbara H. Fiese, demonstrates that the sleep of the parents also conditions that of the children, and the risk of overweight of the child. Giving the example of a good sleep routine, as well as good eating habits or exercise practice, is part of good health education. She notices that the challenge is difficult to hold, with little children, and the possibility of sleeping only once the children are asleep.

The study compared socioeconomic data, family routines (sleep, diet), the prevalence of obesity or overweight for 337 preschoolers and their parents.

4 routines were evaluated in children:

The sleep of the child, the first factor of protection against overweight. The only major protective factor against obesity or overweight in children identified in the study is adequate sleep duration. Children who are sleep deprived are at increased risk of being overweight versus children who follow at least 3 of the routines.

Lack of sleep affects the child, regardless of age, not only a problem for preschoolers, but also for children in primary and high school students whose brains are still developing.

Three principles, eat well, play well, and sleep well. Good nutrition, enough exercise, and adequate sleep protect the whole family. Unplugging for half an hour before going to bed is a good idea for both parents and children. Adults must follow a soothing routine themselves, turn off their tablets and engage in a soothing ritual. Children’s exposure to television and screens should be limited to 2 hours a day and also turned off half an hour before bedtime, to get into a predictable routine for the child and the recommended sleep time is 10 hours per night, for the little child.

2 – Obesity Slows the Reflexes of the Cortex

Researchers at the University of Illinois in a study, published in April 2014 in the journal Cerebral Cortex, reveal a link between childhood obesity and cognitive function, showing that brain and behavioral responses of children with obesity are slowed down.

The study examined the relationship between obesity and cognitive control from neuro-electrical and behavioral measures of 74 preadolescent children, half of whom were obese and half normal weight. The children had to indicate the direction of schools of animated fish on a screen, some fish going or not in the same direction as the main group.

Results suggest that obesity is associated with a decrease in cognitive control, via activity in the prefrontal cortex and anterior cingulate cortex, 2 areas involved in the control of the action. Results that also have concrete implications for children’s schooling: An executive control task (action) requires the organization, planning, and inhibition of the cognitive processes that are also needed to succeed in mathematics and in reading, so important for academic and professional success. 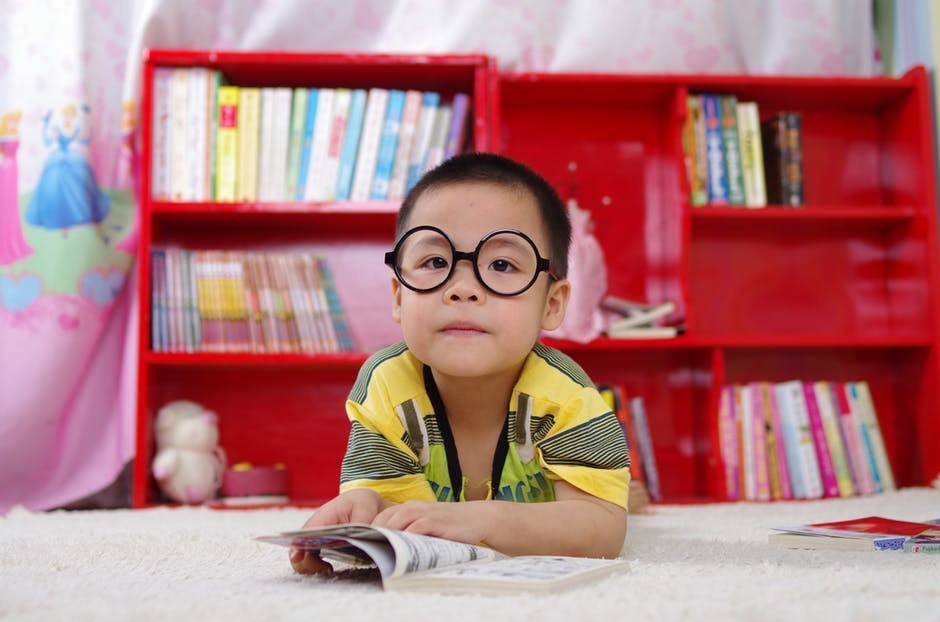 Recent research has shown that obesity can reduce the intellectual abilities of children and affect their academic performance in spelling and mathematics in particular.

Researchers at New York University and the Nathan Kline Psychiatry Research Institute compared the intellectual performance of 49 adolescents with metabolic syndrome in a comparison group in September 2012 with a control group of 62 healthy adolescents.

The results of their study show that the intellectual performance of children affected by this syndrome is reduced in the following areas: mathematics, spelling, level of attention and attention span, and mental flexibility. The researchers also noted differences in the structure of the hippocampus, the part of the brain that regulates learning, memory, and emotion.

On the basis of these results, they recommend associating with the classic treatment of childhood obesity a therapy aimed at stimulating brain function.

A study from the University of Cambridge, published in October 2013 in the journal Cell, identifies the genetic root of insatiable appetite and slow metabolism in some young obese patients.

The study sequenced the genome of 2,101 patients with severe early obesity and identified mutations in a particular gene, KSR2, that will increase appetite and slow down metabolism.

The discovery of this new obesity gene, KSR2 also provides new clues to the early development of obesity.

5 – Identification of a Genetic Predisposition to Common Childhood Obesity

A meta-analysis of 14 previous studies, conducted by researchers at the Children’s Hospital of Philadelphia, co-funded by the National Institutes of Health (NIH) and published in April 2012 in Nature Genetics, identified 2 new genes that mutate, are associated with common childhood obesity. The study, conducted by an international group, the EGG Consortium, points out that while environmental factors, such as food choices and sedentary lifestyle, also contribute to obesity in childhood, obese adolescents have a higher risk of adulthood.

The meta-analysis included 14 genomic studies covering 5,530 cases of childhood obesity and 8,300 control subjects, all of European descent. Two new variants have been identified, one within the gene located on chromosome 13 OLFM4, the other within the gene on chromosome 17 HOXB5, and the less important involvement of two other genetic variants.

This work opens new avenues to explore the genetics of common childhood obesity and these early findings may already contribute to designing future prevention interventions and treatments for children, based on their individual genomes.

Obesity is a disease because it impairs health. The attacks can be numerous and are physical, psychological or social. In 2014, the European Court of Justice ruled that obesity could be considered a disability at work.

Alterations in health due to obesity:

Obesity is a disease for those who suffer from it, it must be treated as such.

Regular medical monitoring can treat or prevent complications of obesity. Some of these complications are known to you: they must be treated. Others can grow insidiously without you realizing it. Your doctor will do the research and treat them too.

Obesity management itself can be done by your doctor who can lead to an improvement in your state of health.

7 – Exposure to Advertising Is More Harmful Than a Sedentary Lifestyle

In a study published in Appetite magazine in June 2013, Kristen Harrison’s teams at the University of Michigan tested the notoriety of certain foods with children and then compared these data with their BMI (Body Mass Index).

The authors interviewed a hundred parents about their eating habits, but also television. They also interviewed children who were consumers of programs interspersed with ads. For those who had access to their own way in the refrigerator and cupboards, their perception of a healthy meal appears distorted. For them, hamburgers, fries, and other cakes are the basis of a healthy and balanced diet.

More a child is familiar with the logos and brands of fast-food restaurants, sodas and other junk food plus the child is likely to be overweight or obese. So the more he will tend to be obese in adulthood.

Because children receive most of the food messages via television, they simultaneously combine sedentary behavior with time spent in front of the screen and incentives to consume these unhealthy foods. Thus, it is from the age of 3 that children develop their food preferences … under influence.

A study published in June 2014 by the University of the State of New York in the Pediatric Archives (which reports to the Journal of the American Medical Association) shows that it is possible to reduce the time spent on television or video games through a monitoring device that limits access to the screen.

Television, video games, frequent intake of sugary drinks, and high-calorie foods are the major contributors to overweight and even childhood obesity.

Leonard Epstein and his team at Buffalo conducted a two-year experiment on 70 overweight 4- to 7-year-olds who “ate” television or plunged into a video game at least 14 hours a week at home. They proposed to their family to set up a monitoring device to reduce access to the screen with an electronic access code for each person in the household. The researchers separated the children into two groups, one without any limit, and the other with a gradual decrease in exposure, their access code forbidding them to exceed it.

Each week, in the second group, the allowed time was reduced by 10% to finally obtain a halving of the hours spent sitting or lying in front of the screen, with encouragement to comply without complaining (goal contract even small financial rewards). At the end of these two years of follow-up, the children managed to reduce their screen time by 17.5 hours per week compared with only 5.2 hours of reduction for the control group. And at the same time, the body mass index dropped considerably, unlike that of the screened gurneys. Changes are attributable more to a decrease in energy intake than to an increase in physical activity.

9 – Who Is the Surgery for Childhood Obesity Intended For?

The use of surgery should remain an exceptional measure and only in the case where childhood obesity could not be controlled by medical treatment.

Gastric surgery should only be considered in the following cases:

This medical management must have lasted between 6 months and 1 year and have included complementary approaches (dietetics, physical activity, management of eating disorders, possibly psychotherapeutic treatment, treatment of complications associated with obesity).