Interesting Facts About the Gospel of John

John, the last of the surviving apostles of Jesus Christ, was the last New Testament writer. So Let’s mention some interesting facts about the gospel of John. He probably wrote his Gospels, Epistles, and Revelation in the last decade of the first century. Thus he wrote his writings written about thirty years after the Synoptic Gospels. But compared to the other Gospels, the Gospel of John does not show any significant difference in the way Jesus presents the doctrine of the Law.

Interesting Facts About the Gospel of John 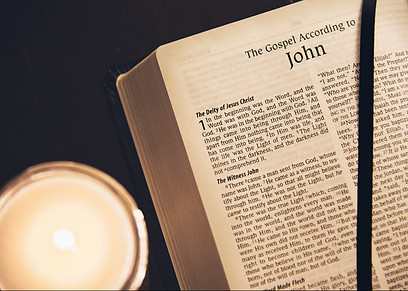 We have already spoken of John’s Gospel in the article on the four gospels of Jesus Christ. This part of our goal is to consider John’s understanding of the Law. The way John conveys Jesus’ life and doctrine could illuminate his understanding of the Ten Commandments. He could also point out changes in the Christian cognition of the Law and attitudes towards it.

John uses the word “law” more often than Matthew. There are fourteen in John and eight in Matthew’s times, but nevertheless, the Law’s question does not occupy so much a central place in John as in Matthew. John used the word “law” (nomos) as a designation for the Pentateuch (Jn 1:45), the entire Old Testament (10:34), the law of Moses (7:23), legal regulations (18:31), and the Ten Commandments (1:17; 7:19). On the other side, between the tenth and fifteenth chapters, John uses the word entolē, “command,” ten times. Among other things, there is the “new commandment” in John 13:34 and two texts on the keeping of Christ’s commandments (Iv14.15; 15.10). In a sense, this part of the Gospel is an extension of the use of entolē in John’s epistles.

Law Is a Fact

John’s writings do not reflect such a discussion of the Christian community about the Law as is evident from Paul’s writings. There is no doubt about the credibility of the Act. Given this realization to be expected, the mention of the Law in John is not controversial and not as direct as Matthew recorded Jesus ’words, for example, those in the Sermon on the Mount about the eternity of the Law (Matt. 5:18). John doesn’t need to tell the Christian community that believers are obligated to fulfill the Law because it is a fact.

John records in his Gospel two instances when Jewish elders accused Jesus of breaking the Sabbath. The first was the healing of the invalid at Bethesda (John 5: 1-16), and the second was the healing of the blind man at the Siloe pond (John 9: 1-41). In the first event, Jesus responds to the accusations with the words, “My Father works continually; therefore I also work.” (John 5:17) The verb form indicates public or official defense. Jesus defended himself by denying the accusation that he had transgressed the fourth commandment.
He was simply doing the Father’s “work” that Sabbath, the work of creation and salvation. In describing the work of the Father and the Son, John uses the verb “ergazomai,” by which John points to Christ’s saving work (John 17; 6:32, 35; 9: 4), and elsewhere he refers to human beings when it comes to deeds that are ” done in God ”(John 3:21; cf. 6:28) or by obtaining food that has permanence for eternal life (6:27). God’s work was not to procure daily bread but to perform a task. The Father and the Son “work” not to lose anything (John 38.39); they are working to save the world (John 4:34; 9: 4; 12:49, 50). Since the Sabbath’s missionary work was not forbidden, Jesus was in perfect harmony with the moral law’s fourth commandment.

Jesus Is the Only Judge

In John 9, Jesus is condemned for healing a blind man at the Siloe pond on the Sabbath. His enemies said, “This man does not come from God: he does not keep the Sabbath.” (John 16) They also affirmed, “We know that this man is a sinner.” (John 24) But Jesus could not accept His enemies judging Him. He, therefore, declared, “For judgment, I came into this world, that they which see not might see; and that they which see might be made blind.” (John 39 – JB) Jesus was the only judge because he lived in obedience to the Law; he was not a sinner, and the Father left all judgment to Him (John 5:22, 30). The execution of the judgment will come “at the last day” for those who do not believe and accept the word of Christ, the commandment of God (Johnn 12:48). In both cases, Jesus did not accept the charge of breaking the Sabbath law. Healing the invalid and the blind was only part of His divine activity. He had the right to save and judge people

In the epistles, John never uses the word nomos, “law,” in the singular, so often used in the rest of the New Testament. Instead, he used the word entolē, “command.” Of the eighteen times the word entolē is used, ten times it is in the singular and eight times in the plural. God’s command is closely related to believing in Christ, His mission, His love, and His power to give eternal life: “And this is his commandment, That we should believe on his Son Jesus Christ, and love one another, as he hath commanded to us.” (1 John 3:23)

Returning in John 13:34 to the “new commandment,” the aged apostle sums up the content of this special commandment in love (1 John 2: 7,8). This new commandment, which was new only in terms of renewal and the reality of its fulfillment, invites Christians to love one another and God (1 John 4:21; 2 Jn 5). And the mention of love in the new commandment is not new because it is mentioned in the instructions God gave through Moses (Leviticus 19:18). That is why John can say that he is not writing “the new commandment, but the old commandment that you received from the beginning.” But it is new in the sense that it now works in transforming believers to become like Christ (1 John 2: 7, 8).

God’s Commandments as the Way of Life

Although God’s commandment is one, it is also in the plural, in the form of the Ten Commandments of His moral Law. John emphasizes their performance. He uses the word tēreō five times, which means “to perform,” “to practice,” “to hold strictly.” This word expresses the thought of obeying the inner purposes, human desires, and actions of God’s will as revealed in the commandments. This is why John describes God’s commandments as the way of life, Jesus ’way of life. John calls the “elect” to live “according to his commandments” (2 John 6). Also, keeping the commandments is proof that Christians know God (1 John 2: 4, 4) and love Him (John 14:15).