How to Recognize an Alcoholic and How to Deal With Them

It is almost impossible to imagine important life events without a ‘glass’ of alcohol. So it’s not easy to recognize an alcoholic when everyone is drinking? Alcohol consumption and addiction to this psychoactive substance are widespread in our society and are also historically and culturally woven into the social fabric. Alcohol is used to celebrate the birth of a child, graduation, and various turning points in life, but ultimately, it is also used to mourn. According to the data, too many people resort to alcohol even in everyday situations, such as socializing, having fun, relaxing, stress, and boredom. Alcohol is cheap and available almost everywhere, legally and socially accepted, and very often, it is mentioned in the dubious context of a food product. That’s why many experts are right when they claim that our society is hypocritical because it encourages alcohol consumption while condemning people to alcoholism.

Excessive alcohol consumption is considered one of the most common preventable health risks, along with smoking, high blood pressure, obesity, physical inactivity, and high blood sugar. Alcohol-related disorders are a significant public health problem, mainly because they affect not only the person who is dependent on alcohol but the entire family. The American Society of Addictions (ASAM) estimates that a third of hospital costs and a quarter of all deaths are related to the use of psychoactive substances.

How to Recognize an Alcoholic – Signs That Should Not Be Ignored 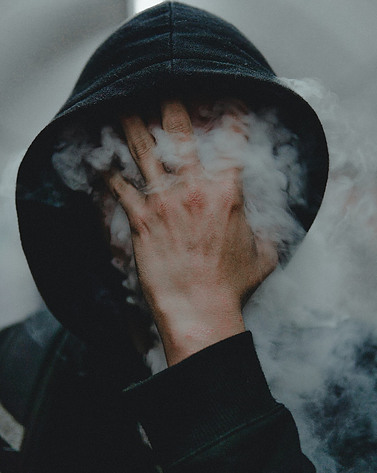 Alcohol shows its true face very quickly, but addiction shows itself with a delay. It almost insidiously takes away a person’s life, piece by piece, without them even realizing it. Although the warning signals appear relatively early, at the beginning of the disease, the developed picture of the disease will become apparent only after several years of (excessive) consumption.

You Can Recognize an Alcoholic by the Following Signs

– They tolerate significantly more significant amounts of alcohol than people who do not consume alcohol (they need more alcohol for the same effect),

– consuming alcohol when it is inappropriate or even dangerous,

– the appearance of craving and abstinence crisis when a person stops drinking alcohol,

– neglecting other areas in which the person was previously active,

– use of alcohol according to established patterns,

– the occurrence of physical diseases related to excessive drinking,

– spending more and more time on activities that are directly or indirectly related to alcohol,

– the subjective feeling of positive effect,

– continued use despite the awareness of the harm that alcohol does to a person and many others.

Unfortunately, other family members also suffer indirectly, and often none of their interventions succeed.

The early phase of treatment is usually carried out in protective hospital conditions since complications can occur in the period immediately after stopping drinking, some of which can be life-threatening. The patient must be detoxified, physically and mentally stabilized during the abstinence syndrome, and educated about the disease’s basics and the treatment goals.

In the further course of treatment, day treatment is the most important, which means that the person spends part of the day in a specialized hospital program, and the rest at home, in their community. In this phase of treatment, a person is encouraged to learn actively, proactively, and self-observe, assume different roles, develop relationships, use special tools to maintain abstinence, prevent relapse, and change lifestyle. Family involvement in the healing and recovery process often proves to be crucial.

Such treatment usually lasts several months. Then it continues less intensively, with the help of individual controls and family therapy. Self-help groups operating in the local community and led by trained therapists have a special place in the later phase of recovery.

The Best We Can Do Is Prevent Alcohol Addiction

The experience of working with addicts shows us that a person who has developed an addiction does not return to occasional, controlled drinking, which is what patients initially hope for. Therefore, working with resistance to abstinence and treatment is more often the rule than the exception. The course of treatment is characterized by ups and downs or shorter or longer periods of returning to drinking (relapses). Although it is said that addiction cannot be cured but ‘only’ treated, luckily, practice often shows the opposite.

The World Health Organization ranks tax and price measures (alcohol price policy, taxation, and excise duties) and access restrictions (licensing, prohibition of sales to minors, setting the minimum age for purchasing alcohol) among the most successful alcohol policy measures that have been proven to reduce alcohol-related harm. Concern for safety in road traffic (restriction or zero blood alcohol concentration for all drivers, regular random testing of drivers) and treatment of conditions and consequences of harmful alcohol use – especially therapy of alcohol addiction and short counseling programs for early identified risky drinkers.