What Does the Bible Say About Alcoholism?

Is alcohol consistent with Christianity? What does the Bible say about alcoholism? We will try to answer those questions in this article. In any case, the Bible warns against health problems because of excessive alcohol use.

What Does the Bible Say About Alcoholism? 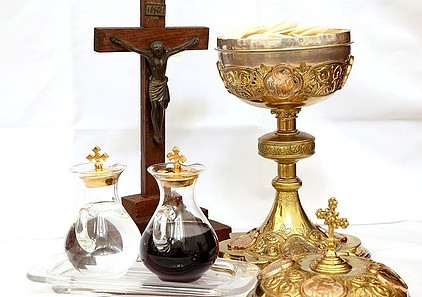 Ephesians 5:18 says, “Do not get drunk on wine, which leads to debauchery. Instead, be filled with the Spirit.” Even in Proverbs 23:20, 21, he warned, “Do not join those who drink too much wine or gorge themselves on meat, for drunkards and gluttons become poor, and drowsiness clothes them in rags.” Isaiah, 5:11 says, “Woe to those who rise early in the morning to run after their drinks, who stay up late at night till they are inflamed with wine.”

Then there is the devastating legacy of alcoholism – diseases such as cirrhosis of the liver, tragic disasters, financial collapse, domestic abuse, and harm to an unborn baby. Probably because of such dire consequences, “many religious communities are taught that drinking alcohol is not moral,” it writes in The World Book Encyclopedia. But isn’t it really moral to consume alcohol? Does the Bible prohibit drinking alcohol regardless of the type of drink and quantity?

The Bible also mentions the benefits of moderate alcohol consumption and the satisfaction that one experiences when drinking. For example, Psalm 104: 15 states that one of God’s gifts is “wine that pleases the heart of man.” Ecclesiastes 9: 7 describes what a person deserves after doing a good job: “Eat your bread with joy and drink your wine with a good heart.” Paul knew that wine was good for health, so he told Timothy to not “drink more water, but a little wine because of your stomach and common diseases.” (1 Timothy 5:23) According to the Bible, alcohol also has the property of helping to withstand distress. (Proverbs 31: 6, 7)

How was Jesus doing?

Christ left an “example to follow exactly in his footsteps,” says the Apostle Peter, adding, “He did not sin in anything.” (1 Peter 2:21, 22). So what does Jesus say about alcoholism? Well, with his first miracle, he turned water into wine. What kind of wine was that? The master of the feast praised the groom for the miraculously made drink. He said: “Everyone else has offered good wine first, only after people are already drunk, they have offered a worse. But you have saved the good wine so far. ”(John 2: 9, 10)

The wine was drinking at the Passover celebration, and Jesus used it when he solemnly introduced the Lord’s Supper. He handed a glass of wine to his disciples and said to them, “Drink from it, all of you.”

He knew that he was about to die, so he added, “From now on, I will surely no longer drink from the fruit of this vine until the day that I’ll drink it with you new wine in my Father’s kingdom.” (Matthew 26:27, 29) Yes, people knew that Jesus drank wine. (Luke 7:34)

How Should We Treat the Alcohol?

Although the Bible does not prohibit drinking alcohol, it does not mean that we should consume them. This is not what does the Bible says about alcohol. There are many reasons for sustainability. For example, a former alcoholic knows how dangerous it is to drink only one glass. A pregnant woman may be abstaining from alcohol to avoid harming her baby. The driver is aware of how badly alcohol affects judgment and response, so he avoids doing anything that would endanger himself or others.

A Christian does not want to be a stumbling block to anyone whose conscience condemns drinking. (Romans 14:21) He wisely refrains from consuming alcohol when he proclaims. It is worth noting that in ancient Israel for the priest when he was serving was said in the Law, “Do not drink wine and intoxicants.” (Genesis 10: 9) Even in countries where alcohol consumption is prohibited or restricted. A Christian obeys the law. (Romans 13: 1)

Although deciding whether to drink or how much to drink is your own, the Bible recommends moderation. It states: “If you eat or drink or do anything else, do all things to God for glory. ”(1 Corinthians 10:31)

Have You Ever Asked Yourself?

What guides true Christians in their food and drink choices? (1 Corinthians 10:31)