How to Get over the Fear of Commitment?

Marriage is the alliance between a man and a woman united by the same love.

Marriage is usually defined as the legitimate union of a man and a woman and, more recently, as “a legitimate union between two people who wish to create a family and live together”. Marriage is also understood as “the act by which the couple places themselves in a lasting legal situation in order to organize the common life and to prepare the creation of a family”. Marriage is thus an official and solemn act that establishes between two spouses a community socially recognized called “family” (or home, fire, household) whose purpose is to provide a stable living environment, common to parents and children for their education. This community often includes that of the family patrimony. In traditional societies, marriage is the political alliance of two families or two clans.

Marriage is both a current act that concerns the parties present and a future act that engages the existence and status of people in the future. It is both an individual act and a collective act that concerns the whole of society. It has a mixed scope, both contractual and institutional. This commitment can be a civil convention when it is enacted by a civil status officer by a delegation of the State or to take a sacred dimension when it is celebrated in a place and according to religious forms. 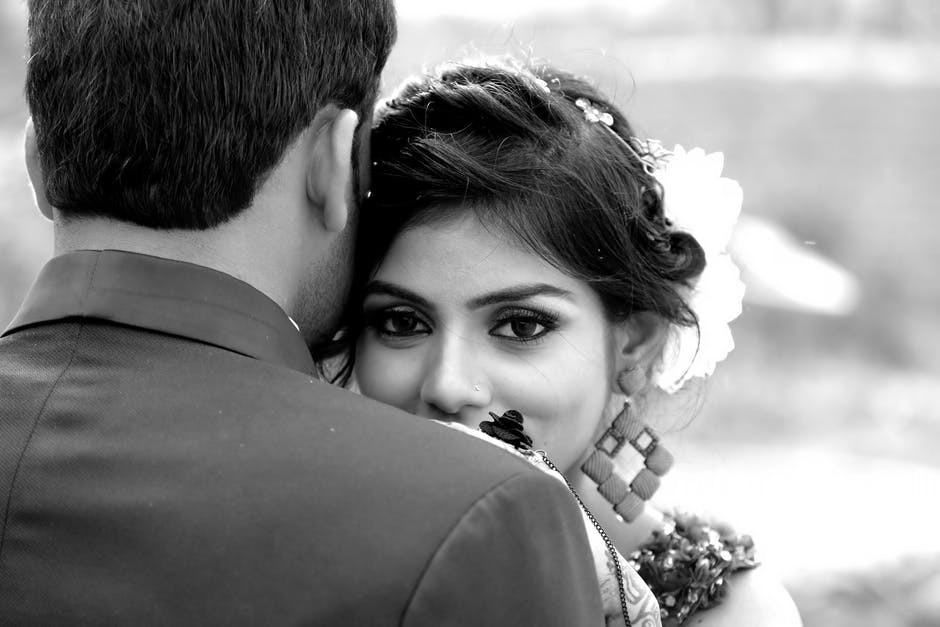 Nowadays, we see how many people are afraid of marriage. The phobia of marriage has grown in this century. And it is on this fact relating to marriage that we look into this article. This fear of marriage is what we call gamophobia. But is there a way how to get over the fear of commitment?

Marriage is a decisive commitment in our lives:

Everything changes from the moment the “yes, I want it” is pronounced. Yet some see these changes and responsibilities as too important.

We can find many reasons for this decline in marriages: the crisis, of course, the fact that a wedding is an expensive event, but also a reluctance that grows against the “commitment to life”.

I – What Is Gamophobia?

Gamophobia is defined as an uncontrollable and irrational fear of marriage. This fear can affect the couple. It has been observed that, traditionally, men were more subject to gamophobia, in particular, because greater social tolerance gave them hope for more links. However, this does not affect only men, and it seems that more and more women are afraid of being in the traditional posture that submits the married woman. This can generate fear of marriage, and women will boycott their partners in an unconscious way.

II – The Reasons for Gamophobia

The reasons for this fear:

– Some fears of the consequences of marriage increase anxiety, especially among young people. One of the most common is the fear of being unable to perform certain life experiences by getting into a “traditional” couple.

– Some do not want to unite with a person because, even in being faithful to him, they like to seduce, it allows them to feel alive.

– But it is often agreed that what underlies most this global fear of marriage is the fear of failure. A fear that can have its origins in childhood or in youth, for example, if the person has witnessed frequent arguments between parents. A fear that increases if the parental couple were in a situation of inequality, experienced by children as unworthy and unjust. The children are then afraid to repeat this pattern in their own couple.

III – How to Get over the Fear of Commitment?

The fundamental point here is to learn to communicate so as not to be overwhelmed.

– If you think you are suffering from this fear, do not hesitate to talk with married people, who have also been there. To reassure you, you can also schedule a few meetings with a psychologist.

Be attentive to your desires, to your aspirations.

Put in perspective your vision of life and that of your partner, and remember that we all have our strengths and weaknesses and that the perfect harmony in a couple does not exist.

– Think carefully about the process you want for your wedding, and make it clear with your spouse. The organization of the ceremony itself should not be a matter of contention.

– The three main causes of contention are infidelity, money, and children: talking about this with your partner before committing yourself is a good solution to prevent future discussions. It is important to communicate on sensitive points, those that are important to us.

– We must learn to analyze the sources of fear, to be able to cope with it, and if possible to remedy it. Be aware of the problem, its causes, and understand that trying to avoid it does not prevent the fear of settling down. In cases like this, communication within the couple needs to be sincere and straightforward, so that unenlightened emotions do not overwhelm him.

– Finally, it is important to build self-confidence. It must be known that fear is an emotion that appears in a situation of danger, of threat. In the context of marriage, we do not understand why fear can come from pleasant situations that should bring happiness. This then causes great dissatisfaction, even frustration, hence the need to confront it by recognizing its own abilities, but also its difficulties. Learning to trust builds confidence in making important decisions. It is possible to have the help of a psychologist to learn to develop self-esteem and self-confidence.

IV – Get Over the Fear of Commitment in Marriage!

Sometimes a marriage proposal does not generate as much enthusiasm as one would have liked. A mixed, hesitant, or even negative response may hide a fear of engagement or be locked up.

The point with the psychotherapist Sarah Serievic, to overcome the fears and (finally) to pass the ring to the finger.

“Every request is unique, you have to make the difference between one motivated by a deep intention to walk together and one that is driven more by the fear of losing the other,” recommends psychotherapist Sarah Serievic. The first can awaken the fear of engaging in the partner, the second is the fear to be locked up, losing his freedom conquered since the departure of the parental home. Other recalcitrants can be part of the category “happily divorced”, having already sworn their great gods that one would not take them again.

The fear of engagement is understandable but difficult to admit. According to some, the delights of waiting and the ever-changing question of knowing one’s likes or dislikes can be stimulating. The affective reassurance that marriage brings into play then discourages desire and gives rise to many obstacles. Others do not admit this fear, even if they pretend to want to quickly get married.

Most of the time, these resistances hide defective self-esteem. “It’s a fear of not being up to our expectations and our ideal, which we are talking about,” says Sarah Serievic. The marriage proposal puts the question: “Will I be tender enough, attentive, loving … in front of the constraint of daily life and duration?” To add water to the matrimonial mill, Sarah Sériévic, proposes another way: And if getting married sounded the opportunity to engage with oneself, offering the opportunity to reassure oneself on its value? Since the other chooses you as the only …

Everyone, therefore, has “good” reasons to answer the most romantic request by hesitation, mirth, grumbling, or sometimes even by flight. Fortunately, Love ignores all obstacles, and taking them into account makes it possible to overcome them better…

When the demand is motivated by the desire to attach the other, or the fear of losing it, it can lead to many resistances related to confinement. Exit the vision of the pretty white veil, the incredible piece mounted, the prince charming, and the sublime princess only persists the image of the rope around the neck. With the feeling of being hooked on it. This is often the case for fusion pairs. “Putting the weight of your happiness exclusively on the shoulders of the other can be oppressive,” warns the psychotherapist.

Some types of very possessive love are necessarily imprisoning. They can be identified by signs of excessive jealousy or emotional dependence. There, a simple evening without the other can generate a crisis. If so, the fears are perfectly justified. Rest together the question of your motivations, and first try to think about the concept of “free together”: more based on trust in each other and in oneself, more than possession, the relationship is also based on a desire for personal fulfillment for sharing. Only then can you commit to the right reasons.

Our era is complex and has revolutionized many love codes, including that of marriage. According to the French Association of Centers of Conjugal Counselors (AFCCC), the trivialization of divorce is indeed one of the striking phenomena of the last 25 years, striking all circles and all age groups. The figures have been multiplied by 4 in 40 years (30,000 in 1964, 130,000 today). There are currently 4 divorces for 10 marriages, enough to make more than one think.

Another notable fact: divorced people remarry very little. Only 20% of them lend themselves to the game of alliances again. Sufficiently telling figures, showing how that first hit by disenchantment is reluctant to marry in second weddings …

*** A Ritual Factor of Evolution

And if being afraid at the bottom could not be more normal? Because after all the choice of the dress and the caterer, to marry is undoubtedly equivalent to saying yes to the great adventure of the couple, and the challenge it raises. To love in the long term is undoubtedly the most immediate way to confront oneself to one’s limits. An exercise to which we are not always ready to bend. Unless you take it for what it really is, a great opportunity for evolution!