How Jesus Humbled Himself to Lift Us Up

In this article, I will introduce you to a story that tells you about how Jesus humbled himself to lift us. Please read the article and think about it.

Big cities are really a meeting place for everything, including shops of all kinds. Many small shops sell even worthless things, while some sell rare valuables and antiques. Resourceful buyers in such places can find the right treasure among the junk.

The Story About Cat and Her Plate 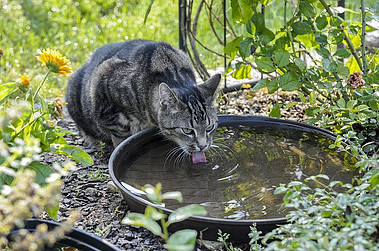 One day an antique lover walked into one of these stores. With pleasure, he inspected piece by piece the exhibited goods. In his ecstasy, he accidentally kicked a cat drinking milk from a plate on the floor. He briefly apologized to the merchant for hitting his cat and returning to the things on the shelf. But his eye caught on the plate from which the cat was drinking milk. The expert immediately recognized a valuable piece of pottery from ancient China, worth hundreds of thousands of dollars from the period of the Ming Dynasty. And now it was there, on the floor, and an ordinary cat was feeding on it! The visitor thought the merchant was clearly unaware of the value of that plate.

The man immediately began to consider getting a plate as cheaply as possible without the merchant finding out what he was actually selling. He turned to the shop owner and said, “You know, sir, you have such a beautiful cat. That’s why I’d like to buy this cat. ”

“I’m glad, but my cat is not for sale. Besides, it’s just an ordinary cat. I have dozens of them in the yard.”

“Oh, that’s very generous of you,” smiled the merchant. “Personally, I don’t think that cat is worth 400 dollars, but if you want that cat so badly, it’s sold!”

The Cat Needs the Plate Also

The man paid for the cat, then added, “And just one more thing. I will also need some containers from which to feed that cat. Let’s say I pay you another 10 dollars for that colorful plate from which she has been drinking milk so far? ”

“Ah, sir, such a thing I could never do,” said the merchant. “You see, it’s not an ordinary plate. He is a rarity from China, from the Ming period, for which it is impossible to determine the price. And one more thing – since I started feeding the animals from that plate, I have already sold 12 cats! ”

So, How Jesus Humbled Himself to Lift Us Up

The antique dealer apparently degraded a vessel of great value to raise the value of his cats. By doing so, we only open our minds to try to understand God’s actions. And he used something of great value to lift us, give us value and eternity. The Son of God became a helpless child and later a man to give us a value we had long since lost. He went even lower. The Bible testifies: “He, of a divine nature, did not jealously hold his equality with God, but deprived himself of it by taking the nature of a servant and becoming like men. When he became a man, he humbled himself by becoming obedient to death, even to death on the cross. ” The result is that we have become an invaluable treasure when we live in faith and hope. And about this, God says through the Scriptures: “If you will obey Me faithfully and keep My covenant, you will be my PRECIOUS PROPERTY beyond all nations.”

All People, Along With You, Are an Invaluable Treasure

There is another lesson from antique trade events. Customers who were not antique experts passed by a bowl of milk without knowing what kind of treasure they were passing by. From now on, think a little about how you treat your neighbors. You think you pass an ordinary person every day. But all these people, along with you, are an invaluable treasure because God has given people value. He loved us so much that He gave Himself to deliver and uplift us.