In his atypical work, Thus Spoke Zarathustra, a doctrine is advocated through the main character, Zarathustra. In his speech, from the prologue to the end of the book, the word “ Superhuman or even “ Superman ” is mentioned 49 times. And to better understand the meaning of this doctrine of Friedrich Nietzsche’s Superman through his work “Thus Spoke Zarathustra”, I gladly decided to select 20 passages where he refers to Superman in order to identify the meaning of this concept or doctrine.

It is noted that to give credence to the doctrine of Superman, Nietzsche dethrones God, and worse, he declares his death. [ In another post, we will try to understand the meaning of this expression of the death of God. ]

1. Zarathustra Is Unhappy With the Human Condition 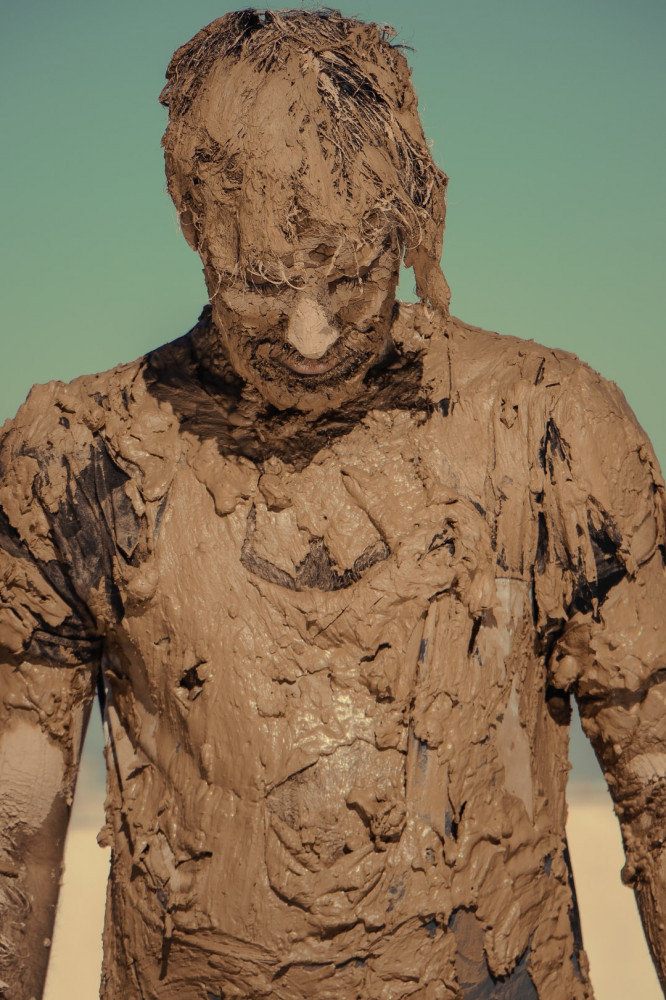 “ I teach you the Superman. Man is something that must be overcome. What did you do to overcome it? he addressed his audience.”

From the first lines of the prologue of Zarathustra, Nietzsche mentions this doctrine. For him, man must be overcome, so he questions the human condition. For Nietzsche therefore, the human must aspire to something better, great, rewarding.

From which we can read: “ All beings up to now have created something above them, and you want to be the ebb of this great flow and rather return to the beast than overcome man? ”

Nietzsche then shows his dissatisfaction with the human condition.

2. He Then Presents What He Expects of Man in These Terms:

Then he goes on to say: “ I beseech you, my brothers, to remain faithful to the earth and do not believe those who speak to you of supermundane hopes! They are poisoners, whether they know it or not. They are despisers of life, of the dying and poisoned themselves, of those whose earth is weary: so let them go! ”

Here, therefore without detours, he shows his opposition to the religions which advocate a life beyond to the detriment of the earthly one.

mediocrity. In this sense, religion is seen as a brake on human and personal development, and consequently on the manifestation of Superman.

3. It Calls on Humans to Make Their Existence on Earth a Priority.

While religions like Christianity ask believers to look to the sky, to attach themselves to celestial things, to seek a life in the beyond, Nietzsche advocates being interested in life on earth because according to him, the man has ended up renouncing himself, his existence, his happiness on earth, which makes him miserable. Thus, man must belong to himself and make his existence on earth a priority, the only condition for him to be fulfilled.

From where the proof when, the voice of Zarathustra affirms this: “ Formerly the blasphemy against God was the greatest blasphemy, but God is dead and with him are dead his blasphemers. What is more terrible now is to blaspheme the earth and to value the bowels of the impenetrable more than the meaning of the earth! ”

4. He Presents His Doctrine as a Means to Save Man From His Miserable Condition, According to His Nietzschean Vision.

“ Verily, man is an impure river. One must have become an ocean in order to be able, without getting dirty, to receive an impure river. Behold, I teach you the Superman: he is that ocean; in him, your great contempt may sink.”

For Nietzsche, therefore, the solution is that man regains more of his value, dignity, and the perfect meaning of his existence. This is the so-called doctrine of Superman or Superhuman.

5. He Paints a Picture of the Human Condition, Evoking the Nature of Man From a Nietzschean Perspective.

Always with the aim of making humans aware of the challenge of adopting the doctrine of superman, we note the following:

“ Zarathustra, however, looked at the people and wondered. Then he says:

Man is a rope stretched between the beast and the Superman, – a rope over the abyss. ”

This implies that the goal of man is not to always remain human because he borders on the beast and he must rather tend towards the Superhuman. By saying that man is a bridge, a passage, a decline, and not a goal: Nietzsche underlines the fact that man is an incomplete being, a being who needs to build himself, without an external entity, but with himself. Later, he will say that Superman is a creator. This implies that it is only in his condition of ” Superman ” that man can fulfill himself, reinvent himself, complete himself in order to tend towards what is best for him as a condition. human. Further on, we will see him signify this crucial point, which is at the heart of his doctrine.

6. For Zarathustra, Superman Is a Visionary Doctrine That Points to a Better Future for Man.

From where he declares himself: “ Behold, I am a visionary of lightning, a heavy drop which falls from the cloud: but this lightning is called the Superman. »

7. For Nietzsche, Man Must Turn To Himself, He Must Become Master of Himself.

Thus, he calls on man to rely on himself and not on God. According to him, the hope of man will come from the human himself. From now on, it is the man who must himself who must take charge of himself, decide on his life, on his future. This is the meaning of Superman.

8. For Friedrich Nietzsche’s Superman, Then, the Way of Superman Is What Will Give Meaning to Human Existence.

“ I want to teach men the meaning of their existence: who is the Superman, the lightning from the dark cloud man.”

For him, therefore, as long as the human will be the man who is attached to a God whom he moreover treats as being “a conjecture” or even to the State which is also another torment for existence human: he will never be happy and will have a better future. Further on, we will see this Nietzschean conception.

9. Zarathustra Not Only Spoke of the Overman but Also Pointed the Way to It.

“… I will show them the rainbow and

all the rungs that lead to the Superman,” said Zarathustra.

We notice in the rest of the book that the rungs that lead to the Superhuman pass through his inner being, his relationship with life, God, and himself.

10. For Zarathustra, Man Is Now Called Upon to Surpass, to Become More Human Than He Was, Let’s Say Superhuman Now.

Because, for a long time, he was prevented from living according to his understanding and surpassing himself.

This is why he complains: “ He is no longer able to do what he would prefer: – to create above himself. This is his favorite desire, this is all his ardor. ”

But now, with Superman, humans position themselves as creators of their happiness, their hope, and their freedom.

11. An Important Step That Leads to Friedrich Nietzsche’s Superman: Stop Being Despising of the Body.

This is why he remains strict in these terms: “ I do not walk in your way, despisers of the body! You are not for me bridges to Superman! ”

Which leaves it necessary to contemplate, consider, and the body. We understand why for Friedrich Nietzsche, man is instinct and body. It is right that in the doctrine of Superman the body, the material, the matter finds a place of choice. In other words, we note that the Superhuman is ”earthly”.

12. Emancipation From the State, an Important Step Towards Achieving Superman.

Therefore, he declares: “ Where the state ends – look at it, my brothers! Can’t you see the rainbow and Superman’s bridge? ”

He presents the State as a brake on self-realization, especially on the manifestation of Superman. In this perspective, we understand why Nietzsche was a supporter of Anarchism.

13. Freedom From Religion, Is a Very Important Step That Leads to

“ All the gods are dead: now we want the superman to live! “Let this be a day, to the great noon, our last will !” – Thus spoke Zarathustra.

Here, according to the Nietzschean perspective, God or religions are obstacles for self-realization and the manifestation of Superman. So let’s say, God, perceived as a conjecture, and religion as hell and an illusion must deny, deny, reject for the Superhuman to live.

14. Friedrich Nietzsche’s Superman Replaces God in the Life of the Man Himself So That the Human Can Assert Himself.

From which Zarathustra said: “ Once we said God when we looked on the distant seas; but now I have taught you to say: Superman.”

This means that from the Nietzschean perspective, we have reached a point in history where believing in God is only an act of weakness, where religious values do not must no longer organize our lives, and where man has become God, the one who is strong enough to create his own values and lead himself.

15. The Doctrine of Friedrich Nietzsche’s Superman Makes Man His Own God and Denies Any Being Superior to Man.

We tend to define religion as a relationship that binds us to God, to a divinity. But here, Friedrich Nietzsche points to a religion that binds humans to themselves, making humans their own Gods. And he finds that the hope we seek is attainable by Superman. Hence he says: “ Verily, we are always drawn to the higher regions – that is, to the land of the clouds: there we place our multicolored balloons and call them Gods and Supermen.”

16. Nietzsche Makes This Doctrine the Heart of His Thinking…

Hence he says: “ It is to a man that my will clings, I bind myself to a man with chains since I am drawn towards the Superhuman; because that is where my other will wants to go.”

17. Nietzsche Already Saw His Doctrine Being Propagated and Sensed That It Was Going to Gain Adversaries.

He knew his doctrine was ambiguous and would be branded “demonic” or either blasphemy.

This is why Zarathustra anticipated in these terms: “ You other superior men whom my gaze has encountered! this is my doubt about you and my secret: I guess you would call my Superman a – demon! ”

18. Friedrich Nietzsche’s Superman, an Effective and Necessary Doctrine for Humans.

We can read: “ It was also there that I picked up on my way the word “Superman” and this doctrine: man is something that must be overcome – man is a bridge and not a goal. : claiming to be blessed with his noon and his evening, a way to new dawns…”

He presents his doctrine as a path leading man to a new light that opposes the illusion of religion.

19. Friedrich Nietzsche’s Superman, for a Better Future for the Human Condition

“ Well! Let’s go! Superior men! Now only the mountain of the human future will give birth. God is dead: now we want – the Superman to live.”

20. Nietzsche Denies the Human and Turns to the Superhuman.

For Nietzsche, the human is the one who is attached to the idea of God, to religion, and to the State. Which obscures his path to becoming better, and therefore, makes him miserable. So he prefers Superman: the one who believes in himself and not in God – who does not put his trust in the state – who does not rely on God but on himself.

We thus understand when he says this: “ The Superman is dear to my heart, it is he who is for me the only thing – and not the man…”