Zarathustra of Nietzsche, the Imaginary Savior

The idea of Zarathustra of Nietzsche goes back to Nietzsche in the first years of his stay in Basel. We find clues in the notes dating from 1871 and 1872. But, for the fundamental conception of the work, Nietzsche himself indicates the time of a holiday in the Engadine in August 1881, where he came, during a walk through the forest, on the edge of Lake Silvaplana, like “the first flash of Zarathustra’s thought,” the idea of the eternal return. […].

The whole of the book presents a progression from speech to speech which seems instead to indicate that these speeches represent each time a stage in the doctrine of Zarathustra, which would mark the translation by the past simple, Thus spake Zarathustra.

Zarathustra is the Avestan name of Zoroaster, prophet, and founder of Zoroastrianism, the ancient Persian religion. In German, it keeps this old form. Nietzsche chose it because he was the first to teach the moral doctrine of the two principles of good and evil. 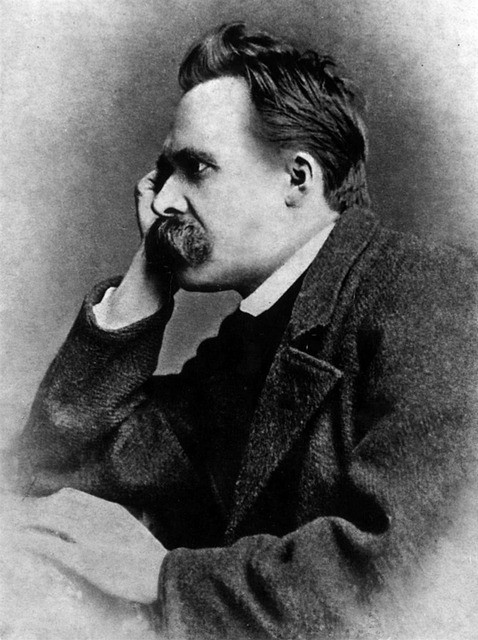 Religious reformer from Persia, Also known as Zarathushtra or Zoroaster. He is a great thinker of the ancient world. He would have been born in a region corresponding to present-day Iran or Afghanistan in the 7th century BC. He is the creator of Zoroastrianism, a monotheistic religion. Little is known about this character considered a prophet and the origin of many myths. Zarathustra fought in particular against the worship of multiple gods and for a purer faith centered around the struggle between good and evil. According to Zarathustra, there is a part of good and a part of evil in every man, and it is up to each to choose the side of good. According to legend, he was murdered at the age of 77 while he was in deep meditation.

Europe discovered Zarathustra’s ideas at the end of the 17th century. The sages of the Enlightenment, in particular, took a close interest in Zoroastrianism, which they considered to be a form of enlightened deism, unlike Catholicism, which was considered far too dogmatic. The name of Zarathustra became famous thanks to the book of the German philosopher Friedrich Nietzsche, entitled “Thus Spoke Zarathustra,” where he speaks of this character in a parodic way.

The Book “ Thus Spoken Zarathustra” by Nietzsche: A ‘’ 5th Gospel ‘’

Nietzsche himself presented this book as a “5th Gospel“, he wants to make it the equivalent of the poems of Goethe, Dante Alighieri, and the texts of Luther. Thus Spoke Zarathustra is thus both a long poem and a work of reflection on a new promise for the future of man. But it is also a parody. Zarathustra, retiring for ten years in the mountains and one day feeling the need to share his wisdom, recalls the stay of Christ in the desert, and certain passages of the fourth book are reminiscent of the Last Supper. Religious or esoteric symbols are also very numerous. Finally, one cannot help thinking of Francis of Assisi, a model of friendship between men and animals.

For André Gide, who remained hermetic to this book, noted in his Journal, June 22, 1930: “For the seventh or eighth time (at least), Also tried Sprach Zarathustra. IMPOSSIBLE. The tone of this book is unbearable to me. And all my admiration for Nietzsche fails to make me endure it. Finally, it seems to me, in his work, somewhat supererogatory; would only gain importance if the other books did not exist. I constantly feel him jealous of Christ, anxious to give the world a book that can be read as one reads the Gospel. If this book has become more famous than all the others by Nietzsche, it is because, at the bottom, it is a novel. But precisely for that, he addresses the lowest class of his readers: those who still need a myth. And what I especially love about Nietzsche is his hatred of fiction. »

Zarathustra of Nietzsche, the Imaginary Savior

First, it is noted that Nietzsche presents this character as a messiah, a savior, someone who comes to bring new light to humanity by trying to extinguish other religions, especially Christianity.

In truth, through Zarathustra, Nietzsche shows the contempt he has for Christ. Let’s read this in the first part of the book:

He knew only the tears and the sadness of the Hebrew, as well as the hatred of the good and the just, – this

Hebrew Jesus: and behold, the desire for death suddenly seized him.

Why did he not stay in the desert, far from the good and the just! Perhaps he would have learned to live and love the

Believe me, my brothers! He died too soon; he himself would have retracted his doctrine if he had lived to my

Time and again, we see the imaginary messiah, Zarathustra uttering doctrines whose point of departure is to make a man a god: a superman, a man who no longer needs God, therefore who must deny all religions that advocate a God, especially a creator. We can read, for example in the prologue:

*** And so Zarathustra began to speak to the people:

Nietzsche’s fight is indeed against Christ and Christianity. He exposes the hatred he has for them. This can be felt in the declarations of Nietzsche’s imaginary savior. Zarathustra presented himself as a messiah, he taught a new religion in a veiled way, a religion in which man frees himself from so-called revealed religions, in this case, Christianity, also from the State, to create his own religion totally opposed to Christianity in all its dimensions.

We can therefore hear Zarathustra discuss the purpose and mission of these teachings in these terms, in the 2nd part of the book:

*** “Will” frees: this is the true doctrine of will and freedom – this is how Zarathustra teaches you.***