Heavy metals have been used extensively in industry and agriculture. They are always present in our environment and represent a long-term danger by accumulating in bones and organs over time. So it’s more than reasonable to know how to avoid the risk of exposure of children to heavy metals because they are the most vulnerable. So, let’s study heavy metals’ health effects on children.

Heavy metals, what is it? They are metallic chemical elements such as lead, mercury, cadmium, arsenic, nickel, aluminum, copper, zinc, bromine, or manganese. Some of them, such as copper and zinc, are necessary for the functioning of our body, provided they are absorbed in small amounts. The problem lies in the absorbed dose: in excess, these metals can represent a risk to our health.

Today, it is no longer a question of escaping, but of learning to protect oneself effectively, cleaning, draining, evacuating, then repairing and strengthening all layers of one’s being, starting with the physical to eventually arrive at a new consciousness, unless the very first measure is first to be informed, in order to engage and react consciously … In both cases, detoxification should ideally be performed, even in case of minor intoxication. Intoxication is a slow process of accumulation that varies between 10 and 50 years.

*** How to Limit the Risks of Heavy Metals’ Health Effects on Children? 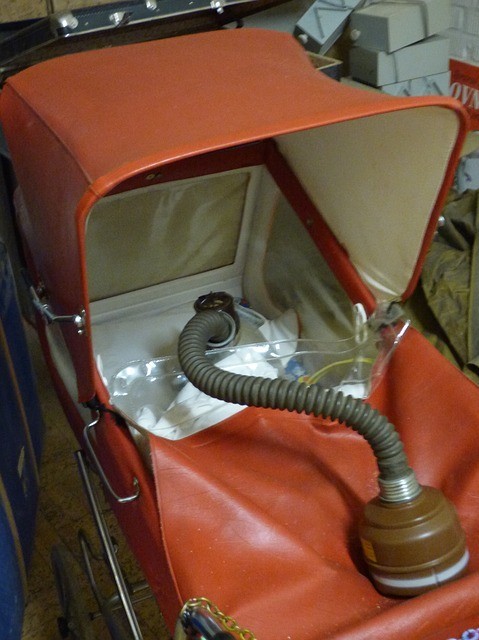 Some precautions can limit the sources of contamination to heavy metals:

• Consume organic fruits and vegetables that do not use sewage sludge

• Treat your caries before they require a dental amalgam. If it’s too late, ask your dentist for a mercury-free resin amalgam

• Consume foods that promote natural chelation, such as chlorella microalgae.

Although we know how to avoid the risk of exposure of children to heavy metals, we do not lose sight of the fact that children are the most vulnerable to this heavy metal poisoning. We make the point in this article.

I – Heavy Metals’ Health Effects on Children Given Their Vulnerability

The child is overloaded with unwanted elements that affect his health, behavior, and learning.

Young children are particularly vulnerable to the toxic effects of lead, which can have serious and permanent consequences on their health, particularly by affecting the development of the brain and the nervous system.

Lead passes through the placental barrier and is excreted in breast milk. Studies indicate that the nervous system is particularly sensitive to the harmful effects of lead in the first three years of life.

Signs of lead contamination in children include constipation, vague abdominal pain, school delay, attention and sleep disorders, pallor associated with anemia, hyperactivity or agitation, excessive anger, crying for no apparent reason, language problems, learning difficulties intellectual retardation. The more a child is exposed to lead in the first years of his life, the more likely he is to suffer attention problems, aggressive behavior, and delinquency.

Lead particles suspended in the atmosphere lead to increased levels of lead in the blood of European children living in urban areas. The World Health Organization estimates that 15 to 18 million children in industrialized countries may suffer permanent brain damage from this poisoning.

These particles are transported by rain, wind, and snow and are introduced into the water, soil, and food chain.

Mercury, cadmium, and silver poisoning also affect health in general and that of the brain. The child is more exposed than the adult to this type of intoxication because the blood-brain barrier that filters the arrival of heavy metals to the brain has not yet reached its maturity.

In children, the mercury load since birth is increasingly important for a number of reasons. Mercury is ubiquitous in nature and then the load provided by vaccines far exceeds the recommended doses.

The dental amalgams of the pregnant woman give off mercury vapor which is inhaled and enters the body mainly by the pulmonary route in the alveoli and the olfactory way. Elemental mercury passes into the blood (80%) then crosses the placenta and intoxicates the fetus. It accumulates in the placenta throughout the pregnancy.

The mother’s body uses the fetus as “trash” to get rid of its own heavy metals. Large amounts of mercury pass from the body of the mother to the fetus.

After birth, mercury, a powerful neurotoxin, leaves the newborn’s liver and is redistributed in the infant’s body, accumulating in different compartments of the developing brain, particularly in the hippocampus – the seat of learning. and memory -, the cerebral cortex, the cerebellum – responsible for coordinating movements – and the retina. Thus the cortical part of the brain of a young child, consisting of gray matter, contains all the more mercury as his mother has more amalgam. 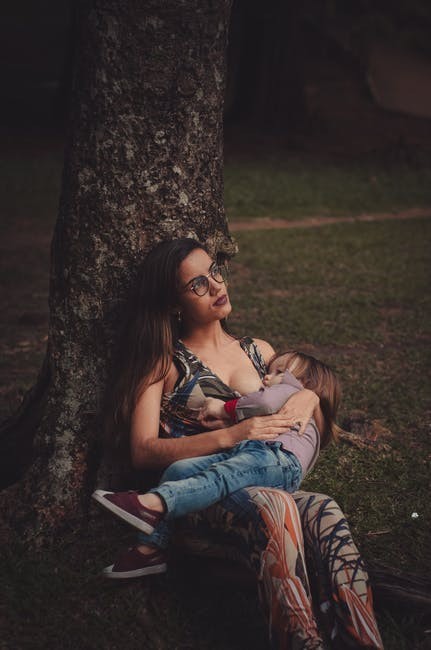 There is also a lot of mercury in breast milk. The concentration of mercury in milk is closely correlated with the number of maternal amalgams.

This poisoning of the young child results in decreased growth, a smaller brain, a weakened immune system, and reduced body weight.

4 – Make up for Children

Toxic chemicals in face paints can cause skin sensitization and contact dermatitis.

After analyzing 10 makeup kits (disguises) the UFC-Que Choisir revealed the presence of many compounds with harmful effects in some makeup and disguise products for children. A chemical composition that poses real security problems because of the high skin sensitivity of children.

The results of its tests were published in March 2014. Of the 18 products studied, 9 contain endocrine disruptors and 5 allergenic fragrances. To reach these conclusions, 10 Carnival makeup kits and 8 makeup kits for little girls were analyzed.

Endocrine disruptors. These are parabens used as preservatives, they remain dangerous, even at low doses, for hormonal regulation. Parabens are also present in food and medicine.

Allergenic perfumes. Some laboratories use perfumes in their products to appeal to customers and bring a touch warmer. However, these industrial perfumes are for the most part very allergenic. “Hello, Kitty” lip gloss has an allergenic concentration 140 times above the limit. This product further comprises propylparaben.

Pigments loaded with heavy metals. Three heavy metals (lead, nickel, and cobalt) found in 5 pallets of makeup. Dangerous components because they attack the nervous system directly and can cause large skin allergies.

The UFC-Que Choisir has decided to make parents aware of the dangerousness of industrial products on the skin of a child. Faced with this finding, UFC-Que Choisir has asked the European authorities to put in place a specific regulation that is more protective of young consumers and offers parents a guide to choosing the safest products.

Many school supplies contain toxic products that can be dangerous for the health of schoolchildren and the danger is twofold since there are risks by ingestion, but also by inhalation because some of these substances can be found in the body. ‘air. Breathed or swallowed, they can cause respiratory problems (asthma, allergies) or irritation. Some may even have carcinogenic effects or be toxic to reproduction.

6 – Finding Yourself to Buy Well

To buy and be sure of product performance, official labels exist on many school supplies.

In France, there are two reference labels: the European eco-label and the NF Environnement mark. They guarantee the reduction of their environmental impact throughout their life cycle (from manufacture to disposal), they also limit the use of toxic products for the environment and health.

To find out more, consult the guide of the French Environment and Energy Management Agency: ADEME’s guide to purchasing ADEME’s “Healthy Binder” supplies.

There is a great deal of complexity in the process of transmitting heavy metals from soils to plants and animals. A process that depends on the metal (low transmission for lead, stronger transmission for cadmium), the chemical form of the metal, which determines its solubility and ability to be assimilated by a living organism, soil (especially acidity which increases the transmission), of the animal species (the fish concentrate the mercury, the crustaceans concentrate the cadmium), of the vegetable species (some plants are accumulators, others are not).

In agriculture, the main sources of cadmium are phosphate fertilizers and sewage sludge.

Due to its Physico-chemical properties, cadmium is one of the most soluble heavy metals in the soil. As the cadmium concentration increases in the soil, the plants absorb it greedily, and it is found in the food chain.

In addition to the direct absorption, the plants are also enriched with heavy metals by the dust that is deposited on the leaves. Smoke and fly ash from incinerators are rich in mercury or cadmium.

Plant foods for humans are usually washed; cattle feeding does not benefit from this treatment.

There is no power supply without heavy metals. Any search for the “pure product” is illusory.

A study was conducted in France by experts of the Food Safety Agency (ANSES). Its results were published in June 2011.

For four years, they examined traces of chemicals in nearly 20,000 foods, looking for 445 different substances. The objective was to take a photograph of the risk of contamination in the diet of the French. Those who are most likely to be affected by toxic products are those who do not vary their diet enough.

The specialists evaluated the products “as consumed”, ie by cooking the meat, by peeling the oranges, or taking in the same sample of the takeaway pizza but also the frozen pizza or the pizza made House. Regional specificities – eight regions tested – were also taken into account.

Based on the results, 85% of the substances detected in foods do not exceed the threshold of toxicological reference values. Reassuring results, but revealing the dangers of those who do not vary their diet enough.

In the remaining 15%, where the levels exceed the baseline, there are eleven chemicals such as heavy metals – lead, cadmium, aluminum – or mycotoxins. Foods such as bread, cereals, potatoes, and pasta contain them.

Teenagers in danger. Those most likely to be affected by toxic products are teenagers who consume a series of cereal-based foods. Those who eat pasta and at the same time a lot of potatoes and french fries will end up in a situation where there is a risk of exceeding the thresholds.

Our body is comparable to a large chemical laboratory. Every second, there are thousands of chemical processes in our organs and cells. Essential metals or minerals play a key role in these biochemical processes – the electrolyte and the enzymatic process.

They make about 4% of our weight and play an important role in metabolism. Some are essential to humans and animals. This is the case of iron, calcium, sodium, potassium, copper, and fluorine. Even arsenic in its organic form is involved in a large number of chemical reactions, especially for bone maintenance.