Eucharistic Miracles of the Catholic Church as a Scam

Eucharistic Miracles of the Catholic Church have appeared since time immemorial. In 1264 a remarkable miracle occurred in Bolsena (Italy). The Bohemian monk, Peter of Prague, prepared, as usual, hosts for the Lord’s Supper. He was one of those who, up until then, had doubts about “transubstantiation,” which had only been introduced as a dogma in the church in 1215. This dogma of transubstantiation states that the consecrated host offered at the Lord’s Supper is the actual body of Jesus Christ (and not just a symbol of it, as before). 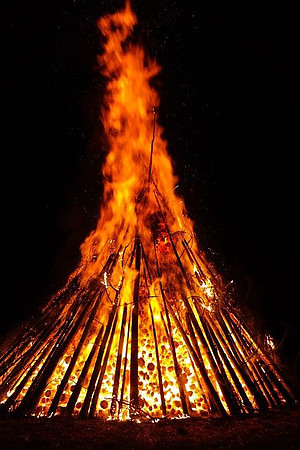 This doubting monk now discovered blood-red stains on the holy hosts. The interpretation at that time was clear: the holy hosts began to bleed to show him, the doubting monk – and everyone else – that all doubts were wrong. When the hosts are consecrated for the Lord’s Supper, they are no longer ordinary wafers but undoubtedly the very body of Jesus Christ.

Coincidentally, Pope Urban IV was staying at his summer residence just a few kilometers away at the same time. He heard about this “blood miracle.” He was so impressed that he decided that from now on, the Festum Corporis Christi should be held on the Thursday after Trinity Sunday, which we know today as the holiday of Corpus Christi in the predominantly Catholic regions.

From today’s point of view, we know that the pathogen forms a characteristic, bright red dye on carbohydrate-containing media. Serratia marcescens is a gram-negative rod-shaped bacterium belonging to the Enterobacteriaceae family. From modern, scientific considerations, it is now retrospectively assumed that many historical descriptions of the blood-red coloration on bread, polenta, and incredibly dedicated holy hosts can be attributed to this pathogen.

Unfortunately, many people were murdered in the Middle Ages due to misinterpretations of holy host apparitions. These were mainly Jewish pawnbrokers, with whom holy hosts were deposited as collateral at the time. If these were triggered later and blood-red discoloration appeared, the interpretation was clear from the point of view of the time: the Jewish pawnbroker had stabbed the body of Jesus Christ with a spear so that it began to bleed. As a result, the pawnbroker (and often many other Jews from his area) was burned at stake. This happened, for example, in Sternberg (Mecklenburg) in 1492, and the Holy Blood Chapel was built there a little later.

In the Middle Ages, a veritable “host boom” developed. Significant pilgrimages developed to places such as Sternberg or Wilsnack (Brandenburg), where “bleeding hosts” were found in the rubble of the massive altar after church fire. From then on, strange, miraculous healings that were associated with the worship of the bleeding hosts appeared there – the lame could walk again, or those believed dead were healed. The church earned a lot from it through a lively sale of indulgences.

It was not until 1517, through Martin Luther, that this “devil’s horror” ended – at least where the Reformation prevailed. Scientific enlightenment then began in 1819: near Padua in Italy, blood-red discolorations appeared again on the polenta. In this case, however, a “divine admonition” could very quickly be ruled out through scientific and analytical procedures. The pathogen Serratia marcescens was isolated, its transferability through the hands demonstrated, and, among other things, the alcohol solubility of the red dye prodigiosin was shown.

The original name of the pathogen Bacterium prodigiosin and the name of the dye prodigiosin, which it produces, go back to the connection with these apparent blood miracles in Bolsena: Latin prodigium, “miracle sign.” According to this, the first retrospective, scientific observations on “bleeding host apparitions” in the Middle Ages were already made.