An ethnologist who spent many years researching Dogon religious beliefs says that they knew about the rings of Saturn and the moons of Jupiter. Still, the most shocking thing was that they knew that Sirius is actually a binary star system and that the small star is extremely heavy.

Only modern telescopes have revealed what they already knew. How? This is where the mystery begins. Regardless of the explanation, Dogon mythology also has a very real and chilling consequence.

Marcel Griaule was a pretty good student, especially in mathematics. He had recently volunteered in the French Air Force and aspired to enter the Lycée Louis le Grande, one of France’s most elite high schools. But fate took him in a completely different direction after he attended a conference in 1920 where Marcel Mauss, ethnologist, sociologist and historian of religion, and linguist Marcel Cohen spoke.

Under the impression of the lectures, Griaule devotes himself entirely to ethnology. Between 1928 and 1933, he participated in two ethnographic expeditions, and in that period (1930), he came into contact with a mysterious African tribe: the Dogons. The Dogon are a tribe living in Mali’s desert country near the border with Burkina Faso. Apparently, they moved there, fleeing the pressures of the African medieval empires, around the year 1000, during the fierce fighting on the banks of the Niger River.

Complex Cosmogony – Much More Detailed Than It Should Be 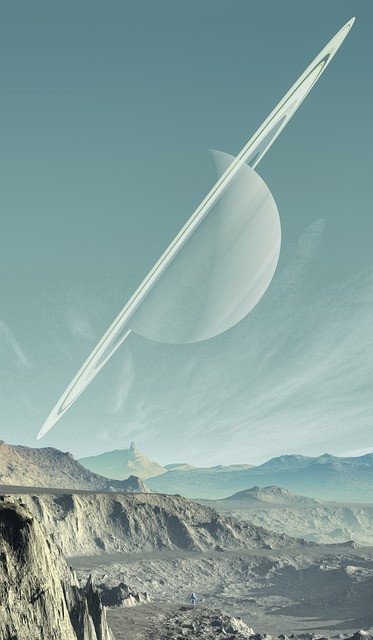 Griaule first came into contact with the mysterious tribe while in Mali with Germaine Dieterlen, another student of Mauss who was deeply interested in studying ancient myths. From that moment, the mystery of Nommo, the Dogon deity, is born, which reveals that the cosmogony of this African tribe is much more detailed than it should be.

At first glance, the Dogon story about the origin of the world may be complex, but it is not unusual because the same can be said for the myths of other peoples. But some claim that Dogon, apparently, a pretty simple picture of the world, in reality, hides profound knowledge about the universe and celestial bodies.

At the center of their cosmogony is Amma, the god who created everything from clay, more precisely from clay pots and pieces of clay that he scattered through the universe.

As with other oral myths, there are significant differences from place to place, but apart from Annu, a key role in Dogon mythology is played by the white fox, a corrupted creature created by rape, and the Nommo, a divine pair of twins.

Each pair of twins had both male and female characteristics. The first couple, Yorugho, who was born prematurely, was imperfect; from him, all humans were created. The other, a perfect pair of twins, were the Nummo, gill-breathing water spirits. Many devotees of the theory of lizard people who came from outer space to Earth see proof of their conspiracy theories in this tradition. Although it is quite a stretch to connect lizards and amphibians, they also point out another critical detail.

According to Dogon mythology, the Nummo brought knowledge to humans. This half-human-half-fish were both male and female at the same time, and since they were perfect, they ascended to the sky immediately after birth and settled on the planet orbiting the star Sirius.

Giving a significant mythological role to the brightest star in the sky is not unusual, but what was shocking were the details they knew.

Did Dogon Know About the Hidden Star Orbiting Sirius?

Griaule claimed that the Dogon were actually aware of the fact that Sirius is a binary system, i.e., that the system consists of two stars, Sirius A and Sirius B; Dogons were aware of the fact that Sirius B revolves around Sirius A in an elliptical orbit and over a period corresponding to 50 years. Thus, Griaule claimed, their thousand-year-old tradition spoke of two stars, which they called Sigi Tolo and Po Tolo. The American astronomer Alvan Clark discovered the existence of Sirius B only in 1862 with the then-most modern telescope.

For the Dogon, Sirius B, or Po Tolo, was the homeland of Nummo, but the mystery of their cosmogony does not end here. The Dogon imagined the planet Saturn surrounded by a halo, thus showing that Dogon knew about its rings. They knew that Jupiter also has about “four companions,” which corresponds to its four main moons.

The Dogon Talked About Saturn’s Rings and Jupiter’s Moons

As if that was not enough, they depicted the Earth as a sphere and knew that this sphere revolves around its axis and, together with the other spheres (planets), also around the Sun; last but not least, it is surprising that the Dogon, or at any rate the village elders, described our galaxy as an immense spiral shape.

All this information is practically inaccessible without proper astronomical equipment, which the Dogons never had. Griuale collected all these claims during the years he spent with the Dogon tribe. Those who dispute theses about the ancient knowledge of the Dogon see the biggest problem in this – they say that he explained his view of the cosmos through conversation and thus “contaminated his study, i.e., that the elders told him what he wanted to hear and much more importantly, he incorporated his knowledge into the Dogon image of the universe so that no ethnologist after him could completely separate the original Dogon cosmogony from what Griuale himself inserted into that story.

Small but Heavier Than Its Lead

However, supporters of the theory that the Dogon had access to ancient knowledge state another essential detail that Griuale could not have instilled in the Dogon.

They described Po Tolo, the star homeland of their divine Nummo, as a little heavier than their lead. The name Po also refers to a grain characterized by being unexpectedly heavy, considering its small size. Sirius B is a white dwarf and, as such, has a very high density, which was first speculated in astronomical circles when Griaule was already with the Dogons and was published much later.

They Also Cite Them as Evidence of Ancient Extraterrestrials

For many, this is the crowning proof that the Dogon know what they should not know and that their knowledge is not just the result of ancient heritage acquired by observing the sky and stars with the naked eye. And others go one step further. In the Nommo, a divine pair of twins who came down to Earth and gave people knowledge, they see an obvious link with other myths that “prove” how lizard-like beings from space gave people civilization.

The same type of creature is present in the history of Mesopotamia, which was written during the 3rd century BC by the priest Berosos; his name was Oannes, his body was like a fish, he lived only in water and had feet like human feet.

But in addition to spectacular masks and ritual dances, Dogon mythology and the belief in double-sex twins who descended from the sky certainly have one dreadful consequence. According to the Dogon indigenous religion, everyone is born with male and female sexual elements, just like their Nommo. The foreskin is considered a female element in boys, and the clitoris is considered a male element in girls. For children to become adults and assume their true sexual identity, boys are circumcised, and girls are mutilated.