Carlo Acutis (1991-2006) died of leukemia at the age of 15 and donated his suffering to the Pope and the Church. He was gifted in computer work, but at the same time, he was an extraordinarily loving and pious young man – he was at Mass every day, prayed the rosary regularly, was at confession every week. In the process of being beatified, the Church recognized his virtues. He can be an example and intercessor for growing youth around the world. The Church has honored Carlo Acutis as Blessed. A book “Carlo Acutis: the first millennial saint” has also been written about him.

The Reputation of Carlo Acutis Is Spreading Around the World 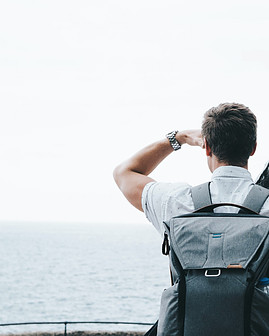 The reputation of this Italian teenager is spontaneously spreading around the world at a staggering rate. Hundreds of reports of interrogations at his request come from all over the world. In fact, this is not surprising, as many young people have met this modern missionary and talented computer scientist online.

We heard and read a lot about this young man in 2020. At that time, he was declared blessed and thus given to all Christians as an example and intercessor. I won’t write much about him; I would just expand my thinking a bit on this blessed one.

When I discovered him, I was first struck by the fact that he was so young when he passed away. Carlo fell ill and died at the age of sixteen. And in the year 2020, the Church has officially acknowledged that he has matured for heaven in those years.

“Geniusz informatyki w niebie=Computer Genius in Heaven” is the title of his original biography. A title that certainly attracts a young man, but I was more attracted to his life than that. When he was old enough, he took Jesus as his life companion. He gave him a special place in his life. Holy Mass found a place on his plan, but he endeavored not only to be there but to intertwine it with life and life with it. The study and contemplation of Eucharistic miracles stem from this attitude. When you let God into your life, however, He transforms Himself so that they become more and more connected in a completely unobtrusive way. Living with God is something completely natural, Carl’s life teaches us. So it was also perfectly natural for him to use his gifts and skills to spread what filled his life.

An appealing title to a book about his life is definitely needed. After all, we often hear how it was not the best that sometimes saints were painted mainly or only in pious postures with kind faces and so often portrayed as somehow superhuman. By doing so, however, we who fall under daily, often banal temptations have given us the impression that sainthood transcends us and we are not called to it. However, I wish that Carl would not stop at his normalcy (computers, jeans, etc.) but forget about his sincere and genuine devotion to the Eucharist and the Virgin Mary and his sincere commitment to the Church. But I allow the youth to realize with him that living with God is not a burden but true freedom and happiness. Let us not be afraid to surrender our lives to God.

Carlo Acutis: The First Millennial Saint is a book that I recommend to those who understand English.
Click Here