Behaviors of an Unfaithful Man

No one can deny the fact that we live in a world where infidelity is in full swing in almost every area of life. Yes, unfaithful people, there are some. But, do you know what the behaviors of an unfaithful man are? We will focus primarily on infidelity in a relationship or marriage.

In matters of religion or morality, the term infidelity (in the case of a relationship) is included in the notion of adultery.

Adultery (male name) is “the fact that a spouse violates his oath of fidelity, sharing, and having sex with someone other than his spouse to whom he has affirmed that oath.” Commonly, we also speak of infidelity.

Adultery thus presupposes not only an extramarital relationship but also that the society and context in which it takes place requires the sexual exclusivity of the spouses. 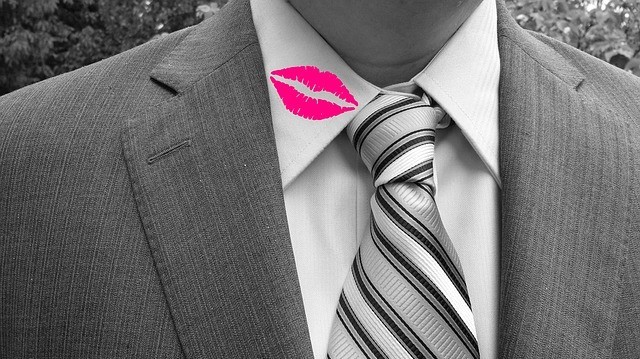 – The man with whom a person who is not his spouse has sex is called a lover.

– The woman with whom a person, who is not his spouse has sex is called mistress or lover.

The concept of infidelity has remained unchanged for years. Some distinguish infidelity and disloyalty when for others, infidelity does not exist. And what do you think?

First of all, let’s explore some forms of infidelity.

An unfaithful person may not have had sex with someone other than his / her spouse. Couples set different limits: a kiss or a message sent to their ex can also become an act of deception. But how to navigate?

*** Some Forms of Behaviors of an Unfaithful Man

“Someone may think that flirting does not mean anything dramatic, while for others, it is considered an act of infidelity,” says Madeleine Mason, relationship expert, The Independent. Infidelity usually involves secrecy, emotional involvement, and/or sexual alchemy. Here are five situations that can be considered a form of deception.

Feel feelings for someone else, without ever crossing the barrier of the physical relationship. This may be a form of “emotional” infidelity: our feelings are no longer exclusively for our spouse. Within a couple, the limits about sentimental relationships need to be discussed. “Having a close relationship with someone your partner does not know or who thinks you’re single can be a form of infidelity,” says Matt Lundquist, a relationship therapist in New York at Women’s Health.

– Sexually Fantasize About Someone

Most people fantasize about a celebrity, a friend, or a stranger. “Having fantasies even when you’re in a relationship is quite normal, but when you share it with your partner,” says Matt Lundquist. For others, as long as one does not wish to satisfy his fantasy even to hide it from his companion, there is no form of betrayal.

“Do not inform your partner about financial issues or decisions that affect the couple can be a kind of infidelity,” said Matt Lundquist. Hiding from a spouse who has bought a car with a common account may become a subject of the dispute and may also represent a form of betrayal.

Like a photo of an ex, scrutinize his social networks, start a relationship with someone else by hiding it with the couple or worse, connect in secret sites or dating applications These are behaviors that can be linked to infidelity. To consult too often the profile of Facebook of his ex can mean that one thinks of him. In addition, connecting to a dating app can mean that you want to please others and that you do not forbid to consider a relationship with another person.

In this article, we expose mainly the different characteristics that an unfaithful person presents.

But before that, we need to clarify some things: what is being unfaithful? And, why do some people feel the need to be?

There are many who know very well what it is to be unfaithful. Infidelity is a breach of trust within the couple. When one is unfaithful, one consciously lies, realizing that the behavior one adopts is not correct.

” You have to be unfaithful, but never disloyal ” – (Gabriel García Márquez).

Some people distinguish between infidelity and disloyalty. The difference does not seem very clear, but it is simple to understand.

To be unfaithful is to associate with other people than his companion. There are no lies because both people know and respect it.

On the other hand, disloyalty is something else. To be disloyal is to be unfaithful without the other knowing it.

Most unfaithful people simulate monogamous relationships while their bodies only ask to go to other people.

However, instead of being clear with the other or showing their desires, they hide the obvious.

We can forgive certain infidelities; everything depends on what is meant by “being unfaithful”:

– having sex with another person

– Swap kisses with someone else, or touch them

– Flirting with another person

III – Behaviors of an Unfaithful Man

Unfaithful people are so without expressing this need to others. The reasons can be multiple: the desire for other people, monotony, lack of spark in the relationship, search for new sensations, etc.

But in any case, the profile of the unfaithful is the same. Do you want to know more? So, read more of this article!

1. Jealousy Behaviors of an Unfaithful Man

It’s contradictory, but it’s true. The infidels know that they have made a mistake and have not acted correctly; they lie to their companion!

As a result, they develop a kind of fear that the other will do the same thing.

The situation becomes really problematic as soon as these fits of jealousy become unhealthy.

The unfaithful person is then obsessed with something that exists only in his own imagination, which weighs on his conscience and torments him.

The unfaithful person begins to go through unstable and extreme emotions. She easily falls into aggression, watches the other’s actions and gestures, and throws things that do not exist into her face.

Such behavior is a good illustration of the mental conflict in the head of the unfaithful person. It’s his way of expressing it emotionally.

3. A Need for Dependency

Suddenly, the unfaithful person begins to depend on the other, telling him how much she needs him, how much she loves him …

There is then little room for autonomy, which the other may find strange to the point of starting to feel muffled or suspicious.

When you are unfaithful, then you question your definition of love.

You begin to wonder how to resurrect the sexual passion with each other, then consider trying new things, innovative experiences you never thought of before.

You begin to no longer conceive the couple in the same way and to consider open relationships, or of another type. Beware of these signals!

5. Looking for Another Companion

If infidelity causes a breakup in a couple, the unfaithful person will then quickly look for someone else. Some people tend to need to be in a relationship to be unfaithful.

However, these are not free relationships that these people are looking for. As a result, the consequences of infidelity are the same as those mentioned above: jealousy, the discovery of infidelity, and an unhealthy relationship.

Many unfaithful people use sex to satisfy unmet emotional needs.

That’s why they take refuge in a situation that they think will solve their problems, when in fact they are not. All this only accentuates frustration and discomfort.

And you, what do you think of infidelity and disloyalty? Would you add something more to this profile of the unfaithful person? We are waiting for your answers and your opinions on this subject!