Are Children Punished for the Sins of Their Parents?

Are children punished for the sins of their parents? There was a saying, “Fathers eat sour grapes, and sons gnash their teeth.” That is, because of the parents’ guilt, their children suffer, which means that God is unjust. To this, God answered, “As I live, saith the Lord GOD, ye shall speak no more of these sayings in Israel. Behold, all souls are my souls as the soul of the father, and the soul of the son: whosoever sinneth, he shall perish.” Ezekiel 18.2-4 Therefore, God will justly execute judgment on those who sin and not on the children of those who sin.

Are Children Punished for the Sins of Their Parents? 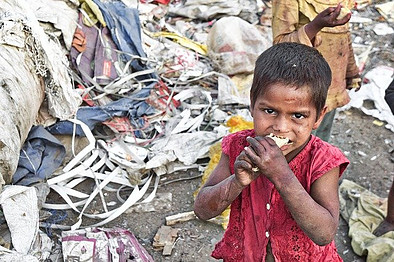 However, the fact is that parents who do evil pass on the consequences of their evil to their children. In the second commandment, which speaks against the worship of religious objects, God says that He is “a jealous God, who visits the sins of the father on the sons to the third and the fourth generation, those who hate me; and I have mercy on thousands of those who love and guard me.” my commandments. ” Exodus 20.5.6 If the average life expectancy were 60 years, the consequence of one sin of the parents would be reflected in the offspring for about 200 years, and God’s mercy over the obedient would be reflected for 6,000 years.

Due to genetic burdens and poor upbringing, children of ungodly parents will have a greater tendency to sin, but if they still seek God, they will get the strength to resist sin. Likewise, children of pious parents have a greater predisposition to choose God, but whether they will become faithful to God depends on their personal choice. There are believers from ungodly families, and there are ungodly people from religious families.

Jesus Shows That None of Us Is in a Hopeless Situation

Jesus Christ was in constant connection with the Father through prayer and reading the Scriptures, even though he was in a human body. Jesus resisted every temptation, which means that none of us is in a hopeless situation.

Every sin is evil, but every evil is not a sin. What does this mean? If I had parents who were chronic alcoholics, I inherited a penchant for alcoholism. It’s not my fault that I tend towards evil, but I suffer because of my parents’ evil because I was born with certain shortcomings. It is evil, but it is not a sin because I did not break God’s commandments, but my ancestors. God will not condemn me for the sin of my parents. Still, God will not, in principle, remove the consequences of the sin of parents that occur to children (unless the miracle of healing would have the effect of people returning to God sincerely). It often happens that the children of the parents of alcoholics become anti-alcoholics and the like. I know a young man who never lit a cigarette because he saw his father, who is a chronic smoker, suffocating from the effects of cigarette poison.

Where Is God When Children Suffer?

Many ask: Where is God when children suffer? God is in the same place where He was when Jesus Christ was crucified for sinful people as the Son of God. God did not remain with folded arms somewhere in heaven before our sufferings. In the person of Jesus Christ, God came down to this planet and lived the life we live. He did not remove suffering from himself either. Not only that, but it has enabled everyone who wants to be able to find salvation from the situation in which they find themselves. Jesus Christ teaches us how to face problems and emerge as the winner.

At the second coming of Christ, when God resurrects people who believed in him, God will easily resurrect to eternal life children who have suffered unjustly because of others’ sins.

Does God Rule the Earth?

In the “Our Father” prayer, Jesus said, “Thy will be done in earth, as it is in heaven.” This means that it is not God’s will on this Earth today. Why do the innocent suffer? Because the inhabitants of our planet have chosen not to have God’s will here, but ours and Satan’s will. The innocent suffer because there is no original order of God on Earth. God allowed evil to develop and show itself as it is. We all breathe polluted air, eat food that is polluted, and all participate in this planet’s sufferings.

Are Children Punished for the Sins of Their Parents Because God Doesn’t Intervene?

How does God respond to evil? Many would like God to respond and often call on God to respond to evil. “How long, God? How long will the Gentiles oppress those who are faithful to you?” If anyone can intervene, if anyone can really change something, it is certainly God. That is why it is justified to cry out to God. But does God intervene? How does He experience evil?

Are Children Punished for the Sins of Their Parents Because God Gave Lucifer a Certain Time?

God could destroy evil in an instant as soon as the first being abused his free will. Although a creature was created, Lucifer wanted to be equal with God and still accused God of ruling unjustly. God knew what evil would be the consequence of Lucifer’s rebellion, and he could execute the judgment immediately. But other creatures in the universe who did not know what evil was might suspect that God had forcibly removed someone who “wanted to help them.” That is why God gave Lucifer a certain time (according to biblical logic 6000 years) to prove his accusations.

God only temporarily tolerates the existence of evil. He does not react openly because he allows every living being to choose what he wants: rebellion against God or happiness with God. If God showed himself openly, he would only lead the ungodly to become hypocritical believers. It is clear to almost everyone that the accusations against God are untrue and that God wishes us well. God is just waiting for all people to definitely decide for or against Him so that He can resurrect and transform believers and execute judgment on the ungodly. People blame God for not reacting to evil, and God delays his reaction to evil precisely because he patiently waits for us to choose salvation firmly, not because he is powerless.

God Could Destroy Evil in an Instant

When everyone finally takes one side or the other, God will “in the blink of an eye” resolve the issue of evil (1 Corinthians 15:52) at the second coming of Christ.

For example, when Lucifer accused God that pious Job respected him only out of selfishness, God allowed Lucifer to ruin Job’s property, livestock, family, and even health, to show Job whether he was faithful to God for good or because he believes it is best for him. When it was shown that Job remained faithful to God even though Lucifer had ruined him, “the Lord said to Satan:” Have you seen my servant Job? There is no man on earth, good and just, who fears God and shuns evil, and yet hold fast to your goodness, even though you persuaded me, and I ruined it for nothing. ” Job 2.3.

God Is Ready to Accept the Entire Guilt on Himself

So, God not only sympathizes with us but is ready to accept the entire guilt on himself. God did not even touch Job. God did no harm to Job but said, “I have ruined him; I take everything upon myself.” God has the power to prevent evil, but we still do not have our sincere desire to renounce evil. Not only is God not guilty of evil on earth, but He has taken upon Himself the punishment that follows us because of our guilt in the person of Jesus Christ. He died in place of all repentant sinners and mercifully enabled us to live, even though we could not deserve it.

God Acts Surprisingly for Us Humans

Sometimes God seems to be silent because He acts surprisingly for us humans. After all, He is merciful to people to whom we would never be merciful. Jesus did not show his divinity so that everyone could see him because God has nothing to say to those who do not want to obey. God has His plan when He will act; He is not in a hurry or late. We act like a child who is eager to see a flower, opens the petals of a bud, and ruins the beauty shown later.

Jesus covered some questions with a veil of silence. “I have much more to say to you, but you cannot bear it now, and when He, the Spirit of truth, comes, He will guide you into all truth.” (John 16: 12,13) God’s silence is words that we could not understand now.

Sometimes we are angry when God does not answer our prayer. Do we think that it would be worse for us if God answered our prayer than if he did not? Jesus prayed that it would always be the will of the Father because God knows what is better for us, to fulfill our prayer or not to fulfill it. That is why there are three answers of God to prayer: 1) yes, 2) no, and 3) wait.