Androphobia or Fear of Men Is Irrational Fear of Man

Among phobias, one of the most striking is androphobia or fear of men. Did you know? Androphobia is an intense and irrational fear of man.

There are all kinds of phobias: agoraphobia, arachnophobia, claustrophobia … First of all, how do you define a phobia? Phobias are defined as an intense and irrational fear towards a person, an object or a situation that involves little or no danger. The word comes from the Greek Phobos which means “panic”.

People with androphobia experience intense panic when they see a man or group of men.

I – Androphobia or Fear of Men? 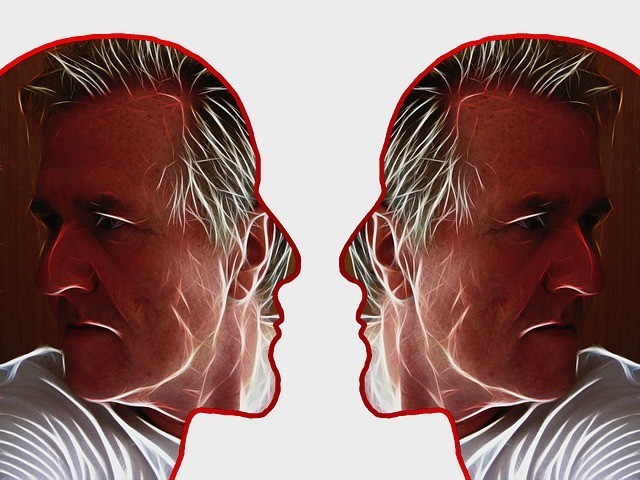 Androphobia, andro (which means man), and phobia (which means fear), is a disorder that produces a constant, intense, and abnormal fear towards men. People with this syndrome feel very nervous when they have a close presence of men or have a conversation with them. They, therefore, tend to avoid them. These situations can occur even with family friends or men, impeding the personal, professional, and interpersonal life of those affected.

Androphobia or fear of men may well be considered a type of sexual phobia. Sexuality is a problem that has always generated tension in society. Sexual phobias can be directed to the gender of the person or to a certain aspect of sex.

The causes of sexual phobias can be many and varied. In this case, androphobia or fear of men is a disorder that produces a constant, intense, and abnormal fear towards men.

People with androphobia are overwhelmed by nervousness when they feel the presence of men, and when they have a conversation with one of them. This irrational fear of men drives them to avoid them. These situations can occur even with friends and hinder the personal, professional, and interpersonal life of the affected person.

II – The Characteristics of Androphobia

Phobias are defined as an intense and irrational fear towards a person, an object, or a situation that involves little or no danger. The word comes from the Greek Phobos which means “panic”.

According to the DSM-5 (Manual of Diagnosis and Statistics of Mental Disorders), specific phobias, such as androphobia, have the following characteristics:

– Fear or intense anxiety caused by a specific object or situation (for example, flying, gaining height, being with animals, getting an injection, seeing blood, etc.)

Avoidance of the phobic situation by fear or anxiety

– Persistence of fear, anxiety, or avoidance for 6 months or more

– Clinically significant discomfort or deterioration resulting from fear, anxiety, or avoidance in the social, occupational, or other important areas of functioning

III – Who Suffers from Androphobia?

Androphobia or fear of men is mostly women’s, although men can also suffer.

These traumatic events could be a violation, psychological abuse, a terrible relationship with the father figure, etc. It could even happen for cultural reasons when the woman is educated to be submissive and obedient.

The person is aware that not all men represent a real threat. Nevertheless, she cannot help but feel an irrational panic in their presence. The people most affected by androphobia are women aged 18 to 40 years old.

Although they generally know that they suffer from irrational fear, they do not express their emotions for fear of social rejection. These people often apologize and avoid the situations in which they have to deal with a man. They do it to avoid a fear that can lead to terrible anxiety.

IV – The Causes of Androphobia

or Fear of Men

With regard to phobias, the scientific community warns that there is no absolute truth as to its origin. Perhaps, depending on the person, the cause that creates the confusion in his mind may vary. In the case of phobia towards men, there are the theories most accepted by specialists:

Fear of men can be attributed to painful experiences of the past, such as childhood or adolescence. Physical or verbal violence, rape, or humiliating practices of a person in the hands of a man contribute to the general idea that men are aggressive and ruthless, their only purpose being to harm.

Phobia can also develop without having been directly abused. Having witnessed the violent experience of one man on another person can help develop a phobia. Abuse at home is an example.

The fear of man has its origin in the learned behavior of a person. This case is based on the fact that society and cultures are dominated mainly by men, who also act aggressively and adversely by taking advantage of their physical superiority and their resistance to women.

This current connects people who fear men and those who have family members with the same phobia. They say that fear and anxiety are underlying genetic construction.

V – The Symptoms of Androphobia

According to people with androphobia or fear of men, the symptoms may vary depending on their level of fear. The most common are:

– Palpitations of the heart

– Inability to articulate words or sentences

Androphobia or fear of men, like most phobias, can be treated with various therapeutic methods channeled by a psychologist, psychiatrist, or therapist.

Androphobia is not usually easy for people to treat. It is therefore advisable to help some of these specialists and to follow some of the therapies listed below:

They need a lot of perseverance, but they show great effectiveness in patients treated with this treatment. It is based on the restructuring of negative thinking about men in order to change that feeling and behavior.

Through relaxation techniques, the patient learns to tolerate the anxiety he suffers. Over time, he gradually learns to confront men, to control his fears, and to contact them.

Combination of psychotherapy, communication, and personal development based on changing learning abilities or disorders. Based on structured behaviors, his goal is to convert the fear of the person to a man into a calm and relaxed behavior.

Or analytic hypnosis is a type of therapy in which a specialist enters the subconscious of the person with the pathology to modify one or more patterns of behavior. Once the specialist has found the problem phobia, he speaks directly to produce in his mind positive suggestions that help improve the impression of men.

This type of therapy is developed from different techniques such as yoga to change behavior patterns. They are based on the stimulation of energy points in order to modify the electrochemistry of the brain. Although of dubious efficacy, it is a therapy during the study period but has already been approved by many specialists in this treatment of phobias.

Although they are still the last option because of their side effects, if extreme severity to deal with the presence of a man, you can use psychotropic drugs. They are commonly used as antidepressants or anxiolytics.

VII – Difference Between Androphobia and Misandry

Androphobia is not the same as misandria. Do not confuse androphobia with misandria. Those who suffer from androphobia want to be cured. In the second case, it is a feeling of hatred towards the developed man for various reasons.

Misandrery was born, in most cases, in response to misogyny (hatred of women) and a sense of struggle against the machismo prevailing in society. To consider that a person suffers from androphobia and not misandria, she must feel an irrational and disproportionate fear that destabilizes her daily life.

That is to say a loss of emotional freedom and a limitation in everyday life.

A trick to get rid of it!

Androphobia, how to get rid of? In order to get rid of the attraction of the “bad guys” in your life, you must understand the law of attraction. A woman draws into her life what she thinks, feels and therefore attracts negative men because she draws attention to themselves. All that happens to a woman is a vibration that corresponds to her thoughts and she receives what she thinks. In the case where a woman is mentally focused on what she does not want for herself, her thought grows, gaining strength and energy, which will certainly manifest in reality.

Our future life is determined by thoughts and objects. Therefore, create thoughts about what you want, catch on to what you do not want, and replace negative thoughts with pleasurable thoughts. If you want to attract a positive, kind, and loving man into your life, you need to focus on that, visualize your desire, feel it with all your heart, as if you already had it, and you will surely bring what you want into your life.