You Are a Wonderful Creature

“I praise you for being such a wonderful creature. Your works are admirable, and my soul recognizes it well. (Psalm 139: 14). So said the psalmist David.

How many people do they recognize himself as a wonderful creature? Have you ever given yourself time to contemplate your body? Usually, we have a bad image of our conception because we don’t take the time to realize that we are such a wonderful creature.

Let’s go about our self-discovery to realize that we are a wonderful creature! Stand in front of a mirror and take a few moments to reflect and be amazed. […]

You Are a Wonderful Creature Because You Have an Amazing Organism 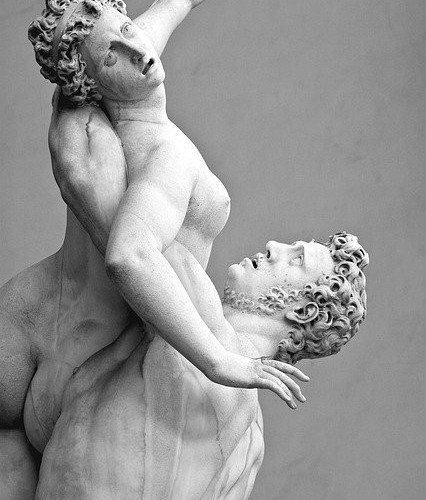 From the head to the soles of the feet, every organ, every muscle, every flesh, every element has its purpose. What is extraordinary is that all the organs that make up the human body are intimately linked and interdependent. There is a certain harmony in their functioning which makes the human creature one of the most complex and wonderful creatures.

In one body, your creator knew how to unite spirit, soul, and flesh. Isn’t that wonderful?

That’s not all! Even the four basic elements of the universe are present in the human organism: fire (heat), water (any liquid), air (oxygen), and earth (flesh).

According to the Bible, there is indeed a considerable difference between humans and animals. Certainly, men and animals have things in common. Each of them carries blood. Each of them has flesh. Each of them has a soul. In short, each of them is a creature of God. Despite everything, man is not an animal in the proper sense as Science tells us, moreover as the theory of evolution teaches it either.

Some people think that we are nothing but animals – highly developed animals. The majority of people believe that man is a superior animal … Contrary to this belief, the Bible declares that man is a very unique creature among the creatures of God. We are the only beings created in the image and likeness of God. After creating all the wonderful things in the world, God crowned His work with the most extraordinary act of creation, namely the creation of man and woman, to whom he entrusted all of Creation. Read the chapter on Creation (Genesis 1; Genesis 2: 1 – 7, 18-25).

When we read the creation account, we notice that God made a distinction between these creatures – man and beast. He did not stop there, to mark the superiority of man over beast, he entrusted the domination of the earth to man.

Let’s see the value the Bible places on man. “When I contemplate the heavens, the work of your hands, the moon and the stars which you created: What is man, that you remember him? What about the son of man, so that you take care of him? Thou hast made him a little lower than God, and hast crowned him with glory and magnificence. You have given him dominion over the works of your hands; you have put everything under his feet, sheep and oxen, and the beasts of the field, the birds of the air, and the fish of the sea, all that walk the paths seas. Lord our Lord! How magnificent is your name on all the earth! Psalm 8: 4-10. And around the Psalmist David to recognize this value: “I praise you because you are such a wonderful creature. Your works are admirable. And my soul recognizes it well. (Psalm 139: 14).

Suddenly, it is clear that man is not an animal – an animal is not a man. According to the Bible, therefore, man is the creature in the image and likeness of God. Does this mean that man is equal to God? “O man, are you God? No. For you were created by God in his image and in His likeness. However, you carry the divine faculties within you: to think, to exercise your will, and to create. This is the meaning of being created in the image and likeness of God. (Thomson Dablemond). Man has a divine part in him.

You Have Five Amazing Sense Organs

Your eyes allow you to see yourself in color, which is not essential in your life. Look, how it is possible to see very far or tiny things through our eyes. Imagine how many faces and objects your eyes have seen and how you can identify and differentiate the face and appearance of things!

The position of your ears allows you to hear in stereo, and thus locate the source of the sound – a voice that is dear to you, for example. The ear, an organ of extraordinary sense.

Note this remark from a book intended for sound technicians: “When you examine the human hearing system in detail, it is difficult not to see in the complexity with which its functions and structures are designed …” Imagine how many sounds and of voices do you manage to distinguish!

Your nose is also a testament to a wonderful conception. Besides allowing you to breathe in the air you need to live, it has millions of sensory receptors that enable you to distinguish some 10,000 nuances in smells.

When you eat, another sense comes into play through thousands of taste buds that reveal the flavors of food to you. Your tongue also carries other receptors that help you check how clean your teeth are.

Through touch, we are able to come into physical contact with people and objects by touching them. Have you ever thought about what a man’s life would have been like without touching him? The skin, which is the organ of touch, is also very important as long as it serves as our cover. Human skin is therefore a shield for the human organism.

So, you have five senses: sight, hearing, smell, taste, and touch. And although some animals have better night vision, a more subtle sense of smell, or keen hearing, the addition of these five senses allows humans to excel in many areas.

But let’s take a look at why we are advantaged by these skills and abilities. All of them depend on an organ weighing less than a kilogram and a half that we have in our head: our brain. If animals also have brains, that of humans is a special case that makes us unmistakably unique beings.