No tradition is as imbued with wine culture as Judeo-Christian. In the Bible, wine and vines are mentioned about five hundred times. Let us add that wine and Christianity have also been allies in history. With the collapse of the Roman Empire and the invasion of beer-drinking barbarians who did not know wine culture, wine, and the vine survived precisely because of their role in Christian rites.

The Fascinating Historical Connection of Wine and Christianity 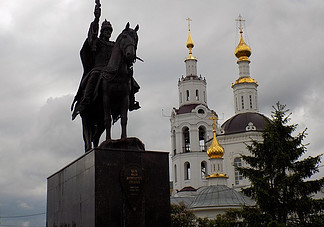 There is another exciting story. In 988, the Tsar of Kievan Rus decided to convert from paganism; he invited an Orthodox, Catholic, and Muslim missionary to make a better decision. What the Muslim missionary said was very appealing to the emperor, but he did not like the ban on drinking alcohol. Therefore, he preferred to be baptized into Orthodoxy. Many historians believe that this decision had a significant impact on the history of Europe. The Tsar’s decision for Islam would very likely mean the gradual end of Christianity and with it the vines – as has happened in much of the Middle East, North Africa, and the majority of the Muslim population in Bosnia and Herzegovina and Albania.

But let’s get back to the Bible. We need to add one last detail to Noah’s story. The vine and with it the establishment of the wine culture occurs immediately after the cosmic flood when God makes a covenant with man and other living beings. A commitment and promise of life for all humanity. The sign of that covenant is the rainbow.

Wine and Christianity Are Finally Connected in the Cana of Galilee

The connection between covenant and wine naturally appears throughout the Bible, and most of all it comes to the fore in the Gospels. Jesus’ public proclamation begins in Cana of Galilee when he turns water into wine at a wedding. His action is accompanied by the meaningful words of one of the wedding guests: “Everyone serves the good wine first, and when people get drunk, they serve worse, but you have saved good wine so far.” But it ends with the last supper and the words, “Drink from it, all of you, This is My blood of the covenant, which is poured out for many for the forgiveness of sins. But I say unto you; I will not drink from this fruit of the vine until that day when I will drink with you in the kingdom of my Father.”

Other Christian Allusions to the Vine

In addition to the above, there are many other allusions to the vine in the New Testament, e.g., “I am the vine; you are branches.” In Christian theology, Jesus is God and, therefore, the arché, the foundation of all that exists. And yet we cannot know him if we do not accept him among ourselves in love. The relationship between God and man is always a relationship between two people. But the relationship is always a kind of unity that allows us to surrender to each other.

Wine as Encouragement for the Love

This aspect of dedication to the other, which is also perceived in wine, is best attested in the Old Testament psalm, known as the High Song. This fiery song about love, seduction, and the carnal acquaintance of two lovers has always been considered a tradition of religious acquaintance within the tradition. Here, wine encourages a love union between two lovers, an association reminiscent of mystical ecstasy. The first happy meeting between them takes place in the wine cellar. This space was used in the culture of that time both for storing wine and as a temporary residence during the harvest, and at the same time, it served for organizing large parties, and last but not least, as a wedding hall. So as a space of union of two persons into one flesh before God. There, says the young woman, let him invigorate her with raisin muffins. Raisins were considered an aphrodisiac at the time. Later, his mistress invites him to the trellis, where she will give him love.

We have many symbols here that we need to understand as tangible signs of something higher. On the one hand, wine is a sign of consecration to another, as an aid that leads to unification as well as potency. On the other hand, the vine is a covenant and confirmation by God and at the same time as fertility.