Why Is Junk Food Not Healthy for Daily Diet?

Why is junk food not healthy? The bad food is consuming too much unhealthy food, but it is mostly consuming foods that have been in most cases transformed.

Junk food is a familiar term commonly used to describe food considered dietary malnutrition because of its low nutritional value and high fat, salt, or sugar. The slang word “junk food” could be the American translation.

Junk food is present worldwide, but especially in developed countries, where the US footprint is very strong. Burgers, hot dogs, fries, pizzas, sodas, and many types of fast food are real examples of junk food.

According to Olivier De Schutter, the UN Special Rapporteur on the Right to Food, who in March 2012 presented a report on nutrition at the UN Human Rights Council: “The Urbanization, supermarketisation and the global spread of modern lifestyles have shaken traditional eating habits, resulting in a public health disaster: one-seventh of the world’s population is undernourished and many more suffering from the “hidden hunger” caused by a micronutrient deficiency, while 1.3 billion people are overweight or obese. ”

Junk food is harmful to our body and its consequences on our health are disastrous in the long term. When products rich in fats and sugars and low in nutrients are consumed regularly, some cancers and cardiovascular diseases may appear, as well as obesity, diabetes, depressions. 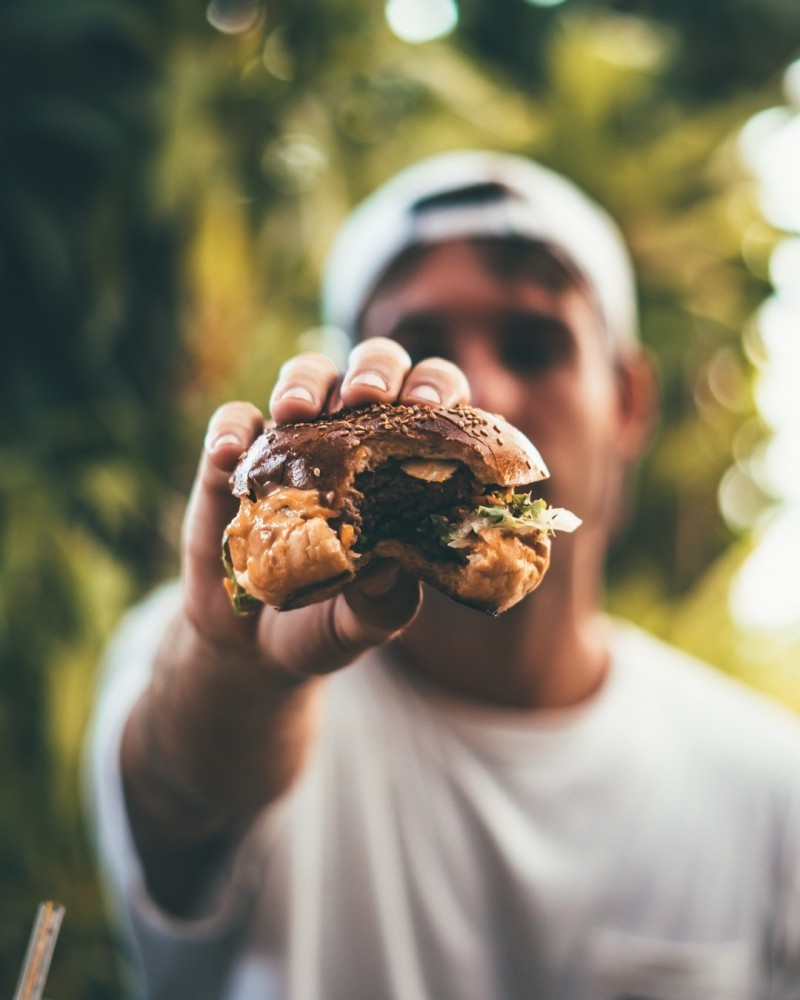 Junk food is made up of foods that are:

– Too high in fat

– Too rich in sugar and salt

– With low fiber intake (or nonexistent)

Scientific studies deplore a real public health problem, the findings are alarming and, despite this, the large fast-food chains are always busy and supermarket shelves are filled with food that we could do without.

The harmful effects go well beyond a simple discomfort or temporary tiredness, the body suffers the consequences of an unbalanced diet, coupled with a sedentary steadily increasing, our health is deteriorating at all levels. In this regard, another harmful effect of junk food that researchers are increasingly highlighting is the 39% increase in the risk of allergies, asthma, and eczema in children and adolescents who consume Fast food more than three times a week, according to researchers at the University of Auckland in New Zealand. The conclusion is that junk food is not healthy for people.

I – Why Is Junk Food Not Healthy for the Brain?

A study of nutrition and its influence on brain development, conducted by Gene Bowman of the University of Oregon Health and Science, found that eating junk food in excess can affect the functioning of our nervous system.

Most research focusing on the relationship between diet and brain aging is based on people’s inquiries about their weekly diet. However, Bowman has proposed a new approach by directly studying the type of nutrients present in the blood.

He explains that this method is not 100% reliable, but several studies have shown that nutrient levels in the blood correlate well with an individual’s diet for one year, allowing a better assessment.

The findings, published in the journal Neurology in April 2012, found a strong link between high levels of trans fat and shrinkage of the brain and cognitive abilities. The study found that eating foods high in trans fat, mostly candies and processed meats can cause brain damage.

The study was conducted using data from only 100 people, all seniors. It raises a broader term to test the relationship of the search for positive results, the possibilities of treating brain diseases would be much greater than at present.

According to a British study published in February 2011 in the Journal of Epidemiology and Community Health, a diet containing a lot of industrially processed foods, high in fat and sugar, in young children would affect brain development and intelligence.

Pauline Emmett of the University of Bristol and her colleagues conducted this study with 14,000 children in Britain, all born in 1991 or 1992. Their health status and lifestyle were studied between the age of 3 and 8 ½ years, while their parents made a commitment to answer a questionnaire about their child’s diet. At age eight and a half, children from Bristol were offered an IQ test.

– a diet with a lot of processed foods and convenience, high in fat and sugar, as well as in additives

– a traditional diet of meats, potatoes, and vegetables

– a healthier diet, with more salads, fruits, and fish.

Four thousand completed questionnaires were collected and the results show that children with a diet high in sugars and fats have lower IQs than children on a balanced diet.

Children at the age of 3 who were among the top 20% who had more processed foods had an average IQ of 101 at age 8, compared to 106 among the children in the 20% whose diet was healthier. Food between 4 and 7 years had no impact on IQ.

The effects of eating habits in early childhood on understanding and behavior may persist later, even if the diet has changed. Since brain growth is greatest before the age of 3, healthy eating during this time can promote optimal growth. However, the study also took into account the mother’s level of education, her social class, living in public housing, the use of books and television, in an attempt to weight these factors. So, in any case, junk food is not healthy for children.

Researchers at St Luke – Roosevelt Hospital and Columbia University in New York have studied the brain activity of sleep-deprived people looking at images of healthy food and poor quality food (too fat, too sweet, or too salty). 25 men and women of normal weight participated in this five-day experience.

Scientists compared the results of brain scans taken after four-hour nights with those of scans taken after normal nights of up to nine hours of uninterrupted sleep. They observed that both types of food – healthy or unhealthy – activated different regions of the brain and those brain regions associated with cravings for junk food were more active in the event of sleep restriction.

Researchers have found that junk food-type images of food stimulate more areas of the brain’s reward system in sleep-deprived people. The reward system or reinforcement system is one of the centers of pleasure for the brain: it provides the motivation necessary to carry out actions and eating behaviors in particular.

These results suggest that we succumb more easily to the temptation to consume foods that are too fat, too sweet, or too salty when we have not slept long enough. They confirm the link between lack of sleep and being overweight.

Other studies show the link between deregulation of appetite and lack of sleep: deprived of sleep, healthy people and normal weight eat more than usual.

The required sleep time varies considerably from person to person. It usually decreases as one ages. The infant sleeps almost all the time between meals, children need ten to twelve hours of sleep a day, and adults six to nine hours.

IV – WHO Classifies Cold Cuts and Red Meat as Carcinogens 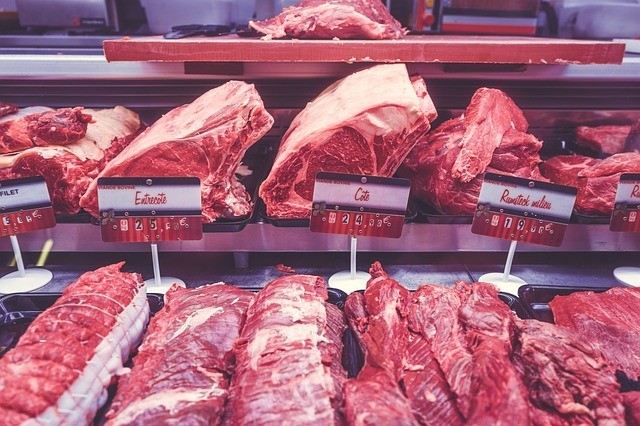 The International Agency for Research on Cancer (IARC), an agency of the World Health Organization, in a paper published in the medical journal The Lancet Oncology in October 2015, announced the classification of red meat as probably carcinogenic for humans (Group 2A). That of processed meat products has been classified as carcinogenic to humans (Group 1).

After carefully reviewing the accumulated scientific literature, a Working Group of 22 experts from 10 different countries, brought together by the IARC Monographs Program, classified the consumption of red meat as probably carcinogenic to humans, based on limited indications that the consumption of red meat induces cancer in humans, supported by strong indications of a mechanistic nature advocating a carcinogenic effect.

This association has mainly been observed for colorectal cancer, but other associations have also been observed for pancreatic and prostate cancers. Red meat refers to all types of meat derived from mammalian muscle tissue such as beef, veal, pork, lamb, sheep, horse, and goat.

IARC relied on more than 800 studies to categorize processed meat, including deli meats, as carcinogens for humans, based on sufficient evidence that processed meat consumption causes colorectal cancer in humans.

Experts concluded that each 50-gram serving of processed meat consumed daily increases the risk of colorectal cancer by 18%. This risk increases with quantity.

Processed meat products (or processed meat) refer to the meat that has been processed by salting, maturing, fermenting, smoking, or other processes that have been used to enhance flavor or improve shelf life. Most processed meats contain pork or beef, but may also contain other red meats, poultry, offal, or meat by-products such as blood.

The nutritional quality of meals served in school canteens, pinned by half a dozen surveys published in the 2000s, seems to have improved significantly.

The UFC-Que Choisir association surveyed in March 2013 the menus offered in 606 establishments and communes in France. Progress made since a previous study in 2005 is remarkable in public primary schools.

The study assesses the frequency with which the main types of balanced diet products are offered over a 20-day period and does not address the eating quality of meals.

Overall, all establishments are more frequently at fault for expensive products, such as red meat, fish or fresh fruit, than for cheap food.

The results in the private sector are disappointing. Balance is also undermined in middle and high schools. In question, the principle of menus “with choice” leaving teens the opportunity to prefer the least dietary foods, which are also the most appetizing and least expensive.

A good part of these stands is under the responsibility of large groups of school catering. This junk food settles and grows out of any obligation. Since July 2011, a decree mandates the nutritional balance in school restaurants, encouraging consumers to consume 5 fruits and vegetables a day, to eat less fat, less salty, less sweet. It requires school canteens to offer only once a week a fried food, in order to focus vegetables in the diet of students.

The association also requests that the 2011 decree applies to cafeterias serving junk food in secondary schools, sometimes outside mealtimes.

Food balance is a historical issue and it is important to monitor food in canteens, as 18% of children are obese or overweight.

Tartrazine is an azo dye also known as E102 in Europe, and also as Yellow No. 5. It is a dye that can cause severe seizures in asthmatics in addition to causing hives and eczema in number of people. Tartrazine is one of six European colors that should be labeled “May have adverse effects on activity and attention in children”.

It is found mainly

– Pop-Corn (especially the yellow one)

Tartrazine is an additive that has a high risk of allergy in sensitive people, children, asthmatics, and people allergic to aspirin. Attention deficit hyperactivity disorders in children, especially when tartrazine is associated with benzoates (E210 to E215). There is a cross-sensitivity between tartrazine and acetylsalicylic acid (aspirin). Several hyperactive children already react badly to natural salicylates (grapes, apples, tomatoes, cucumbers), taking tartrazine seems to cause the same type of behavior after ingestion.

In addition, this dye can lead to a deficiency of vitamin B6 and Zinc. Vitamin B6 is an essential vitamin for the proper functioning of neurons. Zinc is involved in no less than 200 different enzymatic reactions, including the regulation of dopamine, a neurotransmitter present in smaller amounts in hyperactive children.

Food companies continue to use tartrazine mainly because of its low cost, while there are natural coloring alternatives, such as beta-carotene.

Tax on sodas. The introduction of a tax of two cents on sodas was applied from the beginning of 2012. It would bring 120 million euros in the funds of Social Security. According to the government, this levy would also reduce cases of obesity in France. This new measure does not, however, apply to products containing sweeteners.

Sugar and non-alcoholic beverages are already subject to a specific tax in some US cities.