What Is the Christian Dress Code?

What is the Christian dress code? Does the church have a dress code? The Holy Scriptures do not give us any specific dress code for worship or otherwise though we are given an elementary principle by which we are to dress. Let’s answer some of the questions raised regarding Christian appearance to conclude the matter. Must Christian women wear a skirt, i.e., are they allowed to wear women’s trousers. The verse used to justify the belief that Christian women should never wear trousers is Deuteronomy 22:5. The ESV renders this:

The ESV renders this verse as speaking of a woman’s cloak or mantle. But we see the same word used to refer to men’s clothing. Because our bodies are shaped differently. Men and women have always had their clothes designed to be gender-specific.

The Practice of Transvestitism

Therefore this verse is openly talking about the practice of transvestism. Transvestite is wearing clothing usually associated with the opposite sex for psychological gratification. It is a genuine desire to look like someone of the opposite sex. However, several older Christians impose their cultural views about skirts developed from the earlier decades of the 20th century to affirm that a woman to wear trousers is a transvestite. But how many Christian women wear women’s trousers because they are trying to look like a man. Firstly they do not look like a man, and secondly, that is not their intention.

What Is the Christian Dress Code Regarding Trousers?

The Christian dress code doesn’t ban trousers for women and does not command that men have to wear trousers. The plain historical fact is that skirts and trousers have always been gender-neutral. Throughout history, In fact, the soldiers of the Roman Empire wore skirts. But desperately needed a makeover because the disgusting trousers which were only worn by barbarians seemed to be keeping them a lot warmer. Not wanting to be outdone by ignorant and inferior peoples, the Roman military started wearing trousers, which became acceptable. Men in various countries today, including Scotland, can still be found to wear a skirt of sorts. The simple historical facts reveal that the notion that skirts belong to women and trousers to men is utterly false. And should not be the basis for developing standards for Christian appearance. Instead, this is nothing but a cultural abnormality in the west. In short, women wearing women’s clothing and having no intention to look like a man is obviously not abhorrent to God. Women’s trousers are women’s clothing, just as women’s cloaks have always been women’s cloaks. So what is the Christian dress code regarding trousers?

Should Men Wear a Suit to Church?

Should men wear a suit to church? The arguments used to justify this view. But the Jewish rabbinical teachings declared that they must stress differently on their Sabbath day to any other day. Dr. Gill, in his commentary, uses his argument by declaring that the Jews always appeared in their best clothes on the Sabbath day. This is one of their rules. However, these rules are not binding on Christians at all. The teachers of Jesus’ time invented rules which could not be found in the scriptures, and this is nothing but a continuation of that. And if our best clothes are to be worn, does that mean we have to wear a tuxedo to church if we own one?  The second argument declares that when we come to worship God, we are worshipping the ultimate judge. When we appear before an earthly judge in a court, we would typically dress in a suit. So why not for the judge of all the world? The answer is simply that God is our Father. When we come to him in Christ to his throne of grace, we do not come expecting condemnation. And with a need to dress our best to please him. As one does to convince a human judge that they are upright. We come boldly as his children. In John 15:15, Jesus said that we are not merely his servants but his friends. We ought to have a close personal relationship with God. Such teaching does not indicate that we must stress more formally during a worship service.

What Does It Mean to Dress Modestly? 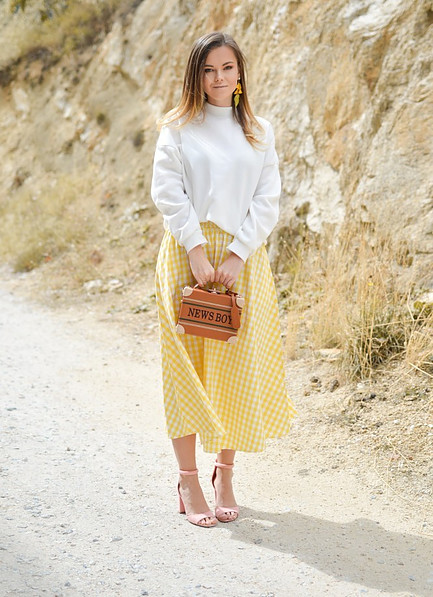 The New Testament prescribes only that we dress modestly. The Greek word rendered modest in 1st Timothy 2:9  is “KOSMIOZ.” In the context of the 1st century, this word means moderate, orderly, well behaved, decent, according to little Scott Jones lexicon. Modesty encompasses all of those meanings. The word is used in the next chapter of 1st Timothy, for instance, when speaking about church elders’ ethical behavior. Thus the New Testament teaches that our dress code should be the simple, modest dress of an upright citizen of our culture. Nothing more, nothing less. For example, there is nothing disrespectful in wearing sandals to church as this is not immodest, and this was the footwear that our Lord Jesus worshiped in.

Young’s literal translation of 1st Peter 3:3-4 reads. [Wives] adorning- Let it not be that which is outward of plaiting of hair and putting a round of things of gold or putting on garments.

Therefore, numerous comments have noted that if all jewelry is prohibited, then all clothing is also. That would be the only logical conclusion. But if we are going to recognize that this is actually speaking of expensive clothing and not all clothing, then we have stopped interpreting this verse over literally and must, therefore, put it in its proper context.

Attention Should Be Fixed on Our Inward Appearance Before God

Paul teaches that our primary attention should be fixed on our inward appearance before God rather than our outward appearance before other people. The entirety of Scripture is in agreement with this principle. For instance, the ideal and virtuous woman of Proverbs 31 or queenly fine linen and purple in Proverbs 31 22. The Old Testament is also replete with positive descriptions of jewelry by the Holy Spirit and its practical and joyful use as a token of marriage, etc.  In the New Testament – in James chapter 2 verses 2 to 9, the Apostle speaks of members attending the congregation dressed in fancy clothes and a gold ring denoting their wealth and others wearing shabby clothes to noting their poverty.

The interesting thing is that he does not condemn either form of dress but rather condemns any partiality shown to the congregation’s wealthier members. Therefore there is no command in the New Testament to dress as formally or smartly or as plainly even as possible. Nor is there a command to wear or not wear jewelry. Again what is in joint a Christians is modesty. As a brief aside for the ladies, a good indicator is whether your sinful, earthly father is uncomfortable with the way you dress. If he is, you’re perfectly righteous, and Heavenly Father is probably pleased too.

In Conclusion – What Is the Christian Dress Code?

In conclusion, when Peter Paul and James wrote the words we have quoted, they spoke of the excessive vanity of the pagan societies in the Roman empire. This is evidenced by the early church’s over-reactive writings about Christian appearance. Undoubtedly the same applies to us in the fashion-conscious west, which even sexualizes little girls’ attire. We must, therefore, examine ourselves in light of these truths. Can we honestly say before God that the things we wear are not simply for vanity expecting people to think well of us to think we have money to find us sexually attractive and probably lust after us? To gain some desired attention or reaction from the other congregation members. These are the ways of the world—those who have no fear of the God who sees our hearts. Therefore, the big question is whether we are following our society’s modest dress or following worldly excess and dressing to impress. If your heart is directed solely towards Christ the way, we dress and behave, the way we spend our time and money, all of these things will show it.

Therefore let us be careful not to offend our own conscience before God by seeking to do anything more or less than to dress with humility and moderation before him. And equally important, we should also take special care not to offend the conscience of any of our fellow brethren who would be offended or coerced to last or covered by the things we wear.  Romans 13:14 But put on the Lord Jesus Christ, and make no provision for the flesh to fulfill the lusts thereof.