What Is Our Perception of Death and Dying?

Death is the last frontier of our life, the frontier through which, all without distinction, we must pass. At the same time, the key “place” in Christianity from which we can and are called to observe what life is, who we are, and what God offers us in Jesus Christ. Let’s look at our perception of death and dying now and sometimes and the perception of death and dying of Jesus Christ.

The Perception of Death and Dying in Middle Ages 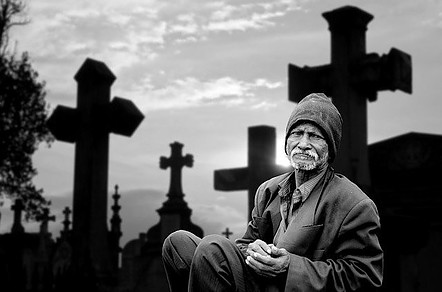 It is the Middle Ages, an age in which the thought of death was preached incessantly and tirelessly: memento mori. Ever since, with the advent of the begging communities, a popular sermon developed, that admonition has thundered the world. Death is seen from the point of view of transience: in death, all are equal. Death destroys and dissolves all that is beautiful and destroys in men all knowledge.

To prevent the sting of death, one should despise a life that is nothing but dust and decay. In contrast, the Middle Ages’ ecclesiastical thought knows only the splendor and splendor of the saved soul in paradise. Everything between these extremes is unnamed, almost as if it does not exist.

This life was given only so that man could leave it as soon as possible and enter eternity. But even that eternity has become a horrible mystery: eternal damnation or eternal bliss?

Who would know where those paths fork? Highly developed, refined, and intricate casuistry moved this crossroads further and further back until the birth of man. Sin became a major theme of scholastic theology and learned texts began to multiply.

Plagues, wars, religious schisms were interpreted as the consequences of sin. Eschatological preoccupations have acquired the color of the blackest pessimism. The pastoral care of the Church in the Middle Ages was the pastoral care of fear, and a sense of guilt permeated all areas of human action.

The Perception of Death and Dying in Our Time

Since the middle of the last, the twentieth century, we, in fact, have hardly seen death at all, that is, beings who are dying or have died. Moreover, we distance the death of others, and then our own, from ourselves.

Children no longer bury dead insects, no longer attend the burial of their dead animal friends, adults no longer have contact with the bodies of their dead loved ones. They do not wash them; they do not dress them, they do not lay them on the bed, they do not keep them in the house so that friends and relatives can gather and go through a period of mourning, remembrance, and forgiveness together. Nurses, coroners, funeral companies take care of that.

We Can’t-Wait to Get Rid of the Corpses

Even requiem masses in most churches are no longer held in the presence of a dead body. In the crematorium, only the closest family members follow the body from the morgue to the place of the memorial service, and no one watches the body being left on fire. We can’t wait to get rid of the corpses.

Our perception of death has indeed changed radically in the last sixty years or so. We neither think nor talk about it. We pretend it doesn’t exist. We actually deny it until it reaches out to someone close to us. And then we talk about loss. Not only ours but also the loss of what the deceased had experienced.

We live in a time of body cult: we prolong the human life with drugs, diet, exercise, we cover up the traces of aging and decay with cosmetics and surgery – all to keep the face of death away from our view. Although: we can only see life – in the face of death.

Jesus’s Perception of Death and Dying

Thus they have little in common with responding to Jesus’ call for radical change during this earthly life, for a radical change of consciousness, for the death of our own ego so that another, biological death, although deconstructing our body, could not substantially touch us.

The absence of talk of death has crept into both priestly sermons and theological debates. We would rather talk and hear about Jesus ’resurrection than about his death. Although, without death, there is no resurrection.

And that, as far as possible, even before our biological death.

We can know nothing about life until we are ready to die, just as the disciples could know nothing important about Christ before his body disappeared before their eyes.

Didn’t Jesus say “Satan” to Peter, who resisted his voluntary consent to death? Satan here means one who wants to separate Christ from his suffering and cross.

Christ Manifested Who God Is

By his most human act – death, Jesus showed what it means to allow the divine to live in man. By the way, He died – consciously and voluntarily – Christ manifested who God is.

If we accept this, it does not mean that we will not die biologically, but – that we do not have to be afraid of death, that we can look her in the eye calmly.

Christ said that He came to give us life, “in abundance to give it to us.” Doesn’t that mean that we don’t have life yet, that we are dead, unawakened?

The life that Christ gives is certainly not an extension of biological life, nor is it a “reward” for our good deeds in the other world, but a life that is given – through death. Jesus overcame death – death. The death of the old and the beginning of the new Adam. Death is not the end but the beginning.

The Paradox of Our Faith

The paradox of our faith is that we have already risen with Christ, and we will die. We have not chosen to be born or how we will be born, just as we cannot choose whether to die or not.

But we can choose how we die. And only if we die to ourselves before biological death or if we are born again.

Did not in Jesus Christ at the time of death say. “It’s done”? Death completed the creation of the new Adam. Ecce homo.

Christ teaches the art of metanoia, turning the gaze from the usual continuity and susceptibility to the conditioning of cause and effect towards a permanently new life, a life that is currently reopening and creating.

And what opens up the possibility of creating a new reality is the act of self-giving, at the same time the act of suppressing and communicating oneself.

How hard is it for us to detach ourselves from some of our slight dependence on this or that?

How hard will it be for us to separate ourselves from the life we have constructed around what we are attached to in it?

Cut Your Ties With Biological Life

If we die like Christ, that is, dull the sting of our own ego, we will share with Christ the victory over the ties that bind us to our biological death and live like Him. God’s life. Each of our exhalations, and the last one, is an inhalation into the divine life.

Christ annulled himself that God might live in him in fullness. Or, as Karl Rahner said, “God is a wasteful self-seeker.”

Ascending to the heights of the spirit can only be descending into our being’s depths and facing our shadows and darkness that are common to all people.

That is why we live in dark times.

But only when we do not resist what works through the darkness, only then can we become the energy that permeates all darkness with light, and that is – the hidden power of love.

Our life is a liturgy of death. It depends on us whether it will be a funeral or a celebration.