What Is Hanukkah, the Jewish Festival of Lights?

Hanukkah, the Jewish festival of lights, is the feast by which the Jews celebrate the rededication of the Second Temple. Namely, Judea was conquered and occupied by the Greeks during the time of Antioch. The Greeks turned their greatest shrine, the Second Temple in Jerusalem, into a temple dedicated to the God Zeus and thus desecrated for the Jews.

The repression of the people was terrible, and the pressure for the Jews to renounce their faith became unbearable. The Greeks forced them to eat pork, which is forbidden in Judaism; they forced them to worship statues of Zeus, which the Jews considered idolatry, one of the greatest mortal sins. In addition, constant robberies, rapes, and murders created terrible discontent among the people.

The Jews Finally Resisted the Violence 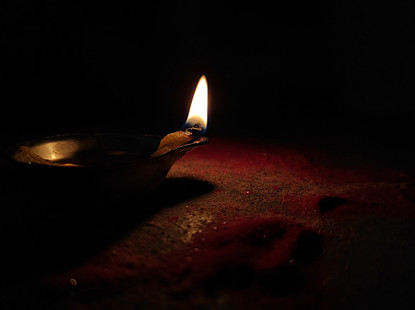 At one point, forced to worship Zeus, a Jewish priest Matthias from the city of Modiin near Jerusalem snatches a sword from a Greek soldier and kills him. Joining him, his sons, as well as other dissatisfied members of the community, flee to the mountains and devise a way to attract as many supporters as possible and eventually overthrow the hated Greek government. The rebels were led by the young priest’s son Judas Maccabi, and his followers were given the name Maccabees. The revolt of the Maccabees was fierce, and although they were few in number, they managed to defeat the Greeks and regain their most important sanctuary – the Second Temple in Jerusalem.

A Miracle Is a Reason for Hanukkah, the Jewish Festival of Lights

For the temple, which was desecrated, to be rededicated according to Jewish laws, he required eight days of purification with lamps with olive oil. However, destroyed Jerusalem after such a terrible rebellion of the Maccabees did not have enough olive oil to purify. The Maccabees, together with the priests, demolished the statue of Zeus, cleaned the temple, and washed it with olive oil. Now all that remained was to clean it with the light of lighted lamps, but there was no oil. The story says that there was only a little oil left for the lamp, maybe for one day, but the priests still lit that lamp, prayed, and asked God to bless their light so that they could clean the temple. And a miracle happened – a small lamp that had oil for only one day burned for eight days. In memory of the Maccabean rebellion and the return of the temple, the Jews celebrate Hanukkah – the feast of light.

Today, Jews celebrate Hanukkah with a nine-branched candelabrum and add one more candle each day as a symbol of eight days of purification. The candle in the middle is used to light the other eight candles. Every night during those eight days, a special kind of donut, sufganiyot, and latkes, are served at the table, a dish fried in oil. Children are given small gifts every day, and the game “Dreidel” is obligatory.

This was one of my favorite books as a kid.