The Theory of Evolution Is a Fact Not Based on Chance

Theory of Evolution Is a Fact 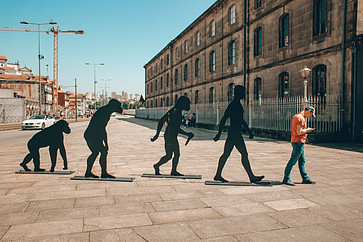 In the world around us, changes in living organisms are constantly happening: the emergence and disappearance of genes, changes in the structure and amount of genetic information, and the effects that such changes have on all aspects of life. These changes are constantly spreading through populations, which produces a slow but inevitable change in the composition and appearance of all species on the surface of the Earth. In the next blogs of this website, I will explain the details of these changes and what they mean for living beings on Earth.

The Theory of Evolution Is a Scientific Model

The theory of evolution is a scientific model that explains the fact of evolution and puts individual data in a broader context. In one of the blogs, I will explain in detail the model that is built on the basis of observing changes in the living world, and on the basis of evidence from the past – we will see what evolution actually predicts and what it says about the ways in which species change and origin.

The theory of evolution is one of the best-confirmed theories of modern science. Traces from the past (in the form of the genome of existing animals, a nested hierarchy, a fossil record, and many other independent things) show us how and along which lines evolution took place in the past and how it governed the development of life on Earth. I will explain a small part of this evidence in the articles on this webpage.

The Theory of Evolution Is Not Based on Chance

In the end, we will deal with the conclusion derived from all the above: The theory of evolution is not based on chance but the inevitable action of the laws of nature. It is generally accepted in science because of the huge confluence of evidence that supports it. Evolution encompasses the change in living organisms that is taking place before our eyes today and the evidence for changes that have taken place in the past. This evidence comes from many different branches of science and is based on completely independent methodologies. Although individual details can always be inaccurate, it is effectively impossible for such a huge number of facts to support the same conclusion accidentally and accidentally fit into the same scheme.

Let’s start now with the basic concept of evolution: what are mutations and variations, and how new genetic information is created through them…