The Signs of Recognition

At the crossroads between the intrapsychic and the behavioral, between the basic needs, the scenario or the positions of life and the transactions, the signs of recognition are a powerful concept which I appreciate very much. Not only me! but also all the professional coaches or those who aspire to keep in perfect harmony their relations with others.

Throughout the day, we have contacts, meetings, interviews, phone calls.

Each of these contacts leaves a good or bad impression. Some will mark us for a long time and others fade from our memories. Some will put us in shape while others will make us sad.

It is a decisive phenomenon that the “stroke” tool makes it possible to understand and apprehend. Thus, each of us establishes transactions to be recognized by others and tells others that he recognizes them. “Strokes” are therefore signs.

To be effective, stroke, whatever its type, must be genuine and sincere. 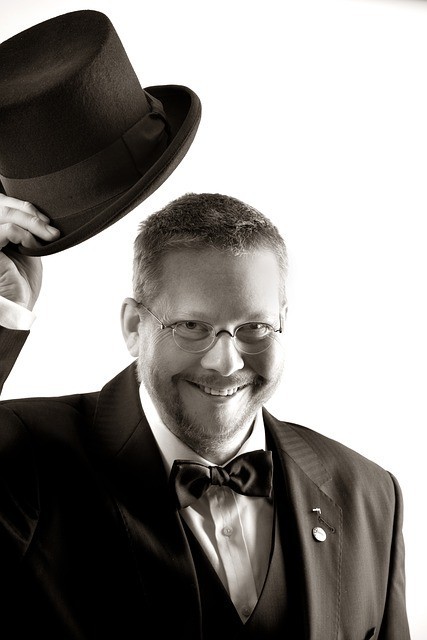 I – Definition of the Concept of the Signs of Recognition or “Stroke”.

The use of the term “stroke” has been generalized in psychology by the American psychiatrist Dr. Eric Bern in his work dealing with transactional analysis.

To stroke is an untranslatable English verb in French. It is translated as “stimulate” whereas it actually has two meanings in English: one is positive, while the other is negative. The first meaning of “to stroke” is “to give a caress” while its second meaning is “to strike”. It can be defined as a sign of recognition exchanged between two individuals. This sign is a means by which one person recognizes the existence of the other. This recognition can be done through a gesture, an act, a word, etc.

In other words, Eric Berne defines a sign of recognition (which you may also encounter as a caress or Anglicism strokes) as “any act involving the recognition of the presence of others”. The sign of recognition is a message that I send to the other meaning that for me it exists, that I know it is present.

A sign of recognition responds to the thirst for recognition. So it’s a very important message for us. Consider what you feel if a person does not make you (hello) …

The Economy of Signs of Recognition

One of the basic laws of the economy is recognition that a person accepts negative signs of recognition rather than recognition at all.

However, there are beliefs that constitute obstacles to a good stroke economy:

* The other deals with the control of stroke: which is to think that only a few privileged can validly give them.

Well, these beliefs are disputed. Indeed, stroke is a natural resource, free, inexhaustible, and accessible to all.

Stroke is a natural resource that everyone has at their disposal and can receive and distribute to everyone at any time.

“… Only personal-psychological difficulties and restrictive social habits make the contrary believe. The stroke is free. it is possible to receive it without paying in return for his person (unconditional stroke).

Everyone can reclaim this right to strokes and allow others to find this happiness, a source of positive energy to solve the problems of life.

II – The Possible Channels of Stroke

Each individual has a preferential channel of stroke. There are 5 possible channels of stroke.

The look, the eyes, the sight: in this case, it is enough to look at someone, even a moment, so that the stroke effect takes place.

The voice, the word, the sound: some people are sensitive to the sound of the voice, they prefer to telephone than to write … to say, to talk, to speak.

The writing, the note, the memo: others fear oral expression and feel more comfortable communicating through writing. They know how to congratulate someone by sending him “a little word” or a letter when they would be embarrassed to do so during a conversation.

Proximity, contact, touch: some like to be in a group, even in a crowd; close to each other.

The smell, the perfume, the odor: some specialists have been able to say that it was the only communication problem that was really decisive for the life in a couple: all the other difficulties could be solved, except this one.

III – The Different Types of Signs of Recognition

1 – Both Types of Stroke Criteria

• Conditional stroke (dealing with doing it).

It is relative, that is, attached to a single datum. Sample data, writing an article. Positive Conditional Stroke: “You wrote this article well, congratulations! Negative conditional: “your article does not look like anything, you can do better”.

• The unconditional stroke (bearing on being).

Positive or negative stimulation, the “stroke” is indispensable to the biological and psychological survival of individuals of all ages, because indifference can kill the person who suffers it.

• The positive stroke (source of pleasure, fulfillment, trust in others).

it can be conditional or unconditional. It is a sign of recognition of the qualities of the other. It’s the caress. It can be a warm handshake, a friendly pat on the back, an approving nod, or a radiant smile. It could also be an admiring whistle or a sincere compliment. A soft handshake or too much compliment does not generate a stroke.

The positive stroke corresponds to the recognition of the qualities of the other to valorize it or of any other behavior or actions which provoke in the other the development of positive energy.

• The negative stroke (source of displeasure, suffering, lack of self-confidence, and others).

It can be conditional or unconditional, it corresponds to the devaluation of the other. This is the shot. It is often a disapproving gesture or a criticism. Dr. Bern’s studies have brought out an interesting finding. It is more beneficial for a person to receive negative conditional strokes rather than no strokes at all. It’s a question of psychological survival. This could explain the rebellious, provocative, or unmotivated attitude of those who suffer from the indifference of their close entourage (spouse, parent, child, employer …). The “nonsense” committed by the children, the demotivation of the employees, or the rebellion of the teenagers, the origin would be identical: a simple reaction of research of strokes to survive the indifference.

The negative stroke corresponds to the devaluation of the other, by not recognizing his qualities or behaving in such a way as to cause the other to develop negative energy.

3 – The 4 Types of Signs of Recognition

– conditional or unconditional: the first is factual, precise, and circumstantial, it concerns the “doing”: “your report is excellent” or “your cake is not a success”, the second relates to the “being” of the person as a whole: “I love you”, or “I cannot see you”,

– obtained by a direct request (“what do you think of …”) or indirect (by a psychological game for example).

Note: By combining the criteria (conditional and unconditional) and stimulations (positive and negative), we obtain four (4) types of acknowledgment or “stroke” signs.

 Positive Conditional Signs of Recognition (C +): They affect the individual for what he has done and have a rewarding character that stimulates in him continuity in these actions. Example: You wrote a good article.

 Negative conditional signs of recognition (C-): They affect the individual for what he has done and have a character of reprimand, a disavowal that stimulates in him the need for correction. Example: Your behavior in this situation shocks me.

 The positive unconditional signs of recognition (I +): They affect the individual for what he is and have a gratifying character that stimulates his autonomy and his elevation. Example: You are very intelligent.

 The unconditional signs of unconditional recognition (I-): It affects the individual for what he is and has a character of reprimand and disavowal which constitutes a destructive charge harmful to his blooming. Example: You are heartless.

Stroke is essential for biological and psychological survival. For example, many experiences in the maternity ward have shown that “stroked” babies are better than infants with little or no “stroked” babies caressed and surrounded by their mothers; even in poor hygiene conditions are more resistant to disease than others.

The signs of recognition obey a fundamental human rule: better a sign of negative recognition than no sign of recognition at all, or in other words: all but not indifference. The thirst for recognition is a vital need; a child will not hesitate to make a mistake even if he has to be reprimanded by his parents if he feels they are not paying enough attention to him. Just as an adult: who feels isolated from a work meeting can put in place more or less conscious strategies to get noticed by patting his pen against the table, or flipping his glass.

There are no good or bad signs of recognition. It is also important to congratulate someone who has just passed an exam or to disagree on an initiative or criticize an achievement: it is a great way to learn.

This article could interest you: Self-Esteem: In What Life Position Am I?