The Original Book of Enoch and Today’s Situation 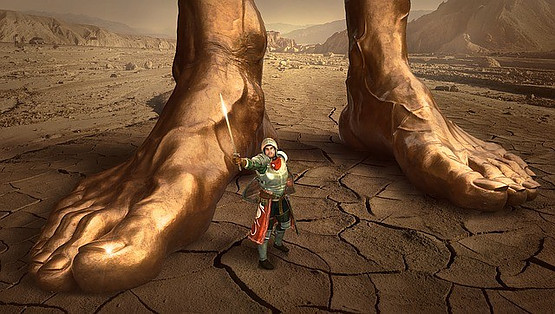 The Original Book of Enoch

Did you know that before a man could predict the weather, he prayed for it? He didn’t know how it worked. He just knew, for example, that if it rained when he needed it to, it was a blessing.  But now that man knows. Now that man has a better understanding of how the weather works. He doesn’t need God. It’s all-natural. Now, many ancient writings and artifacts have made it into our library of knowledge about the world we live in. And the Bible is one of them. It doesn’t matter if you believe it to be true or not. It is part of our world history, and it is very significant.
Along with that, there is a book that may help to fill in the blanks about who we were sometimes and who we are today if you bother to look.

You Know It’s a Trick

How many of you have seen a magician or illusionist and have been in all at the sight of their illusion? You know it’s an illusion. You know it’s a trick. But because you do not understand how it works to you, it’s magic. Oh, there must be some explanation. Yes, there is an explanation. But once it is explained it is no longer magic. It is science. Isn’t that interesting?

So here is the story. Enoch. And if you don’t know who Enoch was, he was the son of Jared from the seventh generation of Adam.  Enoch or Anak in Hebrew was the father of Methuselah and the great-grandfather of Noah. He was 65 at the time of Methuselah’s birth and walked with God for 300 years before God took him. Now he now grows this book sometime after the birth of his grandson Lamech and before the birth of his great-grandson Noah.  And it was written for two reasons. One to save his family from the Great Flood and two because the Watchers instructed him to.

The Watchers. You see, no one knows how many angels there are but there are many and they all had jobs.  They were managers of the universe. And as the population of human beings began to increase significantly several of these angelic beings start to take notice of something. The men of the earth have daughters. Beautiful one. These angels desired them. They wanted children. They communicated to each other plans to take human wives for themselves. And so according to Enoch, it was Samyaza one of these angels that said: Listen I know that you all do not want to do this because of consequences you will have faced. But I am going to take responsibility for your actions. And this total of 200 angels also. They all agreed to a bond. A bond with each other that it could not break. And so they proceeded to take wives. One each. And they did things with these women. Sexual things. Without discrimination.

What Was the Motto?

I guess their motto was anything goes. And during all this these angels taught them charms and spells and the cutting of roots and trees in other words they taught them how to perform rituals and get high. And of course, these women got pregnant and bore large giants. And their height was three thousand cubits.
Now one cubit is typically the length of the forearm from the tip of the middle fingers to the bottom of the elbow. Which is around a foot and a half. You can do the math that is taller than the tallest building in Dubai. See these angels that descended to earth went into control of man. They wanted their own kingdoms which they had and still have today. They wanted to have their own lineage. Understand that their sons the Nephilim these things have to eat. And the man and all his hard work and efforts could not sustain them.

Giants Turned on the Man

So the Giants turned on the man to devour them. They turned on the animals and did only God knows what to them. They eventually turned against each other. They cannibalized each other. Also during this time one of the angels that descended Azazel began to teach a man how to kill. He taught metalworking. How to make weapons such as swords and daggers. He taught them how to make shields and protective armor. He then taught a man how to make jewelry and other ornaments.

Do you know what certain metals do to the human body when you wear them? Such as copper and gold? Why? It increases the electrical conductivity of the body. Making you a better receiver. This was the beginning of the total corruption of man. Some of the other angels taught men how to cast spells. They taught them astrology in the path of the moon. Think about it. Who do you think taught men how to communicate with spirits using rituals?  Do you think men just came up with these rituals on their own expecting them to work? So at this point, we have a world that is filled with corruption and bloodshed. So much so that some of the angels that remained in heaven knew that God was aware of this and so they asked him what they should do about it. 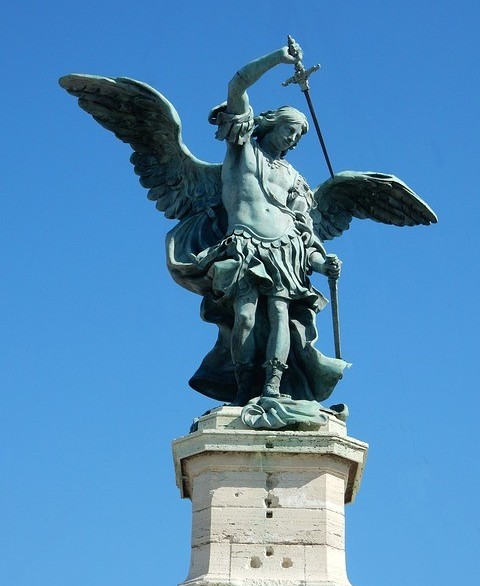 So God sent an angel. Save the son of Lamech. And to reveal to know all the coming of the end. He then instructed Raphael to bind the hands and feet of Azazel and throw him into darkness. Covering him with jagged stones in the desert of Dudael. Which is believed to be east of Jerusalem. But no one is certain especially since the world after the flood would be much different.
God then sent Michael. To inform Samyaza and the others that they would have to stand by and watch their children kill each other off. And once they witnessed the destruction of the Nephilim these angels were to be imprisoned for seventy generations in the hills of the earth. Then came the great flood.

Are There Any Pieces of Evidence?

So fast-forward to today the question is if these accounts of Enoch were accurate. Is there any evidence that exists to support it? Are there any pieces of evidence for claims in the original book of Enoch? You see, a fossil, well most fossils are formed when a plant or animal are suddenly buried beneath water mud, and silt. This is why you don’t see fossils that are recent. Are you with me so far? If you’ve been paying attention, you know that the number of giant skeletons that have been found as of today is in the thousands. Are they all a hoax? These discoveries have been going on since the early 1900s, and they are not found in just one place. They are everywhere.

Different Methods for Determining the Age of a Fossil

First of all, folks let me tell you something. When I say something is millions of years old I am only reporting data from the scientists who determine these dates. It does not mean that I agree. I know better. You see there are various methods to determining the age of a fossil. Unfortunately, the older something is the less accurate are the data. And these dating methods are based on assumptions. They assumed uranium-238 has a half-life of about 4.5 billion years based on a standard that was created back in 1971. Assuming that the uranium 238 to uranium-235 ratio has been constant since the forming of the earth. The truth is it varies from rock to rock. How about explaining to me why they find carbon-14 in coal diamond and dinosaur bones when carbon-14 has a half-life of 5730 years.

They Found Everything Possible

By the way, they don’t just find giant skeletons. They find large weapons spearheads axes swords footwear giant steps.  Look at all the megalithic structures around the world. Someone had to lift these things. Look at the giant stone balls they found in Costa Rica Bosnia New Zealand North Dakota.  I am inclined to believe that these were actually used as weapons. Hurled through the air by Giants using a colossal catapult or even a handheld slingshot or handheld catapult. Some geologists actually want you to believe that some of these spheres are concretions that form naturally over millions of years. Come on man, you know, I try to give geologists and other scientists a chance, but they always come up with this garbage.

From Where They Came

Now if the Nephilim died off in flood it does not mean that their spirits which were half-angel just vanished.  What if the spirits of the Nephilim are released into the world to become what we know as evil spirits or demons. We see the rise of giants after the flood. What lineage were they came? Of what lineage were the six fingers six-toed red-haired Giants of North America? The Kandahar giant of Afghanistan? Of what lineage are all the polydactyl celebrities and athletes? And I’m talking about people who are quite famous today.

Conclusion the Original Book of Enoch

The original Book of Enoch tells us that the Fallen Angels were imprisoned in the hills of the earth.  Could it be that these imprisoned watchers have something to do with the increase of earthquakes volcanism and sinkholes around the world?  Only time will reveal the truth, and I believe that time is upon us. And even if you don’t believe in the Bible or Book of Enoch in this day and age of corruption, it may be a good idea to read through some of these texts. Just for the sake of morality.