The Illness Is a Test of a Relationship

Severe illness is a test of a relationship. It is easy to love when everything is fine, when we are healthy and when we are annoyed by banal and unimportant matters in a relationship. For example, her eternal delay and his socks scattered around the apartment.

Severe Illness Is a Test of a Relationship 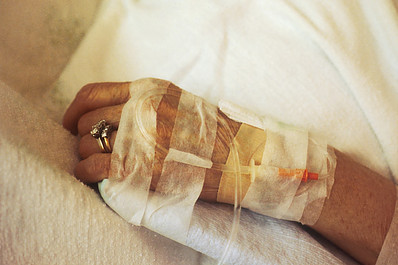 But the real test of how strong, stable, and loving a relationship is, is when one of the partners (spouses, fiancés) becomes seriously ill. This is (unfortunately) an opportunity when we get to know the real character and real value of our union or partner. And sometimes it happens that the people we love are not what we think they are. Let’s look at an example of Mary. Mary was diagnosed with cancer two years ago. The shock at this news was unimaginable. Why her? How is this possible? She lived a healthy life, without any health problems, until that beautiful day when the doctor told her that a bump on her chest is cancerous. She was twenty-seven years old. In the next second, her world collapsed, and the first thought was that she would not live long anymore. Fear, despair, sadness, crying. But two years after that diagnosis, official medicine confirmed that her treatment was successful and timely.

She overcame the disease but was abandoned by a longtime boy due to the disease. Just a few months after starting her treatment, he simply moved out of the shared apartment. Almost wordless. And soon after, by sheer chance, she met him somewhere in town. He was smiling and walking with another girlfriend. Mary, tired of the treatment, pale, frightened, and in fear of her health, but he was smiling and embracing the other woman. Shock again. For the second time in months, her world collapsed. The first major turning point in her life was an illness, and the second was that her partner left her during the most challenging period of her life. That was the last thing she expected of him, and she didn’t really even think he could leave her alone in this story. She wanted and needed loving support, a warm hug, a sense of security, long conversations, and someone to tell her he loved her. She believed that James, her boyfriend, was the person who would stand by her side in good and bad. But she experienced a cold shower that she probably won’t forget for the rest of her life.

The Illness Is a Test for a Relationship, but the Loss Is More Painful Than Illness

Now that she looks back, she feels that the loss of her boyfriend was more of a shock to her than the fact that she was ill. The first was a betrayal of her love, long-term relationship, and friendship. James quickly showed her real face and the realization that her relationship was merely an illusion of love, mutual support, friendship, and happiness was horrible and painful. In the case of her relationship, the disease cruelly put her on real ground. She purified her life and the people around her. And it was James who was the first to leave her and go live a new life without her. Only he knows why he did it. He may not have been up to the situation (severe illness and fear of death) and therefore preferred to withdraw (run away) from her life, but he may simply not have loved her enough to stay with her in these difficult times. To suffer with her, support her, cry, laugh, and lovingly nurture her. Today, Mary is alone, but happy because she won the battle for life and somehow managed to survive the last two years, which were the hardest in her life. But the bitter aftertaste remains. She had to fight alone.