The First Will Be the Last, and the Last Will Be First

During the difficult days of World War II, Britain had great difficulty keeping workers in coal mines. And here came in handy the prophecy of Jesus, which says: “the first will be the last, and the last will be first.” It was a rather thankless job with no honor. That is why many people applied for one of the military services to participate in the war. They wanted something that would give them more social recognition. Something had to motivate these people as soon as possible to stay working in the mines, or the British industry would suffer a severe blow due to the lack of coal.

With that in mind, Winston Churchill gave a speech to tens of thousands of miners one day, explaining the importance of their work in the war effort.

He Invited Miners to Imagine One Scene 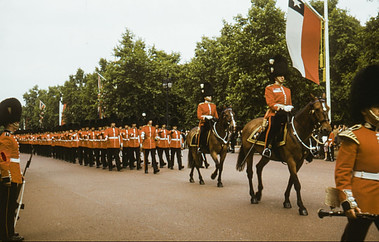 “Imagine a huge parade that will take place on the day the war ends. It will be a presentation of the units that liberated Britain. The sailors of the British Navy, those who defeated the Nazi Armada, will perform first. They will be followed by Royal Air Force pilots for their services in defending Britain from massive attacks by German Luftwaffe bombers. The third will march the land army, those who bravely held on to the hell of Dunkirk. It will be a real military parade. And as an honorary army, a long procession of sweaty workers, dirty and soiled with soot, with heavy tools in their hands, will walk the streets of London in front of the English men and women. Imagine then someone from the crowd shouting: “And what are they looking for here? Where were they while the others were fighting? ” The answer will then come from tens of thousands of heads: “We were deep in the earth face to face with coal!”

Witnesses say tears could be seen in the eyes of most of the miners gathered after Churchill’s words of encouragement. The man from the podium gave their work a well-deserved sense of value.

When Churchill encouraged the miners, he was, in fact, telling them to carry their cross humbly but honorably. One can often hear the expression that someone is “carrying his cross.” They usually associate this with some life burden that the person suffers for a long time and complains about. However, when Jesus said that his followers should carry their cross, he believed that the cross is a means of killing, not a burden. And what should be killed in one who wants to follow Christ? Let us listen to his words: “If any man will come after me, let him deny himself, and take up his cross, and follow me.” Therefore, to bear the cross is to humbly renounce oneself, knowing that our will is corrupted by sinful inclinations, and accept God’s will.

Jesus Said: “The First Will Be the Last, and the Last Will Be First”

Further, this is not a cause for grief. The Apostle Paul spoke of this: “I no longer live, but Christ lives in me!” And when Jesus is in our lives, it is joy, not sorrow; it is value and honor, gain, not loss. They are humble, simple, and good people, a bit despised in society today. They are considered the last, while we admire those who push to be the first. However, humble doing of God’s will is what characterizes people preparing for God’s kingdom. Jesus said of the coming of his kingdom, “Many that are first shall be last, and the last first.”

In a village, two young men, otherwise brothers, were caught stealing sheep. The whole village gathered to punish the hated thieves. Everyone shouted their verdicts. They finally decided to release them ashamed for the rest of their lives. They struck a two-letter stamp on everyone’s forehead – ST. It was abbreviated from SEVERE THIEF. So embarrassed, the young men were released. As a result of stamping, one brother left the village and wandered for the rest of his life, living in disfavor with people because of his stamp. The other remained in the village. He worked hard to get back everything he stole. He became a compassionate friend to anyone in need and a good neighbor to his locals. He helped the weak without compensation and humbly did many good things to the village. In old age, he experienced that everyone loved and appreciated him for his humble chastity.

One day a stranger stopped by the village. He stopped in front of the inn and asked a group of villagers what ST meant at the head of that older man carrying a sack on his back. “We’re not sure what that means,” they replied. “It was a long time ago. But knowing the older man, that ST at the head probably means SAINT. ”

You Are Invited Too

When Jesus comes to a man and calls him, he invites him to carry his cross as well. And you are invited. You can lower the cross, not give up yourself, and live to the end of this vain life at will, always first to yourself to be last in the end. But you also have the opportunity to accept Christ’s call, to take up your cross, to be the last before men, and humbly but joyfully, allow Jesus to live His righteous life in you instead of you and one day make you first before God.