The Concept of Creativity in Business

However, a content analysis of all definitions reveals three main meanings of the concept: One can apprehend creativity as:

– The act of creating something new

– The ability to find original solutions

– The will to change or transform the world. 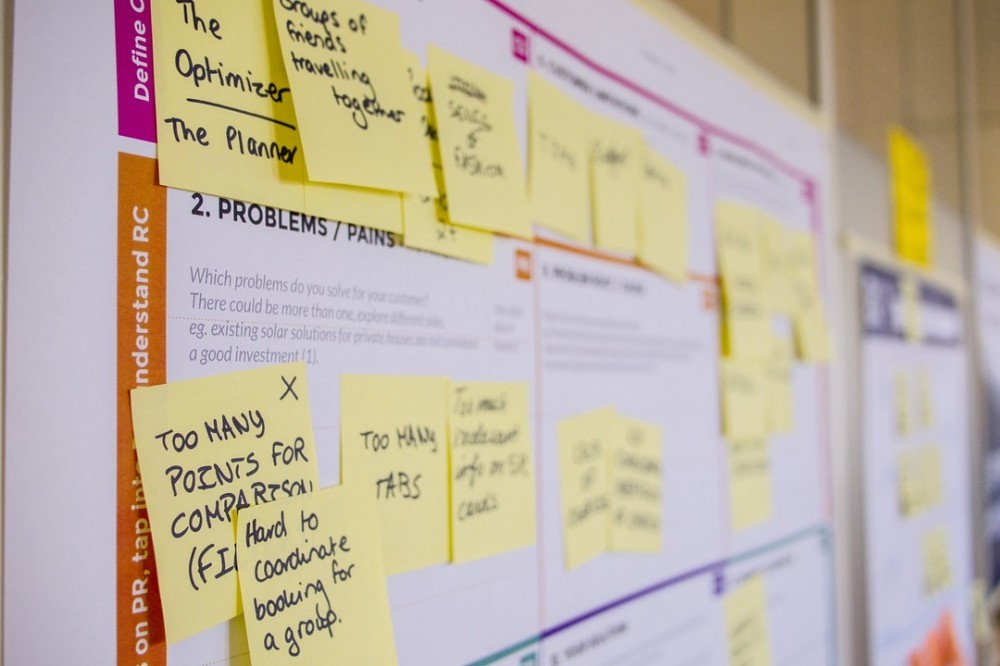 As creating something new, creativity is attributed to cognitive processes, the social environment, and personality. She is associated with genius. Some claim that it can be learned by creative techniques. Although often associated with art and literature, it is also an essential part of innovation and invention very useful in many trades.

As a capacity to find original solutions, it becomes a method of solving problems, in order to find original solutions to the adaptation constraints that every human being faces. Thus, creativity becomes the ability to achieve a product that is both new and adapted to the context in which it manifests itself. In this approach, “new” must be understood as “original and unforeseen”.

I – The Concept of Creativity at Creative Personality

Every human being is endowed with creativity but at different levels. So, some people seem to be more creative than others. It is, therefore, possible to identify certain characteristics that make it possible to qualify a creative individual. Guildford identified the main traits of a creative personality: fluidity, flexibility, originality, and sensitivity to problems.

The first characteristic found in a creative individual is “an ability to produce a lot” called fluidity.

This is in fact a direct consequence of divergent thinking, which is essential to creativity.

According to Guildford, divergent thinking is defined as being able to imagine a very large number of new solutions to a problem or situation; “To not only understand things by bringing them back to an already known model”. This type of thought requires a great openness and momentary suspension of critical judgment and logical considerations. Indeed, we must try to accept all ideas, sensible or not, and avoid any blockage to them. It is necessary to “encourage the brain to think outside the box” to have the next possible ideas and to tolerate them even if they may seem bad at first. It is by having this flexibility that one can succeed to imagine easily and thus, to have the fluidity of mind.

The second trait of a creative personality is flexibility.

It consists of “flexibility (sensory, intellectual) that allows to easily change perception, to easily replace one representation to another (more or less detailed, structured or interpreted differently), to multiple perceptions and representations.

In other words, flexibility is the ability to easily move from one category to another. A “flexible” individual is also able to question the patterns he has acquired over the course of his life and to accept this instability. This characteristic is therefore dependent on the previous one since the capacity to imagine easily and to have an open mind to all forms of ideas contributes enormously to this mobility of design.

Originality is the third characteristic of being creative.

This one, thanks to his divergent thought, is able to produce unusual, non-conformist but relevant answers. He manages to play with concepts and elements in order to imagine new hypotheses that might seem improbable at first glance. The motto, in this case, is a novelty.

4 – The Sensitivity to Problems

The last trait of creative personality is sensitivity to problems

In a given situation, the creative mind is not at rest, it acts and questions, if necessary creates the disorder in a reality which does not satisfy it. An individual with this ability more easily identifies anomalies in a situation and these imperfections stimulate him to question them. He is curious and expresses astonishment at his environment.

II – The Concept of Creativity in the Creative Process

Creativity is a mental process involving the generation of new ideas or concepts, or new associations between pre-existing ideas and concepts.

For Winnicott, he refers to life and being. This is why he can say: “Creativity is the” doing “that derives from” being “. It manifests the life of the subject. The impulse can be at rest, but if we use the word “to do” it is because it already has creativity.

This notion of “doing” implies that the subject must act and not react to the environment. Creativity, at the level of everyday life, is an action that is consubstantial with being. Self-esteem is therefore fundamental. This is why the term “creativity” could be confusing. Because this process does not necessarily refer to the construction of an external object. But they ‘act, originally, a look. For the child develops this particular skill which is that of “seeing everything with a fresh eye, to be the creator of every detail of life.

According to Graham Wallas, the four stages of the creative process are:

During the incubation period, the individual distances themselves from the problem. He “picks up”, thinks of something else. The work is done here largely in the unconscious. Indeed, the data on which one must think are treated in the unconscious until enlightenment arises.

The period of enlightenment is the moment when the solution arises, where an idea comes to mind. The idea may be only part of the solution, but also the whole solution. The basis of creation is thus given; it remains only to realize this idea. But the individual does not start immediately; he goes through the verification period.

In the last period, that of verification, the relevance of the solution is evaluated, in order to know if the solution found really satisfies the needs. The creator then examines his discovery and finishes developing it.

Note: There is no fixed time for each period, so we are talking about the period. And in this regard, the length of a period varies according to the circumstances, the problems and also the individual and his mental abilities. If for some the process can be long, for others, it can be short or medium.

III – The Concept of Creativity in Business

Every man has in him the potential of creativity. Indeed, creative potential simply needs to flourish to be put into practice. Creativity is present in science, just as in art, and the creator is influenced by the social and cultural context of the time in which he lives. At the level of education, we recognize that creativity is a skill to acquire. Everyone is looking for the best idea, no matter what field you are in. So we use various techniques depending on the purpose of the creation. We will look more at creative techniques in the professional field in the following lines:

This technique consists of instantly producing the largest possible number of ideas on a given subject:

– without worrying at first about their realism,

– by refraining from criticism.

NB: To be effective one must involve in its implementation, several actors.

The principle is to give free rein to one’s thoughts and to search for the number of ideas rather than quality. The most fantastic ideas are therefore welcome. We must look for “associations”, “improvements, combinations …

The selection of ideas comes later, during the validation phase. Indeed, one cannot produce ideas and at the same time evaluate them.

In business, from a practical point of view, if there are several participants, a facilitator inscribed onboard each idea emitted, as far-fetched as it is, so as to read continuously what has been said. Participants should refrain from making interpretations, comments, or justifications; criticism or self-criticism is prohibited.

The facilitator must ensure that he or she understands the idea stated by putting it on the board and remaining neutral. If necessary, after a while when the rate of idea production starts to drop, it must stimulate the group.

This technique consists of adopting a very critical attitude – generating ideas – by becoming aware of the dissatisfactions existing in the use of a product, in the use of a service, in the operation of a company.

It must make it possible to seek to improve, to perfect to the extreme the studied subject.

This technique first requires the use of “brainstorming” for:

– Identify all the defects, disadvantages, or weaknesses of a product or service,

– classify them according to certain criteria,

– Then look for improvement solutions

It is a question of using an action verb list that liberates the imagination in relation to the object or service studied.

Beforehand, a precise description of the object or service must be carried out taking into account its technical, functional and sociological aspects.

The practice of “brainstorming” is then applied to search for ideas from verbs such as: augment; decrease; combine; reverse; edit…

This association between a verb and a product/service helps foster emergence:

– An idea to improve this product or service

– An idea of a product or service of substitution.

This process, which puts a problem into “forced relation” with a series of words rich in meanings, makes use of a functioning system of the brain: the combination.

Objects or services “overlapping”, by chance or not, can give rise to new ideas of products, services, or principles.

Here again, the problem must at first be well-posed. It is then necessary to choose at random, three inductive words in a list created for this purpose. The process then consists of analyzing the associations of ideas, word games, the meanings that these words inspire … Then, through this analysis, all the possibilities of connections must be multiplied with the subject treated.

NB: If necessary, we can start again with another series of three words.

IV – The Concept of Creativity at Leadership 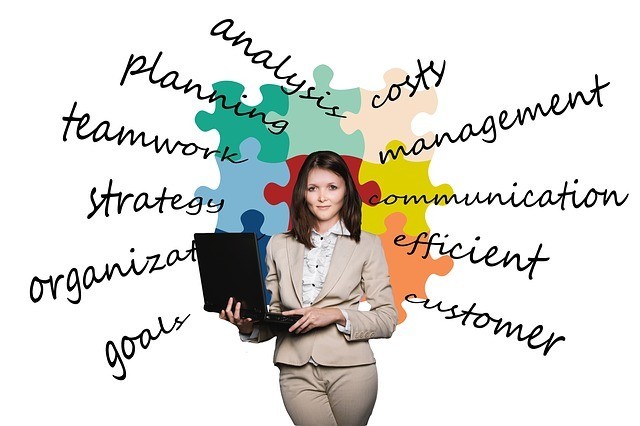 While it is fashionable, among executives, professionals in general, or in an environment where we collaborate with others, to declare themselves in favor of creativity, studies show that in practice, creative ideas are often rejected in favor of old, “proven” methods. In short, whatever one says, the preference generally goes to conformism and uniformity. Thus creativity is publicly desired, but in reality, met with suspicion.

The reason for this is that new ideas shake up the routine, the established order, and create some insecurity. When “we have always done so” everyone knows their role and the processes are familiar, even automatic. Novelty being synonymous with the unknown arouses fears. However, it turns out that the more uncertain a person feels about an innovative proposal, the more likely they are to judge it negatively, and the less they will be able to recognize their creative aspect. Risk is inherent in creativity (is a new idea feasible, how is it practical?); executives usually prefer to perpetuate the old (often set up by others) rather than face the failure of a new idea.