The Cognitive Process of Language

The cognitive process of language is considered to be a superior brain function and one of the most important cognitive process in the life of the human being; this allows us to effectively connect to our environment and also perform a series of other processes that facilitate the order of our thoughts, through the storage, processing, and coding of the information we receive from our environment; acting as a mediator between the knowledge of the human being and the stimuli that surround him. 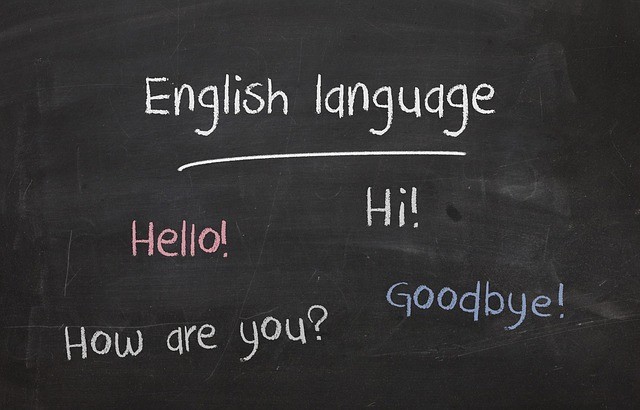 Cognitive processes are the mental processes that allow us to perform any task. They empower the subject to play an active role in the processes of receiving, selecting, transforming, storing, processing, and retrieving information, which enables him to function in the world around him.

The Cognitive Process of Language Is Very Complex

Language is one of the most complex cognitive functions that count human beings. This allows us, among other things, to communicate or exchange thoughts, ideas, and emotions or interact with others, gather knowledge, and so on. For this, language requires the participation of many areas of the cerebral cortex.

The cognitive process of language covers comprehension and enunciation. For spoken language, it is necessary to be able to pass from sound to meaning, and secondly, from words thought to spoken words, from thought to voice.

Language is affected by multiple factors, such as organic, psychological, social, and emotional. There must be among them harmony and normal cohesion to achieve an adequate development of language. The cognitive process of language is a very complex process that requires the interaction of different cortical areas that govern the production and linguistic comprehension of the subject and involves three major aspects: form, content, and use.

The form includes the phonological (eg consonant pronunciation) and morpho-syntactic (eg sentence construction) levels of the language. The content is related to semantic aspects (for example vocabulary). In the use of language, pragmatic aspects are involved (eg non-verbal communication).

1 – Main Steps of the Cognitive Process of Language

The processes involved are:

* Oral compression. Ability to understand the meaning of words and ideas.

* Oral expression. Ability to formulate ideas with meaning and in a grammatically correct manner.

* Reading. Ability to interpret symbols, characters, and images and turn them into speeches.

* Writing. Ability to turn ideas into symbols, characters, and images.

* Vocabulary. Knowledge of the lexicon.

* Repetition. Ability to produce the same sounds like those you hear.

It is an instrument of thought and it will bring us to act or not. For this reason, it helps regulate directed behavior.

It is a means of accessing information and culture.

It is used to transmit thoughts, ideas, emotions, projects…

* Operating system or instrumental. It includes the Broca region and the Wernicke region.

* Semantic system. It covers the large cortical extensions of both hemispheres.

* Intermediate system. It mediates between the two previous ones and is around the instrumental system.

3 – Alterations That May Occur in the Communication Process Due to Different Causes.

Dysphonia. The trouble of the voice can concern its intensity, its height, and its timbre.

Dysarthria. Speech disorders that prevent the person from speaking and sounding properly.

Aphasia. Total or partial loss of ability to speak or understand spoken or written language due to brain injury.

Alexia. Difficulty or acquired inability to read and/or understand the reading.

Agraphia. Loss of the ability to write, by lesion of the nervous centers of writing.

Traditionally, the description of the neuro-anatomical bases of language has been linked to the observation of the effect of various brain lesions on the verbal behavior of people. This type of study has identified some of the most important structures for language production and comprehension. Among them, the region of Broca is distinguished, in the third frontal convolution of the left hemisphere, involved in the syntactic treatment and the motor performance of speech; or the Wernicke area, in the posterior half of the superior temporal gyrus and in the adjacent portion of the medial temporal gyrus, responsible for semantic processing. A third relevant area, responsible for the connection between the two previous areas, is the arched booklet.

The process of language development in children goes beyond the idea of a purely natural acquisition, it involves a complex cognitive work in which various tools are used for its construction. Thus the child, from the first months of life, develops cognitive functions to be able to appropriate the language and, when he receives information from his environment, uses it to understand and treat it.

Identification of attributes. The child through the eyes develops this function when he begins to define and distinguish the people, objects, or events that surround him.

Perception. The child builds the ability to grasp or perceive information through the senses (observe, listen, touch).

Use of symbols as clues. The child develops the ability to recognize what an action represents and gives it a symbol or meaning to represent something.

Mental images. As the child develops, he constructs images to mentally represent a person, animal, thing, or situation.

Internalization. The child appropriates what he perceives, interiorizes it, and constructs his own perception, thus forming part of his internal repertoire.

Development. The child develops the ability to establish relationships or generalizations of what has been learned.

Vocabulary and concepts to identify objects. The child develops the ability to establish a direct relationship between words and objects in his environment.

Name. After performing a process of understanding, the child gives a name or wording to things, so that it gives them a common sense through the appointment.

Explicit communication. From the understanding, the child develops the ability to emit precise language to answer a problem or question.

Verbal rules. In a more complex activity, after the child has established relationships and is able to verbalize them, he develops the ability to use, manage and derive verbal rules.

Language acquisition is a gradual process in which the child develops not only the ability to express language but also the cognitive process of language to understanding and adaptation in which different factors intervene, and highlight among them the processes of thought and the influence of the medium.

5 – The Stages of Language Development

The fetus emerges as a creature capable of experiencing sensory perceptions, a motor activity, exploratory, and even communicative. The auditory sensory experience before birth shapes the neural bases that will lead to better language development during childhood.

Parents, excited by the arrival of the new child, talk to the baby in the womb, read stories, say simple words, or simply “talk” with him.

All these behaviors are positive since they not only begin to form the auditory sense of the fetus, opening the way to later language expression and comprehension but also lay the foundation for an emotional bond that will ensure future social and emotional interactions. communicative.

Although babies do not speak at birth, they communicate needs and feelings through sounds. These sonic productions range from tears, cooing, and babbling, to accidental or deliberate imitation.

Pre-linguistic discourse is the precursor of linguistic discourse and involves a sound production which, although it can sometimes be similar to the language itself, is performed without understanding its meaning. However, adults give the baby’s expressions a real communicative meaning and initiate interactions, conversations, gestures, etc.

The child is already able, to a greater or lesser extent, to produce verbal expressions intended to communicate meanings. This period begins when the child says his first words. The development that occurs linguistically during the preschool years is dizzying and impressive.

In a very short time, children handling a maximum of two or three words will evolve to make sentences in order to generate linguistic constructions similar to those used by adults.

Communicative skills or abilities are understood as a set of the cognitive process of language that develops over the course of life in order to participate effectively and dexterously in all spheres of communication and human society. Speaking, listening, reading and writing are language skills. They allow us to realize ourselves in culture and society, and through its development, we become competent in communication.

Verbal and non-verbal language (cinema, music, painting, etc.), linguistic diversity, gestures, emotions, understanding differences, similarities between speech and writing, and the mediating role of reading, base our ability to understand, interpret and develop communicative content, for the interpretation of the world, the expression of subjectivity and the exercise of our citizenship.

Nonverbal skills are all those that include body language and anything that is not words. It is the art of interpreting symbols and signals communicated by gestures, facial expressions, eye contact, posture, etc. The tone of the voice, for example, is a nonverbal capacity par excellence because it is not the word, but the nuance of the word is the body language of the word.

The ability to understand, re-signify and use non-verbal communication or body language is a powerful tool for connecting with others and the surrounding reality.

Language in Our Brain: The Origins of a Uniquely Human Capacity

This book explains the essential language functions and their brain basis.