The Characteristics of Christian Marriage

Marriage is a recommendation given to humanity. As Hebrews 13: 4 translates it well, saying, “Let marriage be honored by all, and the marriage bed free from defilement, for God will judge immodest and adulterous.” ”

God’s wish and will is therefore that all of his human creatures may marry. Besides, we know of this biblical passage which says: “This is why a man will leave his father and his mother and will become attached to his wife, and they will become one flesh.” (Genesis 2:24).

1. The First of the Characteristics of Christian Marriage – This Is Divine Institution. 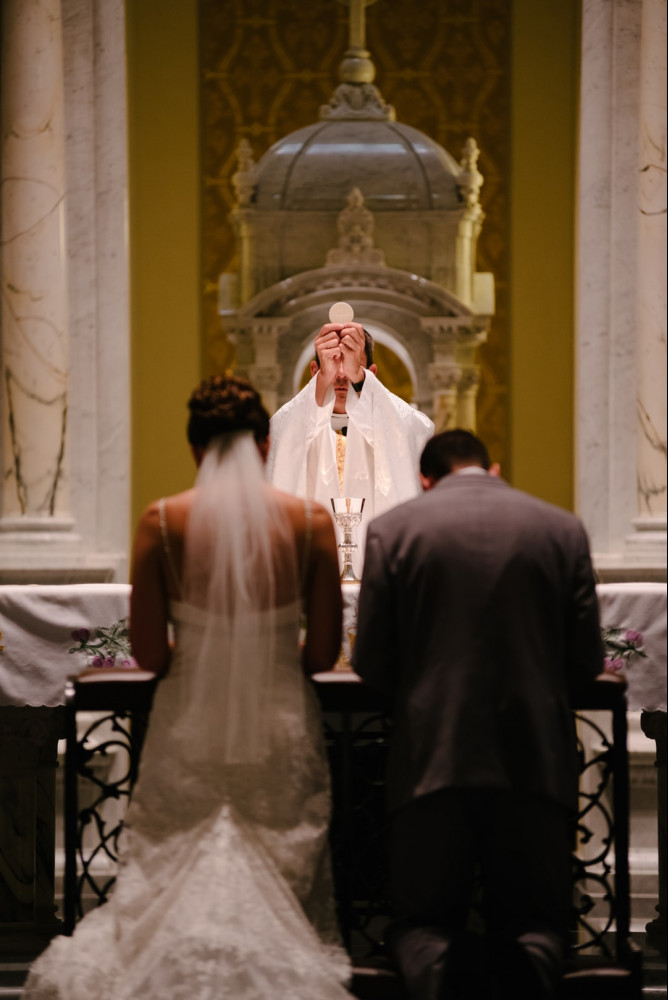 The first marriage of mankind was celebrated by God between Adam and Eve (see Genesis 2: 22-24). Adam gladly recognized that he and Eve were made for each other.

As verse 24 suggests, this compatibility is the foundation of all marriages. Jesus (Matthew 19: 5-6, Mark 10: 7-8) and Paul (1 Corinthians 6:16, Ephesians 5:31) cited this passage in their comments on sex and marriage. Above all, the Bible maintains that marriage comes from God and that it is he who unites, marriage comes from God as a divine institution. Let’s note that marriage was given to man long before sin even entered into humanity.

According to the principles of the Bible, one does not get married to divorce. “The married woman is bound to her husband by law as long as he lives” (Romans 7: 2). Or “what God has united, let not man separate it” (Matthew 19: 6). This implies that the Bible does not advocate divorce. Therefore, it is the Christian’s duty not to rush into marriage. Let him realize that divorce is not advised by its creator.

Marriage unites two people who decide to be accomplices, to support each other in good and bad times. “… They will become one flesh. (Genesis 2:24). That said, they are united by a physical bond, in an affective and spiritual communion (Proverbs 5: 18-19, 1 Peter 3: 7).

In no verse in the Bible has God recommended polygamy. Even though there are cases of polygamy in the Bible, it is clear to say that it was human. No precept, no command, no law authorizes polygamy in the Bible. “… the man … will become attached to his wife” (Genesis 2:24). God’s plan, from the beginning, is monogamy and union between two people: man and woman.

5. A Covenant With the Agreement of God.

Christian marriage according to the Bible, is a sire between two children of God, under his gaze. Hence he says, “Do not put yourself under a yoke that does not match the unbelievers” (2 Corinthians 6:14). And he added: “Woe, saith the Lord, to the rebellious children, who make resolutions without me, and who make a covenant without my will, to accumulate sin upon sin! (Isaiah 30: 1).

God does not want fornication (sexual relations outside marriage), nor adultery (to be with another than its spouse). Free union, cohabitation, trial marriage are incompatible with holiness, with a life that pleases God (see 1 Corinthians 6:18, Hebrews 12:14).

As it is written, “Husbands, love your wife, as also Christ loved the assembly and delivered himself for her” (Ephesians 5:25). It is the first sphere of love according to God, made of selflessness, humility, the spirit of sacrifice or self-giving.

The husband has the authority of the head of the family. “Women, be submissive to your husband, as is fitting in the Lord. (Colossians 3:18). However, the authority that God confers on the husband does not mean that the husband must be his wife as an object or a slave. On the contrary, man is called to reflect the authority of God in his home. A good leader is one who is ready for the well-being of his subjects. But not the one who spends his time humiliating them, crushing them and depriving them of their freedom. That women too, regardless of their rank and place in society, will be useful to their husbands and to humanity. That she respects the authority of her husband.

9. The Presence of God

Even in marriage, each spouse does not forget that they are related to the Lord. And a Christian home has a duty to fear God and to honor Him with their married life. To associate God in his home is to invite the father of lights to light up our house and our lives. According to the book of Ecclesiastes 4: 9, 12): “Two are better than one … and the triple rope does not break quickly. Let the husband and wife be one in Christ Jesus (see Galatians 3:28). That is to say, make God the pillar of the success of your home.

“This mystery is great … in relation to Christ and to the assembly” (Ephesians 5: 32-33). That said, the union of Christ and the Church serves as a model for marriage between a man and a woman. A word of advice: “Let women seek men who have the knowledge and the fear of God. Let men seek women of prayer. Thus, the husband will be an educator for his wife and the wife’s support for her husband.