The Book of Proverbs: A Rare and Practical Wisdom

The title of the book of Proverbs originates from its Hebrew name Míshlê Shelomoh (Proverbs of Solomon). It is indeed common in the Hebrew Bible to name books by the content of these. Greek and Latin translations name the book differently. The Septuagint calls it paroimai paroimiae (proverbs). In Latin, the Vulgate calls it “proverbial”. Over time, the name Solomon came out of the title. Thus, the title reflects more on the content than the supposed author of the book.

The book of Proverbs (Hebrews משלי lit. parables) is a book of the Ketuvim (third section of the Hebrew Bible) and the Old Testament poetic books. Tradition attributes it among others to the King of Israel Solomon.

Proverbs is probably the most practical book of the Bible. His education prepares us for the street, instead of the market, and not at school. (Proverbs 1: 20-21 expresses it in a poetic style). This book provides good advice as you grow up in a good family: a practical guide to help you succeed in life. In short! It is the book of wisdom – not just any wisdom, but rather rare and practical wisdom.

It deals with small and big issues: chatter without control, visiting too often its neighbors, and showing great kindness very early in the morning. 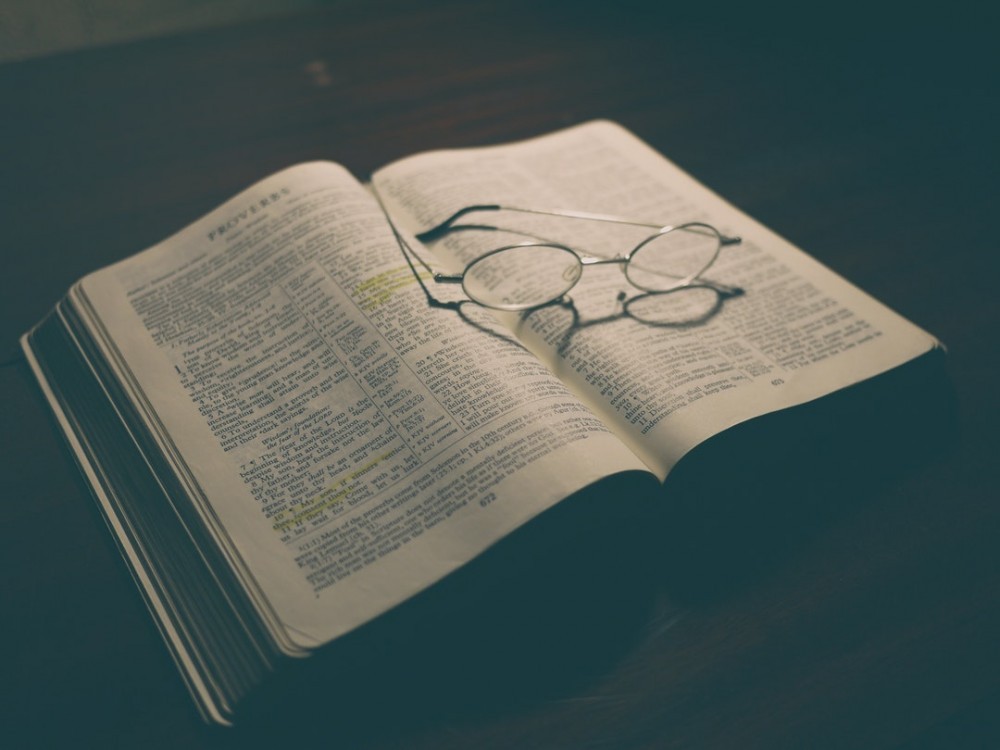 The first nine chapters, which explain the purpose of the wisdom of Proverbs, are written as the advice of a father to a son. This paternal voice says fifteen times: “my son”. Some of these tips seem particularly appropriate for young people: warnings against criminal associations, for example, or serious warnings against extramarital sex. A father’s advice can easily turn into “do not do this, do not do that. But the paternal counsels of Proverbs do not bother with the rules. This father is rather trying to help his son develop a love for the best things in life – as his father did for him. This love for the better and especially for wisdom – begins with listening to the advice of his father, and goes beyond the respect of the instructions. The love of wisdom becomes an endless search, likely to make you wise as your parent.

But, the central message of proverbs concerns everyone, the elderly or the young: “seek wisdom at all costs.” It is a call to work our thought and our ears to seek the right way of life.

Of course, chapters 10 to 24 contain a collection of sayings about the good and the bad way of living. The rest of the book, that is, chapters 25 to 29 contains proverbs from Solomon transcribed by the people of Hezekiah, king of Judah. Chapter 30 summarizes some thoughts of a certain Agur. Chapter 31 describes the qualities of a worthy woman.

Written by eminent Old Testament scholar Bruce Waltke, this two-volume commentary is undoubtedly the most exhaustive work on Proverbs.

Virtue Is Not His Only Reward

Anyone can find exceptions in the generalities of Proverbs. For example, Proverbs 28:19 states that “he who cultivates his field is satisfied with bread, but he who pursues vain things is full of poverty.” Yet hard-working farmers know the family in times of drought, and dreamers sometimes become rich.

Proverbs simply show how things often happen in life. You can look at exceptions after learning the rule. Try to live by these exceptions, and you will run to disaster.

The rule is that godly, good-natured, hardworking, and wise people will reap many rewards. Indeed, those who learn the pious and practical wisdom of Proverbs not only sleep well but they succeed and can help their family and friends. Fools and scoffers, although they seem to succeed, will suffer the consequences of their lifestyle.

Most of the practical advice of Proverbs does not mention God, and his interest in success may, therefore, seem very secular. But if you take this book as a whole, it is clear the lifestyle that Proverbs teaches depends on a holy fear of God (Proverbs 1: 7), which touches every aspect of life (Proverbs 3: 5-7).

Proverbs candidly admit that the right path will not be chosen by a large number of people: it is easier to live in neglect than to live in piety. But those who choose to live by Proverbs will experience success, security, and more: they will know God in person. From which it is written, “Then you will understand the fear of God, and you will find the knowledge of God.” (Proverbs 2: 5)

In the following lines, I invite you to go through the main points of the practical wisdom teachings of the book of Proverbs.

Some Practical Lessons from the Book of Proverbs

Proverbs continually use these words to define “the bad character” that we must all avoid. Who are they?

The “simple” is the most harmless group: they live without thinking and are very lazy to change. But like the others, they will end badly. “Singles” change hard because they do not listen to anyone. However, a single lesson can bring them back on the right path: to see one of their “big friends” be punished.

The “foolish” are smarter but are aware that they live by their own wisdom, without following the advice. Did you know? Even a genius can be insane!

In modern French, fools are people without reason. But the word “foolish” has another meaning in the Bible. Foolish people can have a high intellectual daily life. People can even admire their multiple successes. Yet a wise person considers the disaster wisdom that God gives them, preferring to follow the crowd or their vain opinions. They can say they are very intelligent, but their intelligence will plunge them into misfortune.

The most severe warnings of Proverbs are not for the immoral, but for those who might become foolish. If you develop such a character, no set of rules can save you from misfortune. A wise person must learn to recognize a fool from afar and walk away from his path.

The “mockers”, the worst of these three groups, are rebels to God who show their pride to everyone. They make fun of God, but in the end, he will make fun of them (Proverbs 1:26). 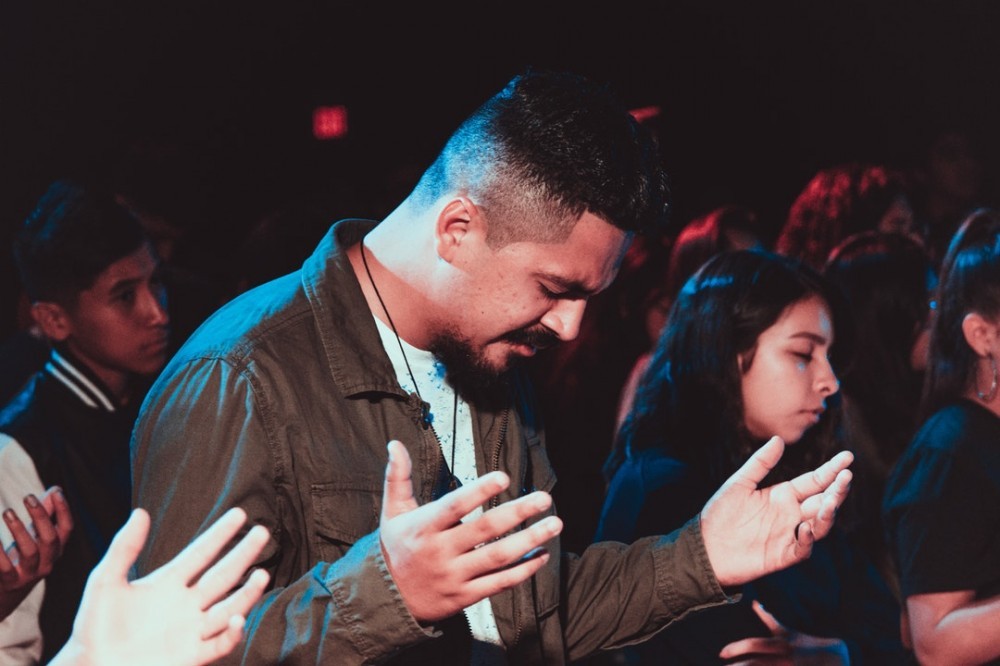 Proverbs judges every thought or action by a standard: “Is it wise”? The term wisdom is reminiscent of white-haired elderly mumbling obscure philosophical maxims. But it’s almost the opposite of what Proverbs means by this word.

Wisdom is above all practical and down-to-earth. Young people, as well as older people, should have it. It combines intelligence and discipline – the kind of discipline an athlete needs while training. It also contains a good deal of common sense – except that common sense is not, and has never been the most shared thing.

How to become wise? You must start by listening. Wisdom is freely available to those who stop chatting and begin to listen to God and His word, their parents, and wise counselors. Anyone can become wise; says Proverbs. Wisdom is not reserved for the intellectual elite. But becoming wise requires self-discipline to study and humbly seek wisdom on every occasion.

Did you know? Even the truth can destroy others. Indeed, what is wrong with talking as long as you do not tell lies? Proverbs see many dangers there. Words have power, they can destroy lives. That is why they must be weighed well before being pronounced. Even the truth can hurt. Yet she can also save a friend from the mistake. Proverbs emphasize the dangers of gossip and the benefits of a just reprimand addressed to a friend. “Death and life are in the power of language,” says Proverbs 18:21, “whoever loves him will eat the fruit. Proverbs teach the art of speaking to give life.

Becoming lazy requires little effort. The lazy do not want to do anything. He spends his time turning in his bed; Proverbs says he turns there like gons. A false excuse like this: “there is a lion in the streets! – will prevent him from going to work. The lazy always have excuses for not working. At first sight, some proverbs, like Proverbs 26:13, appear incomplete and unimportant. But this proverb skillfully reveals the habit of a lazy to see dangerous obstacles to each project and apologize in an incredible way. He will not go anywhere; will not even come out of his house because his imagination magically conjures up all the problems he may encounter.

Proverbs make fun of the lazy but use them to teach good lessons. You can easily become like him because it does not require too much effort. “A little sleep, a little drowsiness, a little crossing your arms to sleep. »Cancel his projects, apologize, sleep, sleep: who does not fall sometimes the victim of these tendencies?

What are the consequences of such a life? There are Poverty, frustration, and broken relationships. The lazy desire the good things that come from work, but never get them. “The desires of the sloth kill him” (Proverbs 21:25).

(6 -) a Realistic View of Wealth and Poverty

“The poor are lazy,” someone said. Another person says the opposite: “There are poor people because the rich control the system. ”

People tend to make simplistic arguments when discussing wealth and poverty. Curiously both parties can even quote Proverbs to support their point of view.

You must read the set of Proverbs to understand its subtle position. He says that people are poor for a variety of reasons: laziness and drunkenness, but also because of the oppression they suffer from the rich. Also, people become rich in many ways: work, the blessing of God, and deception.

Proverbs take an unbiased stand on what money brings to people. Wealth produces benefits, including greedy friends, but it is also a source of misfortune and worry, he says.

Proverbs urges the rich and the powerful to be generous and just to the poor. But it remains remarkably realistic about the confusing causes of poverty and the dangers and benefits of wealth. 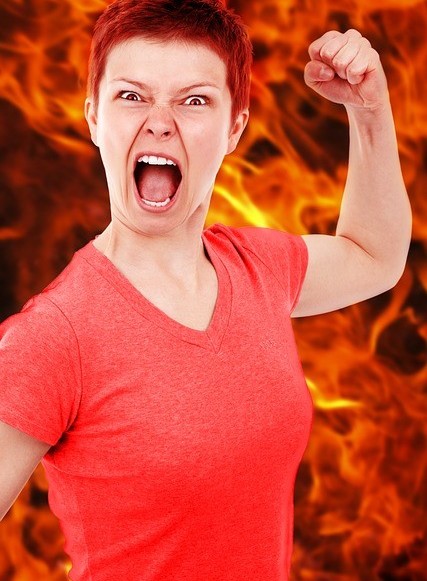 Did you know? Your attitude of the heart can destroy you.

By Way of Conclusion: How to Read the Book of Proverbs?

People like to quote Proverbs, which often express beauty and finesse the truth about life. You will find more humor in Proverbs than in any other book in the Bible.

Yet Proverbs can also be the most misused book of the Bible. People often quote proverbs as if they were absolute promises from God or strict rules of life. Indeed, few proverbs must be read this way. And some, read in isolation, will give you twisted ideas.

To understand Proverbs, you must not seek those you love. You must study the entire book to know its general point of view. It takes time because Proverbs in details dozens of topics.

Each of the more than 500 proverbs is a hard nut that you must break to remove the pulp. Read Proverbs slowly, but not chapters at a time.

Some people like to read a few proverbs every day in addition to their regular Bible readings. Others, on the other hand, focus on memorizing proverbs, so that they can be meditated throughout the day. Whatever technique you use, remember two things: think deeply about each proverb, and try to place it in a broader context of the teachings of the entire book of Proverbs. […]

As a reminder, the book of Proverbs is divided into two major parts: an introduction in the first nine chapters and the proverbs themselves in the other 22 chapters. If you skip the introduction, you will not understand the meaning of Proverbs as a book. He presents “Lady Wisdom” and explains what she can do for us.