The Ancient Egyptian Sun God Ra and Its Significance

The ancient Egyptian sun god Ra represented the Sun of the creator. Ra is the one who gives light and life to the earth and man, and Pharaoh is his representative on earth, which is why he is called the son of Ra or the Son of the Sun.

The myth says that Ra looms behind Manu, the mountain of the sunrise, and during the twelve hours of the day begins his journey with the boat Manjet – a boat of a million years.

During the twelve hours of the night, Ra travels in another boat called Mesektet, and his enemy Apep (Apophis), a snake that lives in the depths of the celestial Nile, tries to swallow his celestial boat. Ra always wins and throws Apep back into the abyss. Thus Ra reappears every morning as the newborn Sun.

The Egyptians worshiped the Sun in various appearances: Khepri (Khepera) is the rising Sun and is depicted as a scarab or a man with a scarab-shaped head.

The Ancient Egyptian Sun God Ra Is the Creator 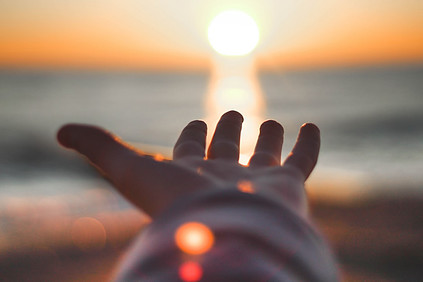 Just as Atum is the ideological originator of creation, Ra is the creator – the Sun. We must distinguish between Ra as the supreme creator of the cosmos, Paradise as the deity of the Sun, and Ra as the deity in man. This difference is seemingly quantitative, but it does not exist qualitatively because the creator is reflected in everything.

The best approach was taken by those Egyptian sages who painted it in the shape of the Sun. For them, the Sun was only a visible symbol of God. Everything contained in the supreme God – the Creator (Ra) is also contained in the Sun and man. Everything that the ocean contains also contains a drop. “As in the big, so in the small,” Thoth Hermes said.

Ra begins with a creation initiated by Atum. The world is coming into a state of manifestation in order to re-engage in the unmanifested and thus in infinity after many eons. In this sense, Paradise is symbolized by the bird Phoenix, which burns completely so that it can be reborn from its own ashes after a certain time. The Phoenix is ​​a characteristic symbol of self-creation, creation through death, and at the same time reincarnation.

From the ancient Egyptian sun god Ra comes the first pair of gods of the Heliopolis ennead:

Shu (Air) and Tefnut (Space). Air is a symbol of life energy that permeates all space. There is no space in which there is no life at all because these two gods are inseparable and came into being together. Shu and Tefnut give birth to Geb and Nut – Earth and Heaven. Geb and Nuth give birth to four children: Osiris, Isis, Seth, and Nephthys – the first gods to have any connection with humans.

Ra as the Sun travels the sky every day in a boat from “a million years” and defeats his enemy Apep (Apophis); night and darkness, injustice and untruth. From the tears of Ra’s eye came men.