One of the most popular and revered folk saints is Saint Florian, the patron saint of firefighters. Many churches are dedicated to him. His image adorns many firehouses, holy masses are offered in his honor, and processions are held.

Short Biography of Saint Florian, the Patron Saint of Firefighters 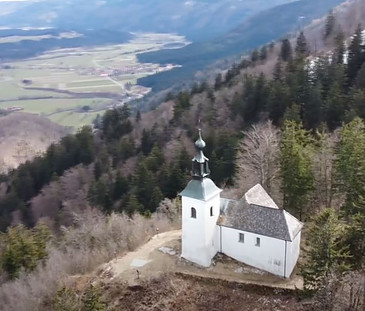 He was born in the 3rd century, around 250, in the present-day village of Zieselmauer near Vienna in Austria. He died on 4 May 304 in Lorch, also in Austria. Little is known about his life, only that he was supposed to be baptized and brought up as a Christian. He lived and worked as a Roman officer in the town of Aelium Cetiumin (Sankt Pölten) and then became head of the office of the Emperor’s Deputy in Roman Lauriak, today’s Lorch near Enns in Upper Austria. He lived and worked during the reign of Emperor Diocletian, under whom terrible persecution of Christians broke out.

Why Was He Arrested?

When over sixty Christians were arrested in Lauriak, most of them soldiers, Florian stood up for them and tried to save them, but they also arrested and imprisoned him. The soldiers first beat him and then tore the meat off his shoulders with a sharp iron. Eventually, a heavy stone was tied around his neck and thrown into the waves of the Enns River. Legend has it that Florian knelt on the bank of the river and prayed, and none of the soldiers dared to push him into the deep river until a young man rushed up to him and pushed him to turn into the river. When he looked behind him, however, he was suddenly wholly blind. According to legend, Florian’s flooded corpse was guarded by an eagle until a widow named Valerie buried it on her estate.

Later, a chapel was built over his grave, followed by the famous monastery of the Augustinian canons. His relics are also in Rome and Krakow.

He is best known as the patron saint of fires and floods and is revered by firefighters, blacksmiths, chimney sweeps, brewers, coopers, potters, and soap makers. He is a protector against drought, against the barrenness of the field, against storms, against burns; Upper Austria, Bologna, Krakow, Linz, the diocese of Chur in Switzerland. He is also one of the 14 “emergency intercessors” to whom people turn in various afflictions. In our firehouses, he is most often depicted as a Roman soldier, with a spear and a flag in his hand, extinguishing a burning house or church (city) with a water bar. However, we can also find his depiction with a millstone.

How Saint Florian, the Patron Saint of Firefighters, Is Connected With Love

Without love, it is impossible to be a firefighter because when a call for help comes at an impossible hour, there is no question of whether I love or dislike the one who needs help. The character of firefighters is to help people in an accident, no matter the time and situation at that moment. Let us, therefore, remember both the heavenly firefighters and the living, with the desire that the Almighty continue to protect them in their noble mission. This is one of the reasons why firefighters used to greet each other with: “In honor of God – for the benefit of the nation”, and let it remain so.