Religion Is Based on Fear and the Need for Certainty

Religion is based on fear and the need for certainty. God just puffed us into existence several thousand years ago? Which is very easy to understand; very simplistic. I mean, think about the options you have on the table here. Do you believe that God, the stories in Genesis? 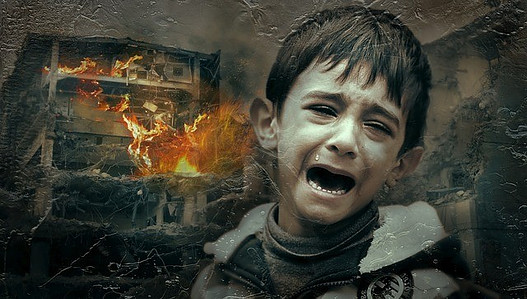 Or do you believe that nature guided us into existence, you know, over the course of millions, billions of years if you go back to the microbes? And that explanation, where the evidence backs it up, is a lot harder to understand. You have to put a lot of thinking into understanding how evolution works. There’s a lot of stuff we don’t know about how it works. How that very first organism even come into being? There’s a lot more uncertainty with evolutionary thinking. Whereas Genesis accounts for the story of creation, the story of Adam and Eve, and even if you believe that, this idea that God just created us, doesn’t take a lot of thought. You just have to believe it. And so, for people to say, “Oh, evolution’s coming along, and I need to believe in that.” That requires them to let go of something they always believed in, that they always knew the answer to, and jump ship to this thing where we don’t know everything about how it works, and why it works, and all the mechanisms of it.

Indeed, We Don’t Know Everything, but Anyway, Religion Is Based on Fear

But, you know what? I’m okay with that because that’s exciting for me. There’s more to learn. We don’t know everything. That to me is exciting. And not to mention the fact that the evidence just supports it. Whereas the evidence doesn’t support anything, the bible says in regards to creation. But you can understand why people would be afraid of believing in evolution after a lifetime of believing that God created us. Remember, the point of all this is not to give any justification to why people should believe in God, but to point out that there are reasons why people don’t quickly accept evolution, even though you can throw mountains of evidence at them, and they’re still not going to accept it.

The Republican War on Science

Chris Mooney, the author who wrote “The Republican War on Science”, has this article up at Mother Jones magazine where he goes over seven reasons why people are more likely to believe in God than evolution. And it’s actually a great article because it shows you that there are a lot of smart people out there, but they have reasons, that they think are legitimate, for not wanting to accept evolution. And so I thought it would be helpful. Let’s go over some of these reasons because those are things that we, as science advocates, have to put up with. And we have to find a way to overcome that, at least in the way we talk about science, if we really want to get people to accept evolution.

And what I think Chris Mooney was trying to show us is that there are reasons that people are afraid to jump ship to evolution. That doesn’t mean they’re all excellent reasons. It doesn’t mean those are good defenses. But it means if we want to be good science communicators if we want to convince people of why they should accept evolution, we have to understand those are some of the significant obstacles that we have to help them overcome if we want them to, you know, accept the evidence.

Religion Is Based on Fear and on a Misunderstanding

Everything that people think or do is related to meeting the needs that they feel or escaping from pain. Escape from fear. This is why religion based on fear. This should be kept in mind when we try to understand the spiritual or intellectual movements and the way in which they evolve. Because sensation and longing are the instincts of the forces of all human effort and productivity – regardless of how great latter can be presented. What are the feelings and needs that led mankind to religious thinking and religion in the broadest sense? If we think for a moment, then we see that in the cradle of religious thought and experience there are very various emotions. For primitive people, fear is the one that awakens religious ideas – fear of hunger, wild beast, sickness, and death. Since the understanding of causal connections is usually limited to this level of existence, the human soul invents a being that is more or less similar to itself and from whose will and operations are dependent on experience, which they are afraid of.
The man hopes that he will gain the favor of this being with acts and sacrifices, which, according to the tradition of the race, will calm the creature or encourage his affection for the people. I call it a religion of fear. And again, this is why religion based on fear. This religion grew to a considerable degree – even though it did not trigger it – by forming a priestly caste that claims to mediate between the people and the being that they fear, gaining the position of power. Often, a leader or despot or a privileged class, whose power is preserved in other ways, connects the functions of the priesthood with their own secular rule to ensure greater security for themselves.

Mr. Einstein has said something like this, and I very much agree with him.
“I can not imagine a God who rewards and punishes the objects of his creation, whose purposes are shaped by our own weaknesses – God, in short, which is merely a reflection of human fragility. Nor can I believe that an individual survives the death of his body, even though the weak souls are nurturing such thoughts because of fear or ridiculous selfishness. ”

My name is Jože Tomšič, and I write for WEDDINGINCANA.COM Please, leave your comments and thoughts below, and we will check them out.