The ability to know where we are and where we need to go is essential to our survival. And our brain navigation system allows us to do that. Without it, we, like all other animals, would be unable to find food and reproduce.

Like the GPS in our phones and cars, our brains assess where we are and where we are going by integrating multiple signals about where we are and how much time is passing. Normally, the brain performs these calculations with minimal effort, so that we are barely aware of them. It is only when we are lost or when our ability to navigate is degraded by injury or neurodegenerative disease that we realize the importance of this mapping and navigation system to our existence.

Over the past few decades, scientists have gained in-depth knowledge of how the brain forms these maps and revises them as the animal moves. Recent work, carried out mainly in rodents, has revealed that brain navigation systems are made up of several types of specialized cells, which constantly calculate the position of the animal, the distance it has traveled, the direction in which it has traveled. advance and speed. All of these different cells thus form a dynamic map of the local space, which not only operates in the present but can also be stored for later use. 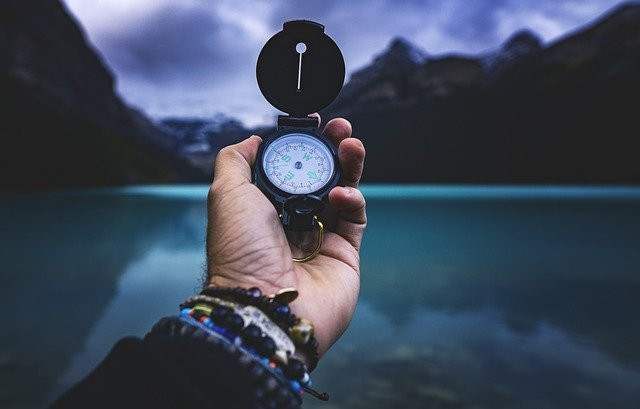 May-Britt and Edvard Moser of the University of Trondheim, respectively psychologist and neurophysiologist by training, more than thirty years later, in 2005, discovered another key element of this internal GPS system of the brain, identifying again in the rat, other cells, which they called “grid cells”. Located in an area of the brain close to the hippocampus – the entorhinal cortex -. They found cells there that were not active in one place but activated when rats passed multiple points in the environment. Each of these cells activated in a unique hexagon-shaped spatial pattern.

These specialized cells constitute a coordinated system allowing navigation in space, divided according to a hexagonal grid. This system divides the environment into latitudes and longitudes which essentially gives an idea of its location in relation to its starting and ending point. This organization shown in rats has its equivalent in humans.

This network of nerve cells has since been found in other rodents, bats, monkeys, and humans, and is likely to be present in most mammals.

Areas of the Brain Involved in Orientation

The pre-frontal cortex. This area is responsible for controlling our impulses, and it would appear that it does not develop fully until late adolescence and participates in orientation as it is responsible for making decisions. The pre-frontal cortex is the part of the brain that has the final say on which street to take. When we mix up several different paths, he is also going to decide which one wins.

The striatum. It is he who listens to the pre-frontal cortex when we walk in places we do not know. In addition, it stores time and distance information in the hippocampus, where the famous locating neurons are located, which allows us to download new maps into the striatum.

The parietal cortex. He takes care of the direction and the meaning.

The entorhinal cortex. It locates us in relation to a point of reference, such as the place where we parked the car.

The cerebellum. It takes care of coordinating the motor part with what the pre-frontal cortex has decided.

In counseling, other structures are also involved, such as the limbic system which triggers anger or nervousness when our spouse does not trust our brain GPS.

To your power brain,