Malaria in Pregnancy-From Causes to Prevention

Malaria in pregnancy is mainly manifested by problems of anemia, although respiratory or neurological manifestations are also common. Infection of the placenta is also a factor in fetal growth retardation, which results in infants who are usually full-term but with low birth weight.

Malaria in pregnancy poses potential risks to the life of the mother and fetus. Therefore, a pregnant woman diagnosed with malaria should receive immediate medical attention to reduce the risk of pregnancy.

Studies show that pregnant women are more prone to malaria infection than non-pregnant women in tropical and developing countries.

Non-immunized pregnant women are at high risk of malaria. Malaria disease can produce high rates of abortion and result in annual maternal mortality of more than 10% (up to 50% in case of serious illness).

Semi-immune pregnant women are at risk for severe anemia and fetal growth retardation, although they do not show any signs of acute illness. An estimated 200,000 infants die each year as a result of malaria acquired during pregnancy. 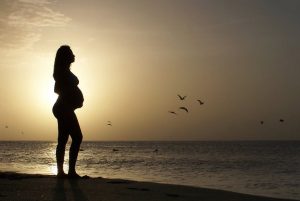 What Are the Causes of Malaria in Pregnancy?

Malaria is predominant in the tropics. In general, this infection breaks out during the monsoon season because it is the basis of mosquito breeding. Factors such as humidity, temperature, and precipitation play an important role in the occurrence of malaria.

The symptoms and complications of malaria in pregnancy vary according to the intensity of malaria transmission in a given geographical area, as well as the individual level of acquired immunity.

Other possible reasons are:

Loss of immunity. Pregnancy weakens a woman’s immune system, in general, because of the decrease in immunoglobulin synthesis. This makes the pregnant woman vulnerable to malaria.

The placenta. The placenta is a new organ that develops inside the body. It allows the infection to cross the circle of immunity and also allows to multiply the specific phenotypes of the placenta.

Transmission zones. Women in areas of stable/high transmission must have acquired immunity against malaria. As a result, the chances of getting an infection are lower. However, in areas of unstable/low transmission, women have a lower level of immunity, which increases the risk of infection.

HIV infection. HIV-infected women are at high risk of contracting malaria because of their low level of immunity.

What Are the Complications of Malaria in Pregnancy?

Vertical transmission. Another obvious risk is that the infection spreads from mother to baby. Doctors recommend testing newborn blood after delivery to rule out infection.

Researchers from the Shoklo Malaria Research Unit, which is part of the Wellcome Trust-Mahidol and the Oxford University Tropical Medicine Research Program, according to a study published in February 2012, used ultrasound to provide the first direct evidence of the effect of malaria in pregnancy on fetal growth.

The survey of nearly 3,800 pregnancies was conducted at the border between Thailand and Myanmar (Burma). Low birth weight is the main risk factor for neonatal mortality in developing countries and highlights the importance of preventing malaria in pregnancy.

Prenatal ultrasound, essential for accurate dating of pregnancy, is increasingly available in developing countries. The technology also allows doctors, or trained workers, to measure the diameter of the fetal head. In infections that occur in early pregnancy, researchers believe that the size of the head may be the most appropriate indicator of growth restriction.

Ultrasonography revealed that the diameter of the average fetal head was significantly lower when a malaria infection occurred during the first half of pregnancy, compared to pregnancies not affected by malaria.

On average, fetal heads were 2% smaller when affected by malaria. This can increase the risk of miscarriage and affect the child’s health as an adult.

However, although a single episode of early malaria, detected and well treated, had an effect on the size of the fetal head in the middle of the first trimester, this effect was not observed at delivery, suggesting early treatment with effective drugs may allow recovery later in pregnancy.

The researchers conclude that malaria prevention strategies during pregnancy focused on the second half of pregnancy when the greatest weight gain of the fetus takes place, but the study suggests that efforts need to be expanded to focus on the first trimester, and ensure that the pregnant woman knows the risks of malaria in pregnancy, in order to be able to offer preventive drugs.

Pregnant Women Infected with Malaria Do Not Have Immunity

A study conducted by researchers from the Barcelona Institute of Global Health (ISGlobal) and the Manhiça Health Research Center (CISM) in southern Mozambique, published in the New England Journal of Medicine in October 2015, revealed that infected women have suffered more anemia and babies are born with less weight.

They studied about 2,000 pregnant women who attended the Manhiça District Hospital (Mozambique) between 2003 and 2011 and then participated in clinical trials of preventive treatment of malaria in pregnancy. The researchers found that the decrease in the incidence of the disease was accompanied by more serious infections with very harmful effects on the health of women and newborns.

One in two women with severe malaria eventually dies and a small amount of hemoglobin in the mother’s blood during pregnancy helps slow the growth of the fetus, born with low weight. Every year, about 100,000 babies die in Africa during the first months of life for this reason.

Infected women do not have immunity, resulting in higher parasite density and greater harm.

Researchers at the Washington University School of Medicine in St. Louis, USA, whose work was published in the Journal of Experimental Medicine in July 2017, showed that an antimalarial drug protects the fetus from a viral infection.

By studying gravid experimental models, they discovered that the antimalarial drug, hydroxychloroquine, effectively blocks viral transmission to the fetus. This drug is already approved for use in pregnant women for other medical purposes, to reduce the risk of Zika virus infection and disease in developing fetuses.

The devastating consequences of Zika virus infection occur in the uterus, where the virus can cause brain damage and sometimes death.

In late 2015, doctors in Brazil began to notice an increase in the number of babies born with microcephaly, or an unusually small head, an indicator of neurological damage. The epidemic quickly became linked to the mosquito-borne Zika virus, which spread throughout the tropical regions of the Americas. Doctors advised pregnant women to avoid mosquito bites using insect repellent and long-sleeved clothing. There were no, and still are, no approved drugs or vaccines for pregnant women to protect their fetuses against Zika virus infection.

The developing fetus is only vulnerable to the damage of the infection, so the body mobilizes robust defenses to prevent the microbes from reaching the fetus in the first place and the placenta is the last line of defense. A process is known as autophagy – the pathway for removing cell debris by which cells crush wastes, unwanted organelles, and invading microbes – is an important part of the tremendous barrier the placenta poses to infection. However, Zika can not only invade the placenta but multiply there.

The researchers verified these results using mice whose autophagy response was limited by low levels of a key protein of autophagy. They infected two groups of pregnant Zika mice: one in which the autophagy process was interrupted and the other in which it functioned normally.

They suggest that the Zika virus takes advantage of the autophagy process in the placenta to promote its survival and infection of placental cells. Since hydroxychloroquine suppresses the response of autophagy, researchers wondered whether it could also protect fetuses from Zika and, to find out, repeated the experiment in mice using only animals with a normal response to autophagy. Experimental female models on day 9 were infected with Zika, then treated with hydroxychloroquine or placebo daily for the next five days.

After treatment, scientists detected significantly fewer viruses in the fetuses and placentas of rodents that received hydroxychloroquine.

In addition, these placentas showed less damage and the fetuses returned to normal growth. Untreated and treated mothers had about the same amount of Zika virus in their bloodstream, indicating that hydroxychloroquine was able to protect the fetuses even when the virus was circulating through the mother.

Drugs that suppressed autophagy reached fewer placental cells infected with the Zika virus. In other words, the virus multiplied and spread more efficiently when researchers adjusted the barrier response and performed it more slowly when they controlled it. The virus seemed to be doing a form of microbial martial arts, turning the body’s weapons to its advantage.

How to Prevent Malaria in Pregnancy?

Indoor fumigation with residual insecticides: to kill mosquitoes on walls and roofs of houses.

Intermittent preventive treatment (IPT). WHO recommends intermittent preventive treatment with sulfadoxine-pyrimethamine (TPI-SP) in moderate to high-risk areas of malaria to periodically remove parasites that may be present in the placenta. Antimalarial drugs during pregnancy are safe but should be taken under the supervision of the doctor. We must strictly follow the course of medication and take the doses prescribed by the doctor. Malaria is preventable and curable.

Use of light-colored clothing. In general, mosquitoes are attracted to dark colors. Pregnant women living or traveling in areas prone to malaria should wear light-colored long-sleeved clothing to prevent skin exposure.

Stay in cool areas. Stay in areas with fresh air or conditioning, as mosquitoes cannot bloom at cold temperatures.