Jesus Is the Only Way to the Father in Heaven

Jesus’ death was inevitable, as the cruel execution on Golgotha was, in a way, at the heart of God’s plan. Jesus was born to die on the cross. But that was not the end of it; Jesus rose on the third day. The resurrection is proof that Jesus was indeed the Christ-Savior. Without the resurrection, there would not be Christianity. And the resurrection of Jesus tells us that Jesus is the only way to the father in heaven.

This well-reasoned small book addresses the four significant issues that pluralists find most troublesome within Christianity, ultimately confirming that Jesus is indeed the only way.

Click here if you wish to read this book.

The Inevitability of the Cross 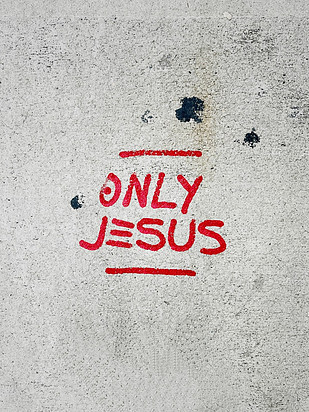 With his teaching, Jesus undermined the narrow-minded faith of the Jews. He exposed the spiritual depravity of the leaders and thus aroused their envy. Because he had masses of people behind him, he threatened the then authorities – the Roman invaders and their Jewish supporters. His death was, therefore, inevitable. However, the main reason for Jesus’ death was that God had a particular purpose for it. “For God so loved the world, that he gave his only begotten Son” (John 3:16).

The cross of Christ has cast a shadow over the entire history of the world and humanity. One single event has changed the lives of countless people in different parts of the world so much and for so many times that without it, we cannot even imagine the history of humanity. If Jesus was indeed the Son of God, something significant must have happened during his death. It was incomprehensible that such a good and noble man was executed like an ordinary criminal. If the love of God was revealed more than ever at the crucifixion, human depravity was also shown. The early Christians claimed that the crucifixion of Jesus completely changed their lives. Some assured that all their sins were forgiven with his death, while others assured that they found peace of mind and reconciliation with God. So what happened?

Suffering affects us the most in life, especially the suffering of the innocent. If God loves us and His creation is good, why is there so much sorrow and misery everywhere?
The answer is not simple. Sickness, injustice, suffering, and death appear in life only with sin and result from God’s hatred. Why, however, God does not do anything, we lament. He already did! When Jesus came into this world, he did not escape suffering. Not only that, he even sank into it to the bottom and accepted all the humiliations. Later, the Apostle Peter sets the example of Jesus’ death as an example of how to deal with injustice: “When he was humiliated, he did not return the shame when he suffered, he did not threaten, but left everything to him who judges righteously” (1 Peter 2:23). ).

On the Friday before Easter, the body of Jesus was laid in a rocky tomb. It disappeared on Sunday. The students were completely unprepared for this surprise. The Jewish nobles bribed the guards guarding the tomb to say that they had fallen asleep and that some of Jesus’ disciples had stolen the body.

Did the Disciples Steal the Body?

In the gospel, we meet confused and frightened disciples. The grave was guarded. There was certainly no one among the disciples who could plan and carry out this robbery.

Did Jewish or Roman Leaders Intervene?

For the Roman governor, the whole affair was over with his death. But if the priests could persuade him to change the place of the tomb, wouldn’t they indeed shut the mouths of Jesus’ disciples by showing them his remains? However, neither of them knew where the body was, and this is perhaps the most convincing.

Jesus Began to Appear to the Disciples

Mary of Magdala was the first to see him. The Gospel of John says she wept at the empty tomb. When the risen Jesus appeared before her, she first thought she saw a gardener through tears! If someone had invented this, John would certainly not have mentioned this detail and would not have chosen a converted prostitute as the first witness to the resurrection.
A little later, on the same day, Jesus joined two of his disciples who were returning to their hometown. Luke gives several details that lead us to the truth. The disciples did not immediately get to know him, although it became hot in their hearts as he explained the Bible to them along the way. But when they invited him into the house and broke the bread in front of them, their eyes were opened, and they knew who he was (Luke 24: 13-35).

Did Jesus Only “Come to Life”?

Perhaps, however, Jesus never really died but only lost consciousness due to excessive blood loss? Maybe he recovered so much in the cold grave that he managed to get out?
This assumption does not take into account the fact that the Romans double-checked his death. The soldier pierced Jesus’ side to make sure he was really dead. Could a brutally beaten and crucified man have recovered enough to push off the rock that closed the tomb, defeat the guards, and set off with wounded legs? If he could do all this, it would be a miracle in itself.

Did the Disciples Have Illusions?

Everything we know about the resurrection shows that the disciples did not expect it in the least. The reunion with Jesus was undoubtedly the last thing they expected.
Perhaps, however, Mary Magdalene was so distraught and just thought she saw a ghost! But she was not the only witness. The risen Christ was also seen by the stubborn toll collector Matej, the rude fisherman Peter, and the unfaithful Tomaž. On another occasion, as many as five hundred people saw Jesus of Nazareth alive after his death on the cross.
Jesus appeared not only in the deceptive morning light or evening twilight, but at different hours, in different places, and with very different people.

Jesus Rose From the Dead

A small group of Jesus’ disciples realized that anything other than surviving the crucifixion had happened to Jesus. When they saw him again, he was not a pale-faced cripple who was slowly recovering from horrific torment. He showed up in brilliance as a winner! However, it was not vaguely shown. They saw him clearly and heard him distinctly. They could have touched him. He also ate. It was the same Jesus they saw hanging on the cross. Signs of his suffering could still be seen and touched.
Now he was somehow on the other side of death. God raised His Son from the grave. Jesus now has a resurrected body; it is a spiritual body: different, mysterious, yet recognizable.

What does the resurrection mean to us today? He tells us that Jesus really was what he claimed to be. St. Paul wrote his first letter to the Christians in Corinth around 55 AD. He reminds readers of what he told them a few years ago – around 49 AD.
“I have given you above all what I have received: Christ died for our sins. He was buried, and on the third day, he was resurrected, as in the Scriptures. He appeared to Kefu, then to the twelve. Then he appeared to more than five hundred brothers at a time. Most of these are still alive, and some have fallen asleep. Then he appeared to James, then to all the apostles” (1 Cor 15: 3-7).
The Christian faith has its roots in the oral tradition of witnesses and apostles. Only a few years after the crucifixion and resurrection, Paul carefully reviewed all the traditions with them. He confirmed the truth of their evidence, as he knew hundreds of other witnesses who were still alive and could have said the same thing. The resurrection is proof that Jesus was truly the Christ-Savior. Without this, there would be neither Jesus Christ nor Christianity.

Jesus Opened the Way to God for Us, so Jesus Is the Only Way to the Father in Heaven

Jesus accepted the sin that separates man from God. St. Paul said this, “But if Christ has not been raised, your faith is in vain, and you are still in your sins” (1 Cor 15:17). The new life of Jesus provides a new life for us as well. Jesus did not rise from the dead to enjoy eternity in inaccessible loneliness. He said to his disciples, “Ye also will be where I am” (Jn 14: 3). The resurrection begins here and now! Because Jesus lives, we can already enjoy his presence today. He is our Savior and Lord at this moment. Paul expressed this succinctly in one of his exclamations: “If anyone is in Christ, he is a new creation” (1 Corinthians 5:17). Gal 2:20).